You are here: Home / Life / Navigating an LDR Amidst the Frat Parties and Casual Hook-ups

My biggest worry in high school was whether or not that boy liked me back. Well, turns out he did, but that “honeymoon phase” ended pretty quickly when we transitioned to an LDR.

IT WAS EASY IN THE BEGINNING.

We got together when I was a senior and he was a sophomore in high school. The two years after my graduation I spent at a community college about five minutes from where he lived. At that time, our biggest concern mostly had to do with what we were going to have for lunch. But then, one graduation and a bunch of college acceptances later, he decided to go to MIT. Great! Right?

I never considered ending things, but that first year of long-distance just might have been the literal worst. I never realized how needy I was until he left. But still, I knew we had to do this because it would be worth it in the end. I also understood that the title of the “smarter,” “more accomplished” one would belong to him. I felt so incredibly proud, but what was I contributing? Then he told me to shut up and stop feeling so bad about myself… in a nice way. It was pretty good advice, I suppose, considering that I eventually got accepted to every school I applied for. I was officially UCLA bound!

HE NEVER STOPPED LETTING ME KNOW HOW PROUD HE FELT FOR ME.

He had such a positive experience his freshman year, he convinced me I would too. Freshman year provided an opportune time for me to grow as an individual, to explore my interests and develop life-long friendships. I figured, “He and I are both going to be away at school now. Maybe the LDR thing will be easier.” Nope.

One day after moving in, I felt incredibly uneasy and had no idea why. I called him and he casually explained, “Oh yeah, you’re homesick.” I cried immediately after and didn’t stop until probably two weeks later.

Then, cuffing season hit me like a moving train. Not only did I struggle just to function properly, but I swore everyone was rubbing their new relationships in my face just to spite me. My roommate found someone on Tinder. Our mutual friend was dating girls on Tinder. My closest friend was hooking up with guys they met on Tinder. Everyone just about had Tinder fever! For the longest time, UCLA college culture convinced me that if I wasn’t getting wasted at frat parties, made less than ten friends, or didn’t land some fall fling, then I must be doing something wrong. But after some real conversations with some people, I realized that it’s all for show. Every student has felt homesick or that imposter syndrome at some point. Casual hook-ups seemed to be a popular remedy. It’s a valid option, of course, but not one I wanted to choose.

Cuffing season continued to be my worst LDR nightmare.

Never had so many people asked me about whether or not I was single. I got so many weird comments ranging from “you should get pregnant and lock him down” to “maybe you should have an open relationship.” No, thanks. While many didn’t understand why or how I maintained my four-year relationship with a guy 3000 miles away, I was okay with not flirting at frat parties or hooking up with whoever. But God forbid that a couple held hands or kissed in front of me. THAT was just cruel.

I wish I could say that being in college long-distance relationships gets easier, but I don’t think it does. Going from spending every day with someone to then having to navigate a completely foreign space alone, can be a scary thing. It could also be the greatest motivator. I never thought myself capable enough to attend a prestigious school like UCLA. He always believed in me more than I did. Even though the “college culture” can be unkind to people in an LDR, I learned to trust my own abilities more. UCLA is meant to serve me. I might as well kick a** while I’m here. 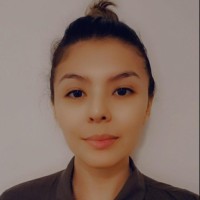 Iliana is a 2nd-year transfer student studying English at UCLA. Currently in search of sleep, sanity, and the Shire.

Top 10 FOMO-Worthy Events at St. John’s University
Next Post: What Finding a Church in College Taught Me