You are here: Home / Life / My Crazy Encounter With a Pregnant Homeless Lady

If you stumbled across a woman in labor, crying for help, what would you do? Stand by and wait for someone else to take action? Or would you step up and become the hero? My friends and I found ourselves in this very situation once.

Not every day do you expect to stumble across a water breaking scene on your drunken walk home. Crazy Friday night, huh?

My friends and I had just left a comedy show that we frequently went to during the year. It helped with forgetting about the pressures of our lives as full time students busy with exams, projects and jobs. We laughed and reminisced about our favorite performers as we walked down State Street in efforts to find something to eat. My mouth watered at the thought of something that could soak the alcohol running through our bodies.

Our drunken stumble lead us straight to Taco Bell because why the heck not? Super cheap and not too far from the bus stop, we took our food to-go. Chalupa Cravings Box in hand, we headed toward the bus stop to drop off our friend Ryan since he lived on the other side of campus. I will never forget what we found at the bus stop.

A seemingly homeless, pregnant woman sat at the stop clutching her belly.

She rocked back and forth, biting her nails and talking to herself. Her clothes, stained and dirty, reeked of cigarettes. You could smell the alcohol on her breath with her every word. Given the fact that she had a baby growing inside of her, this concerned me.

Other bystanders took their turns staring at her but never long enough for her to notice their prying eyes. People walking by turned their heads and watched as the woman cried for help. Astonished that no one offered a hand or even asked if she needed help, I felt horrible knowing people didn’t care enough about her well–being to step up and say something to her. Pacing back and forth, my mind drew up different endings to this story. Worried from her sense of urgency, I feared that she’d give birth on the side of the road.

She continued to shriek in pain and plead for help. Still not a peep came from anyone. I waited for someone to step up. Anyone. After a few minutes of watching this woman beg for bus money, we realized that no one planned on helping her. So we did. My friend Emily approached her. “Are you alright, ma’am?” she said. Based on the woman’s response, she in fact did need help—and fast. Her water had broken, and she feared the baby would arrive soon. Begging for money for the bus, the woman seemed desperate for some. But as 21st century college students, none of us carried any cash.

We had to find a different way to help her.

At this point, I didn’t know what to believe. I could clearly see her pregnant body but for some reason, I still felt skeptical. Still, I hoped that this situation would turn out as an elaborate scheme for money. That said, that didn’t stop me from wishing that she’d find the needed help. The thought of bringing a child into such an unstable lifestyle scared me, but we had to move past that point. Judging someone else without at least trying to help felt wrong.

We sat down next to her and told her that the two free buses that run this route quickly approached and could drop her off near the hospital. Her wails grew louder with each passing minute, making everyone at the stop uncomfortable and nervous. When the bus arrived, we rushed on and claimed a seat. The woman gripped so tightly onto Emily’s offered hand that she winced in pain. She whispered to the mother-to-be that the woman would make it through this. Eyes widened and eyebrows raised, we cared for this woman despite not knowing if she lied or not.

No one on the bus made a sound, with the only noise coming from the pregnant woman.

Hanging on, gripping harder and harder with each turn of the bus tire, the woman made me nervous. I mentally prepared to witness the birth of a child.  Meanwhile, others on the bus removed their headphones to tune into the hottest drama Bus 80 had ever experienced. Unfortunately, we hopped on the bus at the last stop, which meant the bus driver could take a 15 minute break before continuing the route. We didn’t have that time to waste. Without much of a choice, though, we stayed with her while the driver took a smoke break. With each passing second, her screams grew louder and louder.

While we waited, a man who seemed to know the pregnant woman got on the bus and wanted to take over for us. The man sat next to her, holding her tightly. His calm demeanor, however, seemed too relaxed for the situation at hand. Since the woman had a new head caretaker, my friends and I got off the bus. But the woman wanted nothing to do with the man. My friends and I stood frozen, watching them talk through the bus windows, though we couldn’t make out the words.

The man stood over her and yelled, waving his hand to motion the woman to get up. We couldn’t believe our eyes as we watched them exit the bus together. Why on earth would she get off the bus that would take her to the hospital? We didn’t know. But we did know that she needed to get to the hospital despite her refusal to take the bus.

Called from Emily’s account, we waited for a Lyft. Standing there, I asked the woman if she knew the gender of the baby. A baby boy she told me before asking Ryan and me for our names and promising that she would name the child after us.

When the Lyft arrived, we walked the man and woman to the van, opened the back sliding door and practically shoved the two inside. The door slid shut and we had done our job. By this time, the bus had left and Ryan had missed his ride. Assuring us that he could make the walk home, he wanted to use the time to reflect on what had just happened.

Emily and I began walking home filled with adrenaline and shock. Seeing Lyft takeoff toward the hospital, we thought we had seen the last of them. Oh, so we thought. Apparently you can’t Lyft pregnant strangers to the hospital despite how good your character.

A few minutes into our walk, we received a FaceTime call from Ryan.

Thinking he wanted to talk about what had happened, his sense of urgency indicated otherwise. We answered the call to see the pregnant woman and the man exiting the Lyft as the driver paced back and forth with her hands on her hips. Soon the cops arrived to the scene and began questioning the two. Ryan filmed them for a couple minutes, but it seemed as though things had come to an end. We did what we could.

We never found out what happened to that woman or her baby. To this day, I still think about what happened. What I’m left with: unanswered questions and an amazing story. However, we know for sure that Emily’s Lyft rating took a major hit. 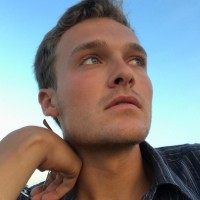 Hello! I'm Mitchell Pralle, a senior at the University of Wisconsin-Madison. I study journalism, communication arts and digital studies. I am a passionate professional, who believes your voice is your power. Writing and communicating each day makes me a better person.

Soft Skills 101: A Guide for Every Job Search
Next Post: 15 Public Speaking Tips to Keep You From Throwing Up On Stage