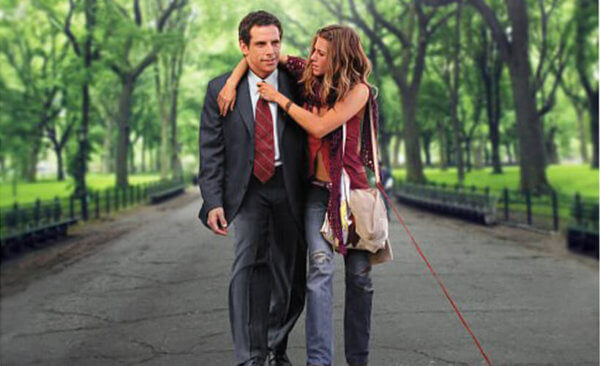 Raise your hand if you dread the creepy, cheesy and cringe-worthy pick-up lines thrown around at parties in hopes of a sloppy hook-up. Girls and guys alike, myself included, all have horror stories. At a crowded frat party, I found myself face-to-face with the supposed captain of Penn State’s track team who rested his laurels on the premise of status and gagtastic, “If you were an emoji, you would be the fire.” Ladies and gentlemen, if you find yourself spewing anything along those lines to a potential hook-up, significant other or any human being, rest easy alone with body pillow every night. I say it’s about time for some positive and thoughtful compliments between the genders.

Tread lightly when complimenting the body because men and women look in the mirror and tend to see too much fat, too much bone, not enough muscle and every other insecurity under the sun. Interestingly, but not surprisingly, some men and women seem to have more faults with compliments on their body than any other feature. “Guys will say ‘You have big boobs,’ and it’s just like yeah I’m aware…I can’t help that they are noticeable. Honestly it just feels like I’m being sexualized instead of complimented,” Penn State junior Katie McLearn said. Preach, girlfriend.

How to not be creepy: From experience and horror stories avoid boobs, height, butt and penis size when “complimenting” someone. If you’re drunk, a good rule of thumb to follow is to avoid referencing anything below the shoulders. In any other situation complimenting the body could create unwarranted awkwardness. Save the body compliments for right after a workout.

They say eyes are the window to the soul. Although a little too romanticized for my cynical views of love, lust and the feels, the eyes definitely play a major role in impression and attraction. “When I approach a woman that catches my attention, I tend to comment on something that’s going on in the immediate environment…after, or if the conversation is going well and flowing, I would comment on her eyes,” Penn State senior Adam LaCaria said. While LaCaria adapts to the situation, Penn State junior Jack Lawler finds success in a ritual focused on honing in and complimenting the eyes, even if they don’t catch your own eyes initially. “I always tell girls they have the most beautiful colored eyes I’ve seen. Even if they’re brown,” Lawler said. Although seemingly redundant, Lawler doesn’t discriminate and makes every girl he approaches feel special.

How to not be creepy: Ladies and gentlemen, if you take away anything from this article, I hope you learn that complimenting someone’s eyes is the hardest compliment to mess up.

No one can deny the importance of my mantra, a good hair day is a good day. I see you boys with the excessive amounts of gel to create that perfect Jimmy Neutron look. Shout out to the man bun too; we haven’t forgotten you as much as we wish we could. The greatness of hair falls in the way of being able to quickly or radically change your look with a new hairstyle instead of constantly hiding beneath the brim of a baseball hat. “When I get ready to go out for the night and somebody I’m just beginning to date notices I put in a little extra effort and says, ‘Wow your hair looks beautiful,’ it goes a long way because I usually don’t do it,” Penn State sophomore Emily Karpf said. The hair can be a total make or break for any outfit, so these compliments are encouraging when people notice.

How not to be creepy: After you lay out that perfect butterfly-inducing compliment, do not touch that special someone’s hair. Who wants gel all over their hands and wants to ruin the art they just complimented? Also, although not necessarily creepy but helpful to your game, never tell anyone who switches up their hair for a night that you like their hair better than normal (shout out to my curly haired homies).

Compliments don’t stop as soon as that one person scoops you up as their boyfriend or girlfriend. Penn State sophomore Nicole Arujo finds herself blushing and feeling the tickling of wings with compliments from her SO that a drunken encounter with a random could never surmount to. “After being together for close to two years now, the compliments we share go far beyond superficial characteristics such as physical appearance. Although we love those, and they may be very necessary once in a while,” Arujo said. “He tends to compliment me on the little things…Whether it be a nervous quirk of biting my nails or an unpleasant face I make when concentrating…he will reassure me it’s these little things he loves and pays attention to.”

How not to be creepy: Do exactly what Arujo’s boyfriend does; no ifs, ands or buts. Except maybe when you meet a new potential bae. You could just end up drawing attention to an insecurity.

Calling all boyfriends and girlfriends who need to spice up their relationships, romantic and insightful compliments spark renewed emotions and appreciation. While personality compliments usually surface within developed friendships and relationships, they create the most satisfaction, sincerity and good feeling. The idea of someone noticing a unique characteristic rather than honing in on physical attributes speaks volumes towards your sense of self and relationship with that person.  “In the gentlest way, he’ll tell me how admirable, accomplished and respectable I am, and I value that most,” Arujo said. “Being reassured that your partner wants to support you in everything you do and further aid you in anyway you need to be the best you can be is a fulfilling feeling that is a compliment in itself.”

How not to be creepy: Never act as if you know everything about someone you just met; it rubs off as creepy, demeaning and condescending.

Previous Post:How to Deal with Your Entire Friend Group Graduating
Next Post:10 Hacks for Hungry Gators to Save Money on Food