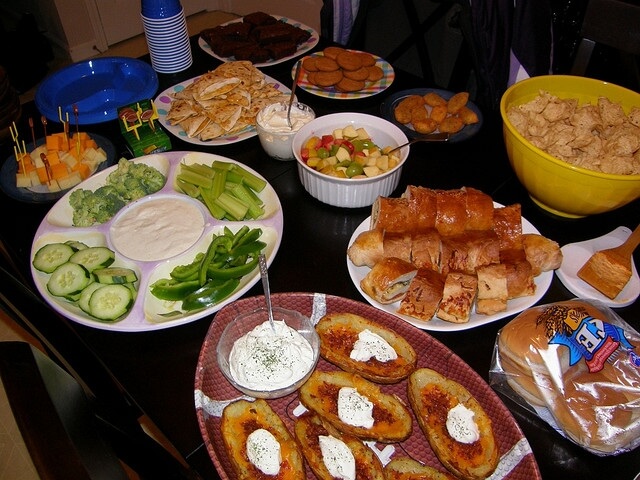 There is no bigger sporting event in America than the Super Bowl. From NFL diehards to casual spectators alike, there are few games like it that hold such an influence over people. Players collide, companies publicize and viewers gather together – all the makings of Super Bowl Sunday.

The Super Bowl dynamic is even more interesting on college campuses. Students are on their own and looking to have a good time, as well as bond with friends or meet new ones. Dan Rost, a sophomore at Penn State University, will be hosting a viewing party in his dorm room. At the University of Maryland, junior Rachel DiDonna and sophomore Tacy Lambiase will invite people over to their apartment to watch the game. However, their aspirations for which team holds up the Lombardi Trophy somewhat differs.

“I’m looking forward to the Giants-Patriots rematch because I’m a huge Giants fan, and seeing them beat the Patriots in 2008 was amazing,” Lambiase said. The rematch for 2012 is eerily similar, with the Patriots entering the game as the No. 1 seed from the AFC and the Giants getting hot at the right time and winning tough road games in the playoffs. “I’m planning on wearing my Eli Manning jersey, watching the game with my friends, and hopefully see Tom Brady cry in defeat.”

DiDonna, who has no claim to either team, sees her rooting interests as more fluctuating. “My mom and my sister are Patriots fans, but my dad is from New York, so he has always rooted for the Giants, so it would be a win-win either way if I was watching it at home,” DiDonna said, a native of Connecticut, right in the middle of the teams’ turf. “But now that I’m near Baltimore, everyone is depressed.”

And unfortunately, that seems to be the case for many University of Maryland students who also wear the black and purple of the Ravens, who were dealt a fatal blow in the AFC Championship game in one of the worst possible scenarios when Baltimore kicker Billy Cundiff missed a possible game-tying field goal as time expired, giving the Patriots their fifth Super Bowl ticket in the last 11 years. “I will definitely not be watching it, not after what happened to the Ravens,” said junior Chris Szczypinski. “The Ravens should have been in there.

Graduate student David James McManus shares in the depression toward the Super Bowl matchup as well. “I’m depressed because both the Saints and the Ravens were eliminated. I’m from the Baltimore area, and I had a rooting interest in the Saints when I went to school in Loyola in New Orleans. I didn’t like football as much before, but once I got to college, I had to find something to do on Sundays.”

After the ridiculously expensive commercials and 2011-2012 football season is officially over, either the fans of the Patriots or Giant nation will be rejoicing. And on college campuses, that means unlimited bragging rights until September, as well as unlimited jersey spotting.