You are here: Home / Life / Dating / How to Break Up with Someone According to Literature

Need a novel way to stage your next breakup? Shutting the book on this chapter of your life takes guts, strength and a tad bit of creativity. As literature shows, not every breakup follows the same formula and you can stage the final farewell lines in many ways. Check out the best ways to express the news to your significant other by borrowing a page from these books.

Here’s how to breakup with someone according to your favorite books.

1. Move to another continent: Portrait of a Lady

While Isabel Archer didn’t move to Europe specifically to escape the marriage proposal of Caspar Goodwin, she definitely felt relieved to avoid his persistent attentions (I mean, at first). Take a lesson out of this future heiress’s book: pack up and cross the ocean when the guy courting you creeps too close for comfort. Sure, the guy Isabel ends up with turns out to be one of the most conniving, despicable patriarchs in literature, but think of all the great friends she made in the process. Either way, we’ll cross our fingers that you’ll have better luck in the marriage department than Henry James’s heroine in The Portrait of a Lady.

2. Stage a violent separation by enlisting friends within the State: 1984

Step One: Build a time machine and propel yourself and your lover into the future—say to 2084. Step Two: Find yourself in a highly oppressive dystopian State. For hypothetical purposes, lets dub this place Oceania. Step Three: Get caught by the Thought Police with your lover in a rented room above a shop and turn each other on while in prison. Viola—using this method from George Orwell’s 1984 you’ll likely never have to worry about that awkward get-back-together stage. Though we can’t promise it won’t be slightly awkward when you run into each other in the future.

3. Make sure your significant other overhears you trash talking him or her: Wuthering Heights

If you identify Catherine Earnshaw from Emily Bronte’s Wuthering Heights as your spirit character (interesting choice, but we’re not judging), her inadvertent and soul-crushing yet highly effective technique of repelling Heathcliff may fast track your break-up. You’ve decided to marry your super cute, rich neighbor despite your extremely strong connection to your broody soulmate (slightly understandable given social restrictions of the nineteenth century). How do you let the love of your life know that you no longer vibe with his tarnished rep? Simply make sure he overhears you bemoan how marrying him would “degrade” you. This method boasts a 100 percent effective rate (if your goal consists of causing the love of your life to run away for three years).

We know Mr. Bingley didn’t mean to break things off with Jane, but like it or not he ghosted her all the same. Intent on making a better match for their brother and friend, Mr. Bingley’s sisters and Mr. Darcy distract Mr. Bingley in London, convincing him that the love of his life, Jane, lacks the hots for Bingley that he has for her. If you hate your roommate’s new boyfriend or girlfriend distract him or her in a cool new city, telling tons of lies until he or she forgets the ex-lover entirely. It might sound complicated and it probably wont work; but, hey, totally worth a shot.

5. Suggest that your significant other spend the rest of his or her days in a religious order: Hamlet

Borrow words from the immortal bard and simply order, “Get thee to a nunnery” (or monastery, for those ending things with a bothersome dude). By ordering your significant other to preside within the physical and social boundaries enforced by religious orders, you accomplish many things at once. You’ll never awkwardly meet them on campus because they’ll be too busy with religious activities. Perhaps most importantly, your ex will remain single forever, so you’ll never have to concern yourself with stalking his or her new girlfriend or boyfriend via social media (think of the time and jealousy saved there). Just make sure your significant other doesn’t take the news quite as hard as Ophelia did. That would be very bad.

6. Run away with another lover only to have your first and second lover murder each other: Blood Wedding

On the more gruesome side, this option really frees you up from having to deal with the annoying persistence of lovers, unless you’re the Bride in Blood Wedding. Written into a highly religious and traditional setting where women rarely select their own husbands, this character struggles from the beginning of the play. The bloodshed probably isn’t worth it and you’ll certainly cause a ton of grief, but this is certainly an option for those seeking to unleash their inner drama.

One of the most heartless breakup methods, this tactic requires unshakeable social ambition and little to no conscious. For tips on how to achieve this ruthless strategy, consult Undine Spragg, the protagonist of Edith Wharton’s Custom of the Country. Are there benefits to this method? Perhaps you too will accumulate a fortune at a high price. Warning: choosing to breakup with your significant other this way may result in a lifetime of dissatisfaction and many divorces. 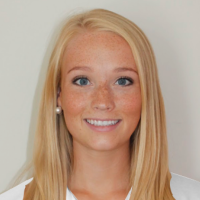 Do I Really Belong at the University of California, Berkeley?
Next Post: 10 Quirky Clubs at Iowa State University You’ll Want to Join