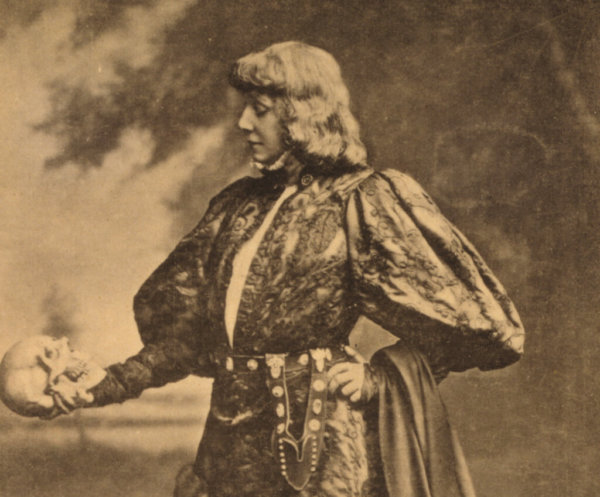 How to Become An Actor

People tend to think of acting as an “all or nothing” career. Despite the real difficulty of acting, it is a rewarding profession open to anyone. In other words, you don’t need Brad Pitt’s jaw or Jennifer Lawrence’s cool chick personality to succeed in the acting world. However, the ratio of super stars to working actors remains about ten billion to one. Of course, many superstars are serious actors, like Meryl Streep and Gary Oldman, but a serious actor might spend his or her entire life without setting foot in Hollywood and still be successful. The options that actors have nowadays can get overwhelming and serious students of the theater are frequently poets, critics and dramatists themselves. Although everyone fights for stardom, you can still have a successful, rewarding career without ever finding yourself on the silver screen.

Here, we outline the reality of how to become an actor using advice from working actors.

Did you know: Some people consider the term “actress” to be obsolete and sexist. As Whoopi Goldberg said:  “An actress can only play a woman. I’m an actor—I can play anything.”

What Does An Actor Do?

Actors don’t limit themselves to the big screen. A professional actor can find herself working in a London Shakespeare production one month, a television commercial the next and a touring Broadway musical after that. Depending on your skill set you might find yourself in a variety of productions across the globe. Do you prefer Elizabethan drama or classic Hollywood? Can you sing and dance? Can you do accents and impressions? Here is a list of just a few job opportunities available to you as a working actor:

What Does it Take to Become an Actor?

Most people would kill for a chance to star in a blockbuster. But no matter how much fun it seems to star in a movie, the acting itself can get hard. Remember that acting is not easy. Actors spend countless hours perfecting their craft, working themselves even to the point of exhaustion in order to achieve satisfaction with the character they want to portray. Acting requires an incredibly high degree of will power, perseverance and self-discipline. Truly, when it comes to acting, it seems as if you’re either famous or you’re not. You’re in Beverly Hills either as a homeowner or living on someone’s couch; you’re either Marilyn Monroe or you’re nobody. “You may never book a job or you may become a superstar,” said actor Oliver Rotunno.

With other careers, you have a good chance of achieving your goals using hard work. But with acting, sheer hard work sometimes isn’t enough. Rotunno said, “You’re usually doing more than just acting. Believe it or not, theatre can get very physical. Actors often help to move the set during the show.” Anybody can memorize lines of dialogue and practice them in front of the mirror. An actor must act—and unless you can confidently perform those lines in front of thousands, possibly millions of people, then acting might not be right for you.

Actors must remain witty, versatile, flexible and understanding. The very nature of acting is paradoxical because actors must nurture a high degree of empathy in order to understand and portray real human beings. Simultaneously actors are liars, in the sense that they create behaviors in order to represent characters. Actors are expert manipulators with the incredible ability to morph into another human, all while remaining calm before a large audience.

Much of the difficulty of acting also stems from the profession itself. “Remember it’s a business,” actor Richard Lonsbury said. “Money is on the line. People’s jobs are on the line. There’s a high amount of pressure. If you look outside the stage door, there is a pack of ravenous wolves waiting to take your job.” Competition can get fierce in the acting world. This doesn’t mean you won’t succeed, but again, it certainly won’t come easy.

What Type of Education Do I Need?

Unlike most careers, you don’t need a serious education to act. In some instances, you don’t need any education at all. Jennifer Lawrence dropped out of high school to pursue acting, while Heath Ledger and Brad Pitt made similar decisions. Now, that doesn’t mean you should drop the textbook and binge watch Netflix. It’s never a good idea to bank on the near impossibility of becoming as successful as these actors, and you should certainly take advantage of the opportunity for a formal education in theater arts.

In college, you will not only hone your acting skills, but broaden your horizons. You will network with professors, students and fellow actors, all the while perfecting your craft. The amount of work you put in will force you to seriously consider whether you truly want to follow this career path. A bachelor’s degree in theater arts certainly does not guarantee you a spot on the next season of Better Call Saul, but it might just provide you with more opportunities than actors without it.

What Should I Know About Being a Professional Actor?

1. What income will I earn as a professional actor?

In general, the average actor salary ranges from $30 to $50 per hour in the United States. Your salary depends on a variety of factors, including the type of acting you do and how often you work.

2. How much will I be expected to work as a professional actor?

“As an actor you will be expected to work long hours, audition your heart out, and be consistent with your craft,” said actor Enrique Ricky Aurelio. “Another key expectation is to stand out from everyone else by taking those bold chances that you think may not even work.”

“How much you can ‘expect’ to work as an actor comes down to this equation: hard work [plus] luck [plus] talent [plus] networking [equals] jobs, but also nothing is fair or certain. So expect nothing, work hard, be good at what you do, stay flexible and humble and you’ll figure something out,” Rotunno said.

“There’s no answer to that question that wouldn’t be a lie,” said Lonsbury. “What work environment are you ready for? One where people are rude and feelings don’t matter? Or one where everyone hugs before the read-through? I’m not an alarmist, I just want to stress the reality that you should be prepared despite the work environment. Be ready for anything because you are a professional.”

4. What do I need to know about the future of the acting profession?

“You should know that the entertainment industry becomes more competitive with each passing day, but so does any industry,” Rotunno said. “Electronic submissions are very popular, so you will need sufficient promotional content: demo reel(s) (theatre and on-camera and eventually comedic and dramatic), an audio reel, headshots/candid’s, a resume, photo galleries of past work and a website.” With the rise of social media, your internet presence can make or break your acting career. “The stronger your social media game is, the better it will play with American studios, at least in the context of Hollywood,” Lonsbury said. For better or worse, it’s an important part of the game.”

3 Skills You Need to Become a Professional Actor

Actors need to work hard, which occasionally means working every day of the week. “I just originated the role of Jon Snow (plus 14 other characters) in the national tour of Musical Thrones: A Parody of Ice and Fire,” Rotunno said. “I am typically ‘at work’ from 6 to 10 p.m., but I am with the cast and crew twenty-four hours a day, seven days a week. Many of those days and hours are spent in a van traveling the country.”

Acting takes guts, which means learning to prepare yourself for the toughest situations. “If you want to play in the NBA you have to train like it,” Lonsbury said. “You’ll be expected to work a lot. It’s a jungle out here, literally everything around you can and will gladly eat you. There’s only one seat on a rocket ship to the stars, and 10,000,000 people will fight to the death Hunger Games style for it. They’re willing to show up early and stay late for that seat.”

Actors need empathy in order to create the characters they want to portray. On the flip side, they also need to handle a certain lack of empathy coming from the audience. “You may be working with human emotions, but very few people care about yours,” Rotunno said. “When I need to put my game face on, I will tell myself, ‘No one cares about your feelings, now do your job.’”

“The environment is essentially your place to create as an artist. Just keep in mind the basics. Listening, being prepared and your ability to take direction are more powerful than you think. The future in this profession lies in the desire for artists to make the world beautiful and that X factor that lies ahead that will evolve the future of entertainment. At this point, renaissance is extremely important.” – Enrique Ricky Aurelio

“If you’re in a touring production, you’re going to have to perform all of your actor duties on top of traveling as a group and you usually won’t get enough sleep. You may travel to places that make it difficult to perform. That being said, when you get involved in a project with good people, your work life is amazing. Your cast and crew will likely grow to be more like family. Theatre is all about ‘the tribe’ and it’s a community the likes of which does not exist in many other places.

It may sound harsh, but if you are not prepared to deal with the reality that this is a business, do not become an actor. Be prepared to spend a lot of money on your career and work a non-acting job in order to attain it. Develop your ‘survival job’ skills now, whether that be waiting tables, nannying children, walking dogs, temp work, computer coding, etc. You are the product and you have to market yourself relentlessly. If you decide to become an actor, I salute you, congratulate you and wish you all the success and luck in the world.” – Oliver Rotunno

“Be authentic, be high energy, be you. Above all, be consistent. Studios, production companies and theater companies love it when you already have some type of fan base/following. Kevin Hart leveraged his huge following to get paid more for each movie. Essentially: Your skill level is the engine. Your social media presence is the wheels. Your consistency and indomitable will is the gas. Treat your acting career like a business, it will become your business and you’ll get paid like a business. Treat it like a hobby, you’ll get hobby pay. My advice: you don’t need permission to do great work.” – Richard Lonsbury 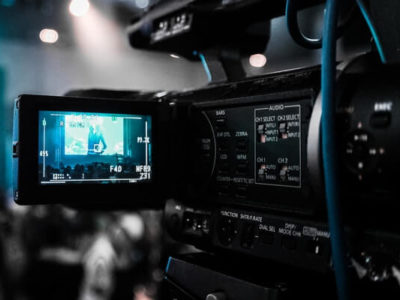 How to Get Your Big Break in the Film Industry 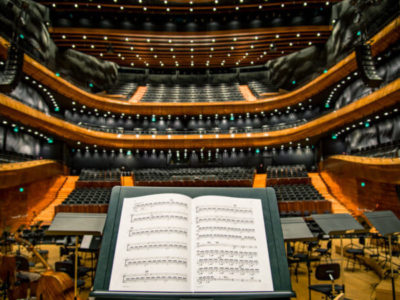 Top 10 Theatre Internships to Keep Your Resume in the Spotlight 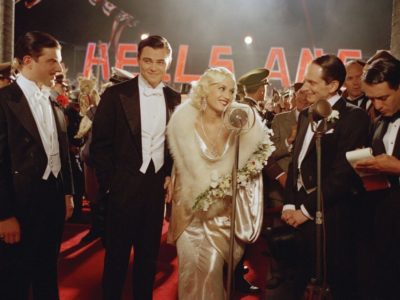 10 Ways to Make Movies Without Having a Famous Dad

Previous Post:How to Harness What Motivates You to Power Through that Tough Assignment
Next Post:24 Things to Do in Pittsburgh in 24 Hours