You are here: Home / Life / Dating / How Dating a POC Helped Me Accept Myself as an Asian-American

But I’m not, I’m a second-generation Korean living in America. Both a sentence I’ve said many times throughout the course of my life and a sentence I continue to hear often. It’s a confusing thing, being of mixed race because it always feels like an incomplete identity. Many challenges arise like who do I identify with, not being taken seriously in my education regarding equality and politics, and a lack of acknowledgment from my peers that I experience racism too.

My mother and uncle were adopted from South Korea by a white family in the 1960s.

They were the only Black, indigenous or people of color (BIPOC) in my family due to my father and half-siblings being white. As a child, the fact that I had a predominantly white family didn’t phase me. I lived in the Chicago suburbs so BIPOCs wasn’t a novelty, they were a large part of my community. Then at 11 years old, I moved to Iowa and rarely saw any BIPOCs. According to the WorldPopulationReview of 2020, Iowa is 90.2 percent white, 2.4 percent Asian and 3.51 percent Black. This, coupled with the multitude of people called me “basically white,” I began to identify as being only white, ignoring the racism I experienced, such as being calling a chink or zipperhead, and registering that I was Korean but never making the effort to educate myself on Korean culture or the history and struggles of other ethnicities.

Then going to college I began taking classes such as Women and Gender studies and Intro to African American literature. I had always been passionate about dismantling oppressive systems and encouraging equality but I had no idea how to start educating myself in the true experience of BIPOC communities. Those classes incited me to challenge my thinking on why I  was so comfortable with only having white friends and never expanding my inner circle to BIPOCS. I threw myself into readings, social media activism and breaking down my own privilege, such as why and how Asian-Americans are more accepted by white people and have more opportunities in school and jobs than other BIPOCs.

And then I met Aldo.

We’d gone to high school together. Over time we began dating and he revealed to me that he was here on Deferred Action for Childhood Arrivals (DACA). He had come from Mexico as a child with his family to live more comfortably and have a better life with a wider education and secure access to basic resources. Starting with him, I learned what an immigrant experience is like in America, along with more exposure to other BIPOCs through practicing my Spanish with his family and being introduced to his friends from Black and Latinx backgrounds. From there I developed a deeper understanding of the Latinx experience, such as

their aversion towards running into or asking for help from law enforcement. This perspective gave me the confidence I needed to begin asking questions. Through mutual friends and the Black Lives Matter protests, I learned more about the black community and got more first-person descriptions of the experience of being black in America. I was always aware that black Americans had their own history and culture, but I began to see and experience the tight-knit communities that developed from common struggles, like limited access to law enforcement and equal opportunities.

Being exposed to new communities was eye-opening and it helped me accept who I was as an Asian-American.

As I began making more friends with BIPOCs and dating Aldo, I began to realize how good it felt to not have my Korean identity be brushed off as being “basically white.” Aldo asked me questions about being Asian and my experience in America with racism and oppression. Instead of asking me questions like, “Where are you from?” He asked about my culture and offered an understanding conversation when I explained the racism Asians have been subjected to since the beginning of the COVID-19 pandemic. He showed me the community that BIPOCs developed under the shared oppression and he recognized the BIPOC in me. Along with these personal experiences, I began listening to the message behind music by NWA, Tupac and Wu-Tang Clan and reading articles/books from more women of color, which deepened my education and understanding of a history I was unfamiliar with but knew were important to make a change.

Through deepening my understanding of many BIPOC histories and cultures in America, I realized I could become a bridge for the white community and BIPOCs in order to expand more people’s understanding of how America really is when it comes to racism and inequality. If I have the education and understanding of the similarities and differences in each culture, along with acceptance by both sides, I believe I can use this tool to fight harder and better for equality and acceptance for all. 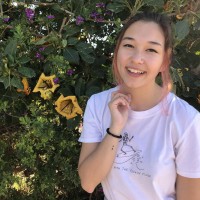 10 Overlooked COVID-19 Safe Spots to Hit Up in NYC
Next Post: 10 Steps Every Drake Bulldog Should Take Before Graduating