You are here: Home / Campus life / Berkeley / Save the GPA: Top 10 Hardest Classes at UC Berkeley

Dear freshman (or any other curious reader), UC Berkeley takes pride in its academic rigor and difficulty. After all, the university discovered 16 elements and 31 alumni have received a Nobel Prize. This results in a school populated with a lot of smart people and faculty who constantly look for ways to make everyone smarter. As you can imagine, smart people creatively making new ways to make other smart people smarter creates some terribly hard classes. I’m sure you’ll find that out one way or another as a student here. Even with its reputation as a hard school, a few particular classes notoriously stand out among the rest. If you love your GPA, try your hardest to steer clear of these if you can.

As UC Berkeley’s chemistry is ranked 1 globally, it makes you question just how difficult chemistry courses may be here. Berkeley Chem challenges students on all fronts and Chemistry 12A asserts itself as one of the classes many students dread. This class studies the fundamentals of organic chemistry such as nomenclature, reaction mechanisms, multistep synthesis and theory. To those in humanity-based majors, these terms probably just read as “blah, blah, blah.” The drain from this class stems from its lab-lecture combo.

When in-person, Chem12A boasts an 8-10 a.m. lecture and a 5-10 p.m. lab session. “I remember a deep sadness every morning I walked up the hill for that lecture. And you have no choice about going because you’ll have no idea what is going on if you get the notes from a friend,” UC Berkeley Senior Charlie Kim said. Besides the class’s extremely challenging curriculum, the typical student has three more classes on top of this beast of a course. This class might make you cry and it will definitely make you both an early bird and a night owl. If you identify as a chem or a chem-engineering major—best of luck and work hard to beat the challenges of this chemistry monster of a course.

COMPSCI 61A — The Structure and Interpretation of Computer Programs; B+ Avg.

Kicking off the first of many brutal computer sciences courses on this list: Computer Science 61A. This course focuses on abstraction techniques for managing program complexity. I am no computer scientist—I could barely write in Hello, World_!—but this sounds enormously difficult. CS61A amplifies college calculus and expands into new difficulties. Needing a thorough understanding in calculus in order to “manage program complexity”—the course description’s words, not mine—makes for a nightmare of a class.

Secondly, this class remains a roadblock towards the CS degree. In other words, one must go through this class to complete the computer science major. Computer science easily pops into the hardest major at Berkeley discussion and for good reason—four major courses easily make among the top 10 hardest major list at Berkeley. But remember Bears, don’t let these four courses deter you from that coveted job in Silicon Valley.

Math 1B—the freshman slayer, the rude awakening, the “why did I come here?”—serves as a textbook example of a “weeder” course.  For those who don’t know, a “weeder” course possesses such ridiculous difficulty with the intention of making unsuspecting students drop the class. “You have all these smart freshmen who say, ‘Oh, I got an A in AP Calculus BC,’ and they have no idea there is a realm of math like this,” UC Berkeley Junior Ethan Kang said. Even the course description reads deceptively simple. For many freshmen, this course might just kill your 4.0—you’ve been warned.

Nothing really discrete about this one—Computer Science 70 often stands out above the others as one of the hardest classes many computer science majors will ever take. When it comes to coding, typically the coding mechanism works or it doesn’t. This immediate feedback lets you know if you did something wrong. However, written homework doesn’t work like this—if you do something wrong on paper, then you find out by getting the problem marked wrong.

We arrive to CS 70’s most toxic trait. “The most difficult part of CS70 for me was learning to apply the logical thinking used in coding problems to problems on paper,” UC Berkeley Joshua Baum said. With no feedback mechanism, CS70 presents no easy way to know if you did the problem set or proof wrong until after the grade goes in. Computer science problems, pen and paper and no feedback mechanism makes for a bad time which this class will be sure to give you.

COMPSCI 172 — Computability and Complexity; B+ Avg

Like a bad boyfriend—Computer Science 172 will teach you a lot about language theory, complexity and randomness. More seriously, this class focuses in on finite automata, Turing machines and RAMs. Although this class will push you to your limit, it can actually be quite fun —if you enjoy highly theoretical thinking of course. “Majority of the people who take this class have already gotten A’s in the lower level CS theory courses, so this one moves extremely fast,” UC Berkeley Junior Luisa Dave said. A class with such a focus on complexity and abstract theories that moves at such a fast pace makes for an unforgiving environment. Falling slightly behind in this course results in a super snowball effect that will drag your GPA way down.

Saved by the curve has become a popular anecdote of the survivors of Math 54. For this class, exam averages nearing 50-60% comprise the norm and falling in the 50% range will end up landing you a C. If you identify as the student at Berkley who’s never earned a “B” in your life, you might find a “C” a hard pill to swallow. Standard deviations will become your best friend or worst enemy depending on which side of the average you fall upon.

The linear algebra class in high school only had a few kids, and this course is a “weeder” version. Many start and many less finish the class. At Berkeley, when the words “Math 54” get uttered, all math, engineering and CS majors cringe in unity. And if you find anyone who doesn’t, I suggest making friends with them because they must be exceptionally smart. That, or extremely delusional.

Chem 3B — Chemical Structure and Reactivity; B- Avg.

A group of pre-med students came to the consensus that Chemistry 3B might be the hardest course of many different pre-med tracks at Berkeley. My research as to what goes on in the class didn’t go well at all—I can barely tell you anything about it by reading the description. The class deals with chemical reactions and amino acids, and from what the pre-med group told me, at a frighteningly in-depth level which involves a massive amount of memorization.

Studying these memorized pieces of information coupled with applying the information into reaction calculations becomes massively difficult. “Every question is essentially asking the same thing and it’s hard to identify what you need to do, regardless of how much you practice,” UC Berkeley Junior Apoorva Dhingra said. Material and concepts that don’t care how much you practice attest to the challenges you will face in Chem 3B. Thus, its earned its rightful spot on this list.

MCELLBI 102 — Principles of Biochemistry and Molecular Biology; B- Avg.

A “B”—otherwise known as the silent GPA killer. While a “B” won’t kill you, a “B minus” salts the wound. 3.0 versus a 2.7—that’s a tough one. Yet, getting a 2.7 in this class means the class get the best of you. Molecular Cell Biology 102 class consists of a cross between organic chemistry and biology. Both subjects heavily focus on memorization, so you can probably guess that this class requires a big pile of flashcards. “Because it is a survey class there are so many topics covered and they all require so much more memorization than other classes,” junior Kelly Rong said. If memorization makes you smile, you just might be able to big brain this one and escape with an A. But many have tried and many have failed—with a B- of course.

Rounding out the four horsemen of the CS major requirements lies Computer Science 61C. Of the CS61 trinity, I have been told that 61C has an easier curriculum than the first two. CS61 C expands upon the difficult fundamentals of 61 A and B, perhaps making this the easiest of the three. In this class, the scope of computer science begins to expand beyond math and code , moving into memory management and operating systems.

Don’t be fooled by its reputation as the easiest of the three—CS 61 C contends for a top spot on many graduate’s lists of their hardest courses ever taken. Even in all its difficulty, you’ll feel proud in knowing you got this far—and you’ll undoubtedly complete the last one. A little shoutout to computer science majors—several required classes have ended up on this list and they must complete all of them with an average GPA of 3.0 or higher to apply for the CS major. A feat in and of itself, I must say.

A lot of these “hardest classes” include the ones that simply cover introductory topics “in greater depth.” “In greater depth” seems to catch a lot of students by surprise. In the same way, we have “Berkeley Time” (starting 10 minutes after the posted start time), we should also have “Berkeley Depth” (a surprisingly heavy amount of extra information that will drag your GPA a down substantially). Econ 2 can be thought of as the “Berkeley Depth” version of Econ 1. As Econ 1 also identifies as a difficult class, this means Econ 2 becomes a new depth of difficulty. Luckily, this course covers interesting material such as consumer choice, market interaction and economic growth. If none of this interests you, no worries—but I would recommend not majoring in Econ if that’s the case.

If you made it to the end of this list and wonder “Where the heck is my difficult class?”—I understand. UC Berkeley takes pride in its difficult school reputation. This list comprises the classes that land just a notch above the rest and round out the top 10 hardest classes at Berkeley—otherwise known as the major changers, the tear invokers and the GPA slashers. If you have to take any of these be sure to bring that Berkeley work ethic. You can do it. Go Bears! 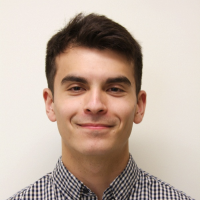 Get Out of Town: 10 Road Trip Ideas to Get You Out of That Dorm Room
Next Post: 24 Things to Do Around UC Berkeley in 24 Hours: COVID-19 Edition