I Got My Letters…And They Were FOMO

A true love of Harry Potter can bond people in the deepest way. I know this because in seventh grade, that’s what created a friendship between me and the two girls who are my best friends to this day. We were the three musketeers in a sense, and when we went to high school, we doubled the size of our close-knit clique.

The six of us know each other better than anyone else in the world. My high school friends and I were, and still are, each other’s number one support system and personal squad of cheerleaders. When we graduated high school and went off to separate colleges, any new friends we would make had some high expectations to try to exceed.

Fast-forward to my first few months of freshman year. Having had a close-knit group of friends all my life, I dreamt of having the same kind of clique in college. After passing through the rocky “get-to-know-everyone-they-could-be-your-best-friends-in-the-future-even-though-meeting-people-is-so-weird” stage of freshman year, I finally found that kind of camaraderie with three girls in my hall.

Our friendship might have started out as a matter of convenience, but it quickly developed into a bond to rival my high school pals. Throughout the semester, we saw each other through everything from failed speeches to boy drama. Sure, my new friends might not share my love of Harry Potter like my home friends, but I grew to love and rely on them all the same.

My college crew became a part of my daily routine at school. We all ate dinner together, did homework all night all cramped into the smallest of our three separate dorm rooms and on Friday night, we would celebrate the end of another week at the same apartment party every week. It became a running joke amongst all of us that we needed to find more girl friends than just the four of us, but I was perfectly happy with the way things were. I’d found the close crew that I wanted so desperately when I left my home.

Winter break didn’t bring the end of my constant contact with my college friends, but it brought me a sudden uneasy feeling about big changes in the semester to come. During our month off from school, my three new besties all decided that they were going to participate in sorority recruitment when we got back to school.

I briefly entertained the idea of joining along with them until I took a look at the cost of membership. I decided it would be financially wisest to abstain from joining Greek life until sophomore year. My brain was applauding my responsible judgment, but my heart was aching with anxiety about being left in the dust by the girls that I considered my sisters even without a bid to make it official.

Our first two weeks back at school kept my friends busy with recruitment while I sat solo in the dorm, nervously wondering whether our friendship would remain as tight once they each had hundreds of new girls to get to know. On the last day, all three of them returned home in brand new sorority T-shirts, overwhelmed with Facebook friend requests from new sisters and jumping around with excitement and relief at getting bids to their top houses. I was elated that my friends were happy, but on the inside, I was filled with a sickening mixture of jealousy and fear that no amount of self-pep talks could squash.

I chose not to join Greek life, but once my friends started pledging, it became a huge presence in my world, anyway. Every dinnertime conversation and homework-break chat was suddenly about different aspects of this new world of theirs in which I had no place. From funny things in their pledge class group messages to Big-Little reveals, it seemed like there was no end to the ways in which I just couldn’t relate to them anymore. Come the weekend, their social lives became about getting to know their new sisters at exclusive events that I could hear about later.

Like with all new things, though, Greek life couldn’t stay new forever. The novelty of their sisterhoods began to slowly wear off as the semester went on, and it became a daily part in our group schedule just like everything else. I still felt left out, but I hadn’t lost my friends. I just had to share them with their 100 new sisters. After deciding to live in an apartment for sophomore year with two of my friends and three other girls in their sorority, I’m lucky enough to even share a few of my friends’ sisters.

My apartment occasionally becomes sorority-girl central, so I can’t say that I don’t feel left out from time to time. However, I’m starting to learn that just because my roommates and their sisters wear Greek letters on their shirts and I don’t doesn’t mean we can’t be friends. 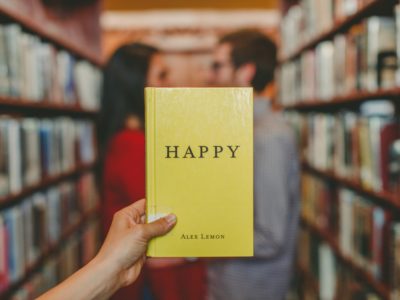 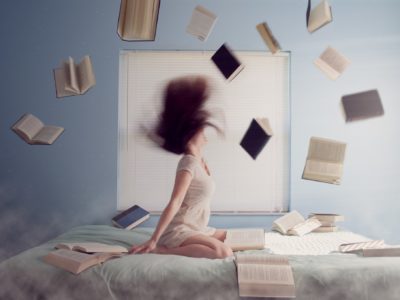 Previous Post:8 FSU Scholarships You Don’t Know About
Next Post:Get on a Plane and Intern Abroad