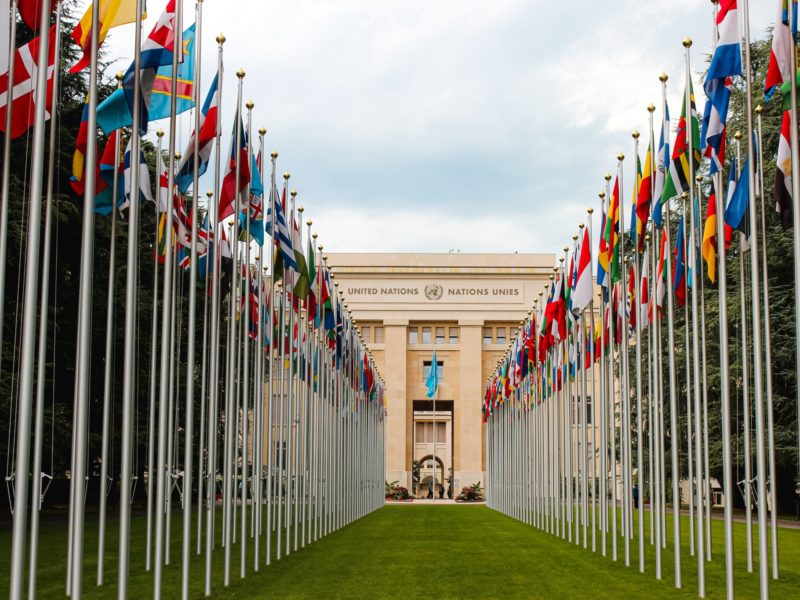 From Writing to Humanitarian Work: I Changed My Dream Job 3 Times

When I first entered college, I had no f–king idea what I was doing.

I applied as an English major because I wanted to be a writer. But by the time I arrived at orientation, I had the mindset that I wanted to major in international politics to solve all the problems in the world. But I also decided to take a calculus class just in case, you know, I discovered my love for engineering.

During my first semester of college, I decided to do a “test drive.” I joined the Penn State International Affairs and Debate Association, the United Nations Campus Advocates and Pen State Literary Magazine. The first two related to my new intended major of international politics, and the last one related to my still existing desire to write a book.

While I really enjoyed the people at the debate club, I soon learned that it wasn’t for me. I didn’t like having to discuss ideas on the spot and follow the structure of the debate, with no freedom to express my true thoughts about the topic being discussed. With the literary magazine, even though I loved writing, that wasn’t the type of writing that I wanted to do. The only club I really enjoyed was UNCA, where we would talk about the United Nations, their goals and many other problems around the world without any pressure of “winning” the argument. At UNCA we would fundraise for the UN charity Nothing But Nets and discuss topics like the UN development goals.

During my second semester, I decided to continue exploring. I stayed in UNCA but dropped the other two clubs. With my classes, I started thinking about going through a different path. I loved all of my international politics classes and I definitely wanted to continue in the major. But I also started to consider the idea of double majoring in journalism. After all, I loved writing and telling stories. Maybe I was just trying the wrong type of writing.

This semester, on top of my regular classes, I took two journalism classes just to try them out. I also joined the International Student Council in a branch called Internationals of Penn State. We would interview international students and share their stories on the ISC Instagram page. I even did a social media internship for the admissions office at Penn State.

And I loved it.

I loved talking to new people and meeting people from countries that I could only dream of visiting one day. I’ve interviewed people from China, Vietnam, Saudi Arabia and many other places. So now I had three extra-curricular activities that I loved and no idea of what I was going to do with my life. Great.

By the end of freshman year, I started nurturing the idea of working as a communications field officer for the International Organization for Migration or the United Nations High Commissioner for Refugees. My favorite topics while studying for international politics always revolved around immigration, refugees and human rights. While taking journalism classes, I found out that I had a facility for sharing stories and writing long-form articles. Working for either of those United Nations offices, I would be applying the knowledge obtained while studying for both majors. I would be able to write for the news section of their website, make social media posts and cover any project using my background knowledge of the countries’ international agreements, histories and political standings.

After the coronavirus pandemic started and Penn State sent students home, I came back to Brazil. In my hometown Manaus, located in the north of Brazil, I participate in a social project that occupied many of my weekends since my sophomore year of high school. In this project, I prepare and distribute food, clothes and medicine for over 300 homeless people and Venezuelan refugees.

With this experience, I learned about the hard things most refugees from Venezuela go through. I’ve heard many stories from them. One was of an engineer who left his home behind and came hitchhiking from Caracas to Manaus. He told me he was jobless in Venezuela and had no means of feeding himself. It was better to be homeless in Manaus and have access to food and healthcare than to stay in Caracas and starve. On another day, we gave a couple a pair of shoes for their two-year-old daughter. The woman almost cried saying that this was the first pair of shoes her daughter had ever owned.

After reconnecting with this experience from my hometown and after experimenting in college with both journalism and international politics, I decided that this idea I was nurturing was what I was actually meant to be doing. There was a reason that I was set on speaking three languages. There was a reason I was good at storytelling.

And there was a reason I was so enthusiastic about refugee rights.

Now, as a sophomore at Penn State, I’ve officially declared my two majors, international politics and broadcast journalism, and made a four-year plan with my advisor to make sure I’d graduate on time. And, on top of UNCA and ISC, I joined a student publication called Onward State in hopes to become more familiar with news writing.

My advice to anyone just getting started who has no idea what they’re doing is to take a chance. College is all about getting new experiences and learning what you like and what you don’t like. Don’t worry about “joining a club late” or coming in undecided. Take all the opportunities you have to try anything that peaks even the slightest of interests and you might surprise yourself. 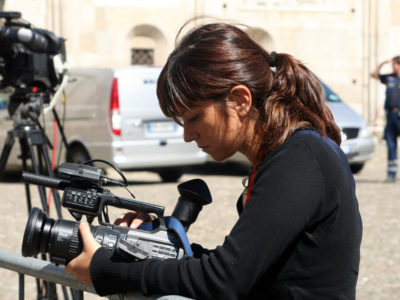 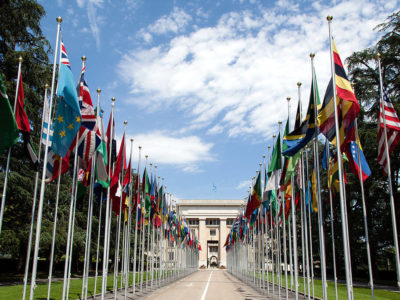