You are here: Home / Choosing a Major / From Computer Science to Journalism: Why I Switched Majors

The future seemed set – or so it seemed. After graduating from high school, I started college on what seemed a path to happiness and career success at the time. What I’d picked for my major allowed me to fulfill a significant interest, and the accelerated degree program I entered meant I could immediately get to work learning the skills that would make my career possible. All that said, after a period of self-examination, I completely changed my school and work trajectory.

If you’re on the fence about whether to change your major, read on for my experience with changing majors and career paths.

Throughout my senior year of high school, my ideas about post-graduation plans see-sawed and evolved, until things finally coalesced around computer science. Florida’s Space Coast, where I grew up, hosts many engineering firms, defense contractors and a sprinkling of tech startups, so the local state college receives a healthy funding stream for its computer science program. I loved computers; I liked tinkering with the parts and experimenting with the software, so a degree in network information technology seemed like the perfect fit.

That is, until I started questioning my path. A few semesters deep into the computer science course work, I found myself worrying that I’d made a mistake when I chose my major. It wasn’t that I didn’t enjoy the work, I just had this feeling that it didn’t activate all of my potential. I kept asking myself, “Is this really what I want to do?”

Undecided, I thought about why I chose my major, and about what else I might enjoy doing.

I loved the mathematics and technical aspects of computer science, but my humanities and English courses got me interested in more expressive, less technical pursuits. With each class costing valuable dollars, I knew I needed to make a concrete decision about whether to change majors sooner rather than later. But, as all things do when you’re young, this decision appeared to be life or death, and I worried about whether I’d end up making the right call.

Around this same time, I also reengaged with the world’s current affairs and the country’s most contentious issues. Like many college students, I grew a lot during my first year out of high school, not just academically but also in terms of my worldview.

This personal growth and evolving understanding of the world around me played a key role in my decision to eventually change majors.

In 2016, when I was struggling to decide whether to switch my major and what to switch it to, the world was in turmoil: a gunman opened fire at a nightclub in Orlando just a short drive from where I live, an extremely divisive presidential campaign seemingly split the country in two, there were horrifying scenes of war in Syria and a sky-high pile of other problems to solve. I couldn’t completely insulate my academics and career path from these events, some of which hit very close to home.

To learn about these issues, I relied on journalists and the institutions that published their work. My English classes re-opened my eyes to the joy of writing words rather than code, and I started to see in journalism a pursuit where I could combine my love of technical detail with my newfound love for writing.

In high school, I actually took journalism courses and wrote for a school publication, but during my senior year the interest in computers took over.

Even still, I’m not totally sure about pursuing a degree in writing or journalism at this point. After all, don’t all college kids question their major?

One question, in particular, kept popping up, and it finally made me pull the trigger on making the change: “You’re questioning your career now, just a few semesters in,” I’d think to myself. “Right now, you can easily make a change. But what about in 20 or 30 years? How will you feel if you’re still having those same questions about whether this was the right path for you? By that point, you’ll be stuck.”

I knew in my gut I had to take action in the present to avoid setting myself up for failure or unhappiness in the future.

Sometimes, everything with your major or career can seem like the perfect setup: you’re capable of the work, the career track is stable and sustainable. But if your heart isn’t in it, then is it really worth it? For me, the answer was no.

Switching my major from computer science to print journalism meant significant changes in my life. My current school didn’t offer a journalism degree, so I knew I’d have to apply to schools that did. It also meant accepting a much more uncertain future.

As a booming industry with a massive shortage of trained workers, computer science represented a stable path forward.

In contrast, the journalism business struggles to keep its current workers employed due to massive changes in the media landscape. In a sense, switching majors also meant switching sides — from studying the very systems that have so disrupted local newspapers and other media outlets to studying how to keep the journalism industry afloat. What justified that increased uncertainty, in my mind, was the sense of purpose that comes with exploring meaningful issues and the sense of flow that comes with turning fuzzy ideas into tangible words on a page.

Throughout 2016, I also grew increasingly wary of social media platforms and some of computing’s more negative aspects, such as providing anyone with the ability to quickly spread disinformation. I started to lose a sense of purpose on my computing path, and in journalism, I found some of the deeper meaning that computer science couldn’t provide me.

I took a break from school while I finalized these plans for the future.

It gave me time to really think this through, and to plot a path forward that made sense not just now, but for years to come. When I went back to school, my new path instilled each course with a meaning and purpose that it previously lacked; I used each class as a step to keep climbing toward my goal.

For many people, myself included, changing a major can require some compromises. I stayed at my school on the Space Coast to get an A.A. degree instead of immediately transferring elsewhere. Had I immediately transferred away, my first two years of college would have cost tens of thousands of dollars extra, all for little actual benefit in terms of my career. These kinds of decisions represent the practical aspects one must look at when switching from one major to another.

After I put in two years at the state college, I transferred to the University of Florida‘s College of Journalism and Communications.

Had I stuck with computer science, would my heart still be in it? What about 10 or 20 years from now? Deep down, I think I would always question whether or not I made the right choice. I would still ask, “What could have become of writing and that more expressive world I glimpsed during college?”

Questioning your path is totally normal, and sometimes only you can provide the answers to those questions. For some, the answer is the fortitude to stay the path and keep going. Others may know in their heart it’s time to change their trajectory while it’s still easy to do. For me, the latter case rang true, and while I feared I would live to regret the decision I made, I’ve never looked back for a second. 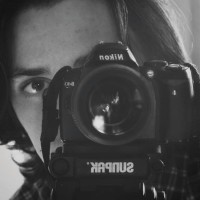 No, Mom, I am NOT Going to UF
Next Post: 14 Cheap Dorm DIYs to Level Up Your Décor Skills