All hail “f**k.” A simple four letter word, yet so useful in just about any sentence. I remember first learning the mighty word in sixth grade. I was an innocent young sprout ready to take on the world—then a really cool eighth grader bumped into me and said, “What the f**k, man?”

What was this mystical word? So short, yet carrying so much power? Like any logical kid, I asked my English teacher. (Yeah, that wasn’t a great day; I’ll leave it at that).

Nine years later f**k turned into the most prominent member of my vocab arsenal. At age 20, I used it every other sentence. My friends and family constantly pestered me for my excessive use of the word.

Two years ago, when I sat down to write my “New Year New Me #ReadyFor2014” tweet, I decided to make a real resolution. Not the typical “Oh yeah, dude, I’m gonna go to the gym” resolution only to crack under the pressure of an M&M McFlurry four days later, instead a reasonable resolution that I intended to actually keep.

Let’s be real, we use f**k for everything. If you drop your burrito, you scream, “F**k, my burrito!” If you forget to buy toilet paper, you exclaim, “F**k, I needed to get toilet paper!” If you silently fart in the middle of class you quietly ponder to yourself, “Oh, f**k, I hope nobody heard that.” If you snap your humerus and watch it flop around, you scream at the top of your lungs “F**K, MY ARM JUST EXPLODED.” I know when I snapped my humerus coming out of the shower, I said f**k so many times that if a sailor heard me, he’d immediately change the phrase “sailor talk” to “Brandon talk.”

So to stop myself from using the golden boy of curse words, I turned to the simple tactic of substitution. Remember the joke what starts with ‘f’ and ends with ‘uck’? Fire truck? Imagine a guy screaming “fire truck” every time he found unwanted pickles on his burger. I also turned to “frick” and “freak,” but the temptation to switch around the letters taunted me.

How was I going to make it through February? When I received Sublime’s Greatest Hits for my birthday, I said the F word five times simply because every other word was basically f**k. By March, I was down to 15. Well isn’t this just f**king great.

Fast forward to June. The sun shining, the birds chirping to the melody of “Don’t Worry, Be Happy,” bees buzzing and my car packed and ready to leave for my first semester of college. Everything seemed f**king perfect.

At this point, 11 more f**ks were left until August. I picked my targets with pinpoint precision. As far as I knew, “f**k” defined the entire college experience. How in the hell was I supposed to make it until August?

So there I stood: The final stretch. With summer semester almost over, I used up all of my allotted f**ks. Between screaming f**k six times because my Milky Way got stuck in the vending machine (still mad about that), three times when I found out about my Ethics pop quiz and the other two just because I failed to resist the temptation, I managed to waste them all away.

Only a week stood between me and my successful resolution. Seven days. 168 hours. 10,080 minutes.

Three days shy of August, it happened. As I jumped out of my bed and stumbled groggily over to the bathroom, I stubbed my toe on my desk. The world froze. F**k waited to escape from the deepest pit within me so loudly it reverberated off every planet in the solar system. I felt the words lingering in the back of my throat and I screamed at the top of my lungs, “Oh, Frankenstein.”

What? Did I just f**king say Frankenstein? Without thinking, I managed to save my resolution by using the name of a fairy tale monster.

Three more abysmal days crawled by, but I finally made it to August. From the minute I woke up to the minute I went to sleep, I used the “F” word so often that even a character in a Quentin Tarentino movie would be appalled. Everyone scolded me for my dirty mouth, but they knew nothing of the pain and suffering I just endured.

That’s when I realized something: Nobody cares about your resolution. In fact, if you don’t tweet about it 24/7, nobody will even know you have one. I only made my resolution to make others happy, and it sure as hell didn’t make me happy. So are New Year’s Resolutions really worth your time? Firetruck no. 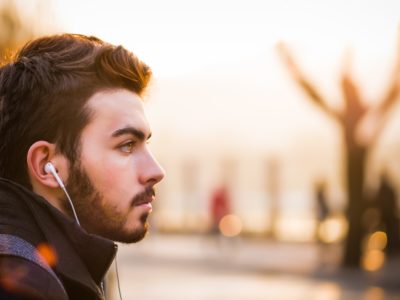 Ho Ho Hum: Say Goodbye to the Post Holiday Blues
Next Post: The Benefits of Working from Home: A Q&A with SEO and Online Marketing Expert Dino Gomez