You are here: Home / College Majors / CM’s Guide to the Foreign Affairs Major

The world is a big place, and as a Foreign Affairs major you’ll learn all about it. Definitive answers are a thing of the past because this major is all about theory. Right and wrong answers don’t exist, and it’s all about coming up with big ideas. So put on your thinking cap and get ready to study alongside future global game-changers.

As a Foreign Affairs major you have the opportunity to learn about how the world works. Pick an area of the globe and get comfy, because you will learn more than you probably ever wanted to know. Every Foreign Affairs major must pick a region of concentration after getting an overview of the globe, be that Sub-Saharan Africa, the Middle East, Europe or another area. Be sure it’s a region of use though; you will want to pick somewhere that will help you in a job search. If you plan to work in politics or international business, studying Europe or Asia is a good move because there’s so much international trade and policy regulation between the regions. If you want to do non-profit work, consider studying Africa or the Middle East, as developing nations will help you better understand the people with whom you’ll work. Topics covered in this major may include Modern Political Thought, Domestic Policy, Foreign Policy and Politics of Development.

1. “As a Foreign Affairs major I learned to look at issues differently, think critically about important issues and to quickly skim-read while still understanding a work.” –Casey Hollifield, University of Virginia 2013, applying to grad school

2. “My degree in foreign affairs taught me the valuable skill of writing effective essays. I learned first how to break problems down to their core components, research those components effectively and present impactful solutions to those problems in an easy-to-understand format, be they political in nature or otherwise.” –Sonora Braun, University of Virginia 2013, Consultant for Deloitte

3. “I’ve had the opportunity to study under really intelligent, well-known professors and to take classes on everything about politics that interests me.” –Dominique Vletter, University of Virginia 2015

1. “I would say that the downside to FA is that you have to structure the degree yourself to mean something. There is very little guidance as to how to choose classes effectively or how to focus on certain topics.” –Sonora Braun

2. “Foreign Affairs is a really broad major—if I could do it again I may have majored in something more specific, like Global Development Studies or Politics.” –Casey Hollifield

3. “I think that it’s extremely important that a Foreign Affairs student get involved as soon as possible—the degree on it’s own won’t be that useful. I think I could have found a degree that incorporated it if I tried, but I never really knew where to look.” – Sam Pillow, University of Virginia 2013

Majors in Foreign Affairs have the world at their fingertips. With career choices ranging from private sector work to a position in politics, many graduates find it easier to go to grad school for a law degree, master’s degree or just some more time to figure it all out. These four years will teach you to be a big thinker and problem solver, so decide what you want to do and pursue it mercilessly—the sky is the limit.

Whether you are interested in working behind the scenes in a sub-committee or a career in politics, Congress is a great place to work for Foreign Affairs majors. Don’t let a fear of the public eye stop you—there are plenty of jobs focused on getting policy on paper, into the public eye and to the House floor.

This is the sector for those with humanitarian career goals. You can spend your days organizing events, getting to know communities in need and allocating resources to them. A Foreign Affairs major has the political and global outlook necessary for many international organizations. The Peace Corps, Teach for America and World Bank are just a few places that may suit you.

Your degree in Foreign Affairs will set you up perfectly to get your law degree. With a basis in politics and theory, your brain will soak up policy like a sponge.

Many consulting firms, including Deloitte, Booz Allen Hamilton, Accenture and IBM Consulting have branches that focus on working within the federal government, and an employee with a Foreign Affairs background can be invaluable. Consultants spend their days solving problems and thinking on their feet to help businesses operate in fields (such as politics) with which they are unfamiliar.

US diplomats promote peace and prosperity and protect Americans and their interests abroad. As a Foreign Service officer you will be able to experience culture, customs and people of different nations, and your Foreign Affairs studies will give you all the background you need. 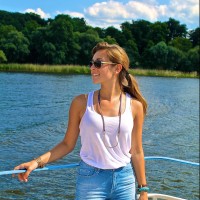