You are here: Home / Life / Money / Can You Make Minimum Wage Work in College?

It’s something that affects thousands of college students across the nation: minimum wage. I want to start out by saying I’m extremely thankful for everything I’ve received in my life. I have a family who, no matter what, will try to cater to my every need while I’m in college. So, I have never had to work on minimum wage before. But that didn’t mean I didn’t want to see if minimum wage could support me in my everyday life. I decided to do an experiment.

Part 1: What the heck is minimum wage?

I interview financial professor at Penn State, Professor Jay Huang, on the topic of financial aid. He stated that financial wage is defined as “the lowest wage paid or permitted to be paid.”

“The first known use of minimum wage occurred in 1860 in connection with the notion of ‘living wage,’” Professor Huang said. “However, a study cited in a journal indicates a much earlier occurrence (which seems to be more credible). In terms of the process, my understanding is that it largely had to do with the labor condition and union movements in late 19th century and early 20th century (in the US).”

When asked if the current minimum wage would support a college student’s lifestyle, Professor Huang said that it wouldn’t be possible. “Assuming that you work for 20 hours a week,” Professor Huang started, “which is likely the max amount of work for a student, $145 (20 x $7.25) isn’t that much.” In his analogy, he uses Pennsylvania’s minimum, which is the same as the federal level.

So with this information in mind, I started to plan out my experiment.

Part 2: My week on minimum wage

For my experiment, I went off the minimum wage of Pennsylvania, where I go to school. If I had a minimum wage job, the minimum pay I would get per hour would amount to $7.25. If I had multiply that by forty hours per week, that gives me an estimated $290 I could spend on groceries, toiletries, anything that I could need.

Let me just state quickly that I did this before I received my interview with Professor Huang. I thought that I’d be the student who takes online classes instead of on campus, so I could work longer weeks. In that sense, even the amount I’m testing here isn’t the normal amount a typical college student would make. With that said, let’s move on with the experiment.

At first, this didn’t sound daunting. I mean, I don’t live that far from campus, so eating on campus with meal points comes as a regular part of my everyday life. But then the week actually started.

Monday’s I have no classes. 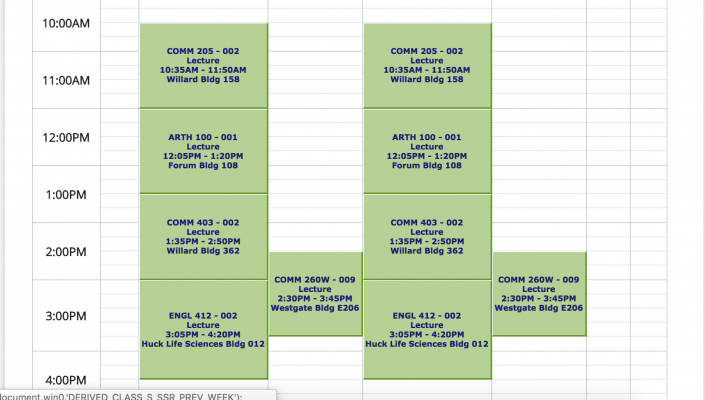 I don’t even know how I got that lucky, but I did, so I usually use this day to go out and buy groceries for the week, catch up on homework, and maybe chill with a couple of my friends on the off chance my night frees up.

So, I woke up around 10:00 and got myself ready, before heading out.

Usually when I go out to buy food, I always pick up a good amount of groceries for the whole entire week. This time, I got my regular supply. Apples, bananas, some bread and deli meats, couple of frozen meals because college makes me a little too lazy to cook something real and some pasta (of course).

I also picked up a couple bags of Halloween candy because it was super cheap and it fuels me through late nights of studying for tests.

Once I went up to the cash register, my eyes stayed glued to the total count. My groceries added up to a little bit over one hundred dollars.

Okay, wow, I thought, It came out to way more than I thought. How can it cost so much? Either way I still paid, bewildered.

From that moment, I took it upon myself to swear off ordering takeout food for the week and just focusing on cooking and working. Even with that promise in mind, sticking to that schedule turned out to be harder than I thought.

Night after night I would come home, and no matter how tired I felt, I got to work. Whether that meant working on things for my editors at school or studying for my exams that came that week.

Trying to cook everything each night when wanting to just crash on my bed and watch an episode of Friends proved to be a challenge. I gave up on my promise and ordered sushi one night. That ended with a forty-dollar deduction on Wednesday. 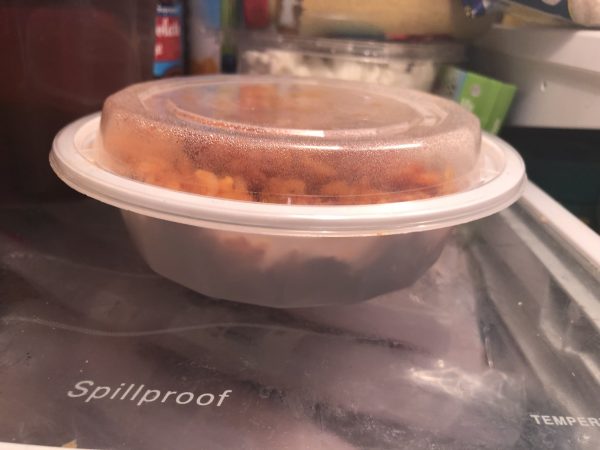 Alright, $150 left, and now it’s Thursday. I didn’t think I had anything else crazy going on that would have to force me to pay for anything. My bills were paid at the beginning of the month and wouldn’t come until the end of November. And then I got that text:

“You still coming home for your cousin’s birthday?”

Oh, my cousin’s birthday. The girl turned sixteen, and she happened to be the only cousin I still talked to on a regular basis. Of course, I had to get her a gift, and I had totally forgotten before my week of living off minimum wage.

So, I went online and bought her two pallets from Ulta, those she could use for at least a year. Sixty dollars. (I know it looks dirty; this is from my cousin after months of using it.) 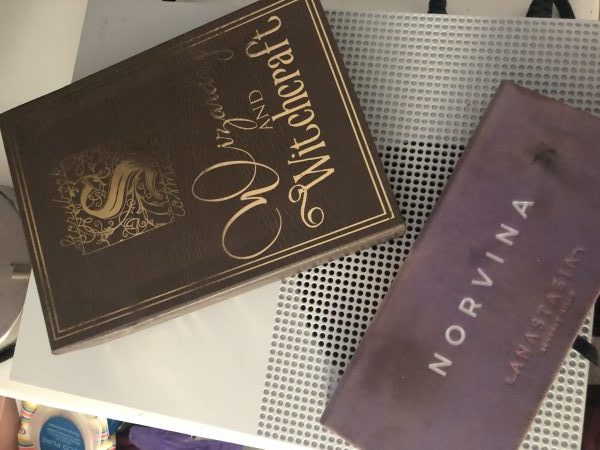 $90 to go. Traveling home became a bit tougher for me. I would have to take a bus and then two trains to get back to my hometown. Plus, I only have $90 dollars left because my poor money-management skills had gotten the best of me.

I sat in my room contemplating how to save the money I still had, before deciding that skipping that  night’s party would be the best option before going home.

That one little purchase for my cousin made me realize how much I really do enjoy having that little extra bit of money from my parents that I can get. It helps me to make those unexpected purchases. like gifts for those I love.

I never really understood how much they gave me until I had a limited budget to live off of. And thinking about it made me realize that so many people lived like this everyday. And this was just one week for me.

Friday comes around, and I get on the bus I had paid for in advance. Once I get to a rest stop, I buy a Subway sandwich and some chips and a cookie. $80 now. I get to New York City and take an Uber to Penn Station. $72. Then, from there, I buy an on-peak ticket on the LIRR back home. $42.

By the time I got home, I only had $40 left, which I actually didn’t touch. I assumed it would become useful for bills if I was living on minimum wage for real. And from there, I really understood how unbelievably privileged I had become.

People out there, plenty of people that I know, do this every day, and I did it for a week. And to top it off, this wasn’t even what it would look like if I was taking regular classes, not just online classes.

Just thinking about it makes me want to be much more conservative with my money and where I put it.

Part 3: Can You Live on Minimum Wage?

Once my week of minimum wage finished, I started interviewing a couple of people who I had come to know in my years at college, two of which I had talked with since the beginning of my first year.

Both work at minimum wage jobs and complained how the money they received didn’t help them that much. I changed their names for the sake of their job security.

“I can hardly pay my bills,” said Jacky Smith, a worker at McDonalds. “I know I’m only in college, and I’m not expecting to be able to make big bucks working at a fast food restaurant, but when someone like me who doesn’t have people constantly giving me money from a never-ending supply, this minimum wage really is holding me back from doing things. Like, I sometimes have to choose between going home over break and paying my electricity bill. It’s hard.”

Another source, Elizabeth James, said that minimum wage could work if they raised it, but she doubts it would ever happen.

“It’s always been low,” said James, a worker at Starbucks. “I’m lucky because my parents can pay my rent, but everything else I try to get on my own because I’ve always been taught that way. When bills aren’t involved you can save money, but not a lot. So many people want the minimum raised, but I just don’t think it’ll happen with how many people work in the minimum-wage area of jobs.”

Minimum wage has become one of the hot issues in our country. Thousands of individuals, from college students to parents, live off of paychecks from fast food places and department stores.

Some of us have never understood how hard it is to live off of the dollars they get.

I have so much respect for the people who do go through this every day, because you guys are badasses. Having this experience has actually taught me to be more frugal with the money I do have and save it for the more important experiences in life.

Because let’s be honest, I don’t need that extra Starbucks coffee in the morning.

What I Learned From Sorority Recruitment
Next Post: Poppin’ Some Thrift Store Tags as a Broke College Student