I should start from a disclaimer that for years I’ve been huge fan of MCU (Marvel Cinematic Universe, for those new to Marvel franchise). The first movie I watched the Avengers and besides humor and much lighter mood than that of other superhero productions, the element, or rather hero, that stole my heart—Black Widow. The Black Widow made me fall hard for Marvel because of representation, and representation matters more than many understand.

Black Widow not only represented women in a male-dominated superhero movie, but her Eastern European heritage meant a world to that 13-year-old girl in Poland.

In fact, I remember seeing her character as one of the first times I saw an Eastern European character in a Western production that didn’t fall into the villain category or some kind of low skill worker/helper. The truth is that if you really think about it, Eastern Europe tends to be very stereotyped in all the Western productions. Most of times, Eastern European characters get played by western actors who all do the same accent. Therefore, even though Scarlett Johansson is an American and her character was former Russian spy (typical), it still felt important for her character to appear there. Especially, that she made it as the first on-screen Marvel hero that didn’t come from either America or from outer space.

When I tell you, I waited with the anticipation of a child for Marvel to finally announce they would make an actual Black Widow movie, I mean it. It took nearly a decade to get the movie and then it got delayed by pandemic, but I finally got to see it in pre-premiere screening. I felt that childlike excitement and as I watched the movie in my hometown in Poland, I knew other people felt the same, as I never seen such a diverse audience with an action/superhero movie.

What impressions did people have afterwards?

Well… mixed, but let’s start with positives, shall we? First, I am so glad that Marvel made this movie. I think it ended up as a great way to say goodbye to the character and finally showcase her story. The actors did an overall great job and I think they showcased complexity of the situation and Natasha’s conflicted feeling on where she came from. It also seemed interesting to hear the Red Guardian’s recollections of the past which served as a reflection on the previous communist system.

Okay, so we had strong female character for whose story people waited—what’s not to like? Well, while we might be seeing more female superheroes and the success that came from this movie broke a lot of barriers and misconceptions on whether female superhero movies will sell, it left some important barriers up.

Theoretically, we all knew about the casting choices, but somehow it seemed like people didn’t really realize what they meant until they saw a movie. Over a decade ago when Scarlett Johansson appeared in Iron Man, people didn’t mind her playing Eastern European character and she did it phenomenally. However, times changed and more and more often, the public started to call out Hollywood on cultural appropriation, racism and sexism. It came time for more conscious casting choices, also when on the outside we look ‘the same.’ I want to note here that I think all actors did phenomenal job, I just wished that more of them would at least connect to Eastern Europe in some way. I wish that Western actors stopped doing one and only ‘Eastern European’ accent and couple of words in Russian no matter whether they play character that comes from from Russian, Poland, Czech Republic, or Romania.unsplash

I understand Hollywood, I understand Marvel and I understand that as studios test out female-led superhero movies, they prefer to stick with big names and not risk hiring lesser-known actors. I understand it would take much more effort to look for people who actually had significant contact in their life with regional culture, but at the same time the accents and language would sound more believable.

As someone from the region, I also understand people coming out of theaters saying how interesting it is that governments of certain Western European countries complained about how in the past couple of years that Eastern Europeans go there and “steal people’s jobs.” But then, it is not a problem when actress from that country fakes an accent instead of hiring actress with regional origin? Although, I understand the actors and studio cannot control or impact politics, I can also appreciate people who expressed this exact opinion after seeing the movie.

It matters to see people who come from your region that don’t fall under  the bad-guy category, or refer to the former communist regime, and instead represent strong, wholesome characters. As the world becomes increasingly smaller, to expand it, studios not only need to think how to make this or that production attractive for Western audience, but also for the overall global audience. I am glad that Marvel takes that representation very seriously and that this movie got created, and it displays strong females, who, for me, represent resilience and break many stereotypes of people from the region.

However, going forward we need more conscious choices about giving chances to performers from diverse backgrounds not only in terms of race and gender, but also ethnicity. So that kids, teenagers and young adults can feel like industry represents all narratives on the big screen.

Hi, I am Daria. I am originally from Poland, Europe and I am pursuing my double degree in Political Science and Communications Arts in New York. I am always on the move which is probably why I lived in 3 countries so far and why I am the worst person to go on vacations with if you just want to lay in the sun all day. 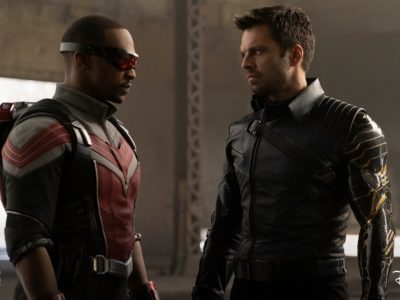