You are here: Home / Life / Freshmen / Away from Home and Feeling Gross: Being Sick My Freshman Year

My freshman year of college was filled with new experiences. It was my first time living on my own. I no longer endured curfews or felt a need to tell people where I was going. I stayed out late, enjoyed the freedoms of college and participated in the college lifestyle with football games and nights spent with friends. But along with the good came the bad. I didn’t live in a dorm my freshman year, but I still managed to contract two viruses. I also ended the year with two infections. My freedom may have increased, but my health felt like it declined.

Keep reading to hear how a freshman in college survived long enough to tell the tale.

I started my first semester of college in the summer of 2018. Most of my friends did not begin taking classes until the fall. I took it upon myself to become friends with my randomly assigned roommate that I lived with that summer. We shopped together and explored what little parts of the city we could. Campus wasn’t filled with students yet, so we had time to adjust. The exploration of campus and Gainesville consumed our summer. By the time it ended, I felt secure in my place on campus and excited to start observing the hustle and bustle of fall.

My fall semester started like the perfect college sit-com, but without the added drama.  My classes didn’t prove to be too difficult. I would hurry over to campus at 8 a.m. every morning and finish classes by noon. Then I sat in the library and did homework until about 4 p.m. Once I was home, I napped until dinner and spent the rest of the evening watching TV and relaxing in bed. I didn’t participate in too many extracurricular activities because I felt drained from high school and wanted to use my freshman year as an opportunity to reset. Instead, I filled my time with Gilmore Girls and Sex and the City.  I thought that my increase in sleeping was due to my increase in free time.

However, all semester I had a tingle in the back of my throat. Usually, this meant that I caught a cold, or, at the worst, Strep Throat. The tingle didn’t go away for weeks, so I relented and visited the doctor while home. She went through the usual questions: How have you been feeling? How long has your throat been bothering you? Have you been around anyone who was sick? I answered them all, and she told me she would swab my throat for both Strep Throat and Mono. I contracted Strep Throat several times as a child, so I felt sure that the symptoms were the same. I would get my antibiotics and be on my way.

But when the doctor came back in the room, she told me I tested positive for Mono. I was surprised, but it did explain the naps I had taken every day. I always thought that Mono made people nauseous and exhibit flu-like symptoms. I only had a tingly throat. The doctor said since my throat had been bothering me for weeks, I probably almost had it out of my system. Medication doesn’t exist for Mono, so she told me to drink plenty of water and don’t share with others. I left with the message that I would feel better soon.

I delivered my diagnosis to my younger sister. We shared a drink the night before at dinner. We didn’t share another one for six months.

A few days later, I did feel better. I finished out my freshman fall as a happy and successful student. I spent the holidays at home with my friends, family and boyfriend. I wanted to dive into my spring semester by the time it rolled around. I again started my classes off strong. I came up with a routine and only had class on Tuesdays, Wednesdays and Thursdays. My four day weekends left me with plenty of time to visit my boyfriend in Tallahassee and hang out with my friends.

About midway through the semester, the air still felt cool enough to run outside. I ran a few miles and returned to my apartment ready to shower and settle in for the evening. I realized I had a pounding headache after my shower, but I figured I exhausted myself on the run. My head still pounded the next day when I woke up, and I also felt congested with a sore throat.  My roommate suggested that I visit the doctor and ask about antibiotics.  But I didn’t think I was that sick. Instead, I took myself to Publix to buy some cold medicine and make it through my classes. I called my mom while I was in the aisle to ask if NyQuil’s pill version worked the same as the liquid one. The answer was yes. But I was a freshman. What did I know?

With the medicine in hand, I felt sure that I would make it through this cold. I sat through my first class of the day still not feeling great, but surviving. Before my last class of the day, I suffered a coughing fit in the student union and decided that I should visit the infirmary instead of going to class.  When I got to the infirmary, the receptionist told me that the doctors were busy, but I could see a nurse if it was really important. At that point, I felt gross enough to agree to the nurse visit. After 15 minutes, I was seated inside the room with a nurse taking my temperature.

The nurse said I was running a fever and that my heart rate was abnormally high. She thought I looked sick enough to warrant a visit from the doctor. He came in a few moments later, handed me a Gatorade and started running tests. This time they tested me for Strep and the Flu.  Both came back negative.  The doctor said I probably contracted a “flu-like virus,” and there was nothing they could do for me.

He told me to keep taking my medicine to keep the fever down, stay hydrated and hopefully I would feel better in a few days.

I took his advice, mostly. That night I felt up to attending a club meeting. I took my backpack and sat through the two hours of guest speakers. By the time I made it back to my apartment, I was freezing (because of the fever) and wanted a hot shower. In a fevered haze, I stumbled out of my room to go to the bathroom. I vaguely remember an encounter with my roommate, but I was too sick to hold a conversation.

The shower only drove my fever up more, and I had to force myself to get out and make it to my bed. When I hit the sheets and put the thermometer in my mouth, my fever sat at 103 degrees.  I called it a night and let my body fall into the sleep it needed. I played a game of roulette with myself for the next few days. I would go hours without taking medicine to see if the fever and symptoms stayed away.  A few days later, the fever stayed down and I regained normal function.

I learned valuable things from my freshman year. Specifically, how to take care of myself. I learned to know my limits when it comes to taking care of myself and treating my body. Now I listen to what my body needs and go to the doctor as soon as I realize something is wrong. My last few years in college have been virus free for the most part. But the next time I face an illness on my own, I know I am well equipped to handle it. 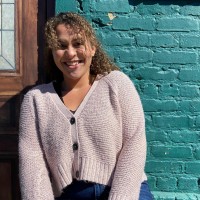 Taylor is a third-year journalism student at the University of Florida with a minor in sociology. She enjoys shopping, reading, and streaming Rom-Coms at all hours of the day.