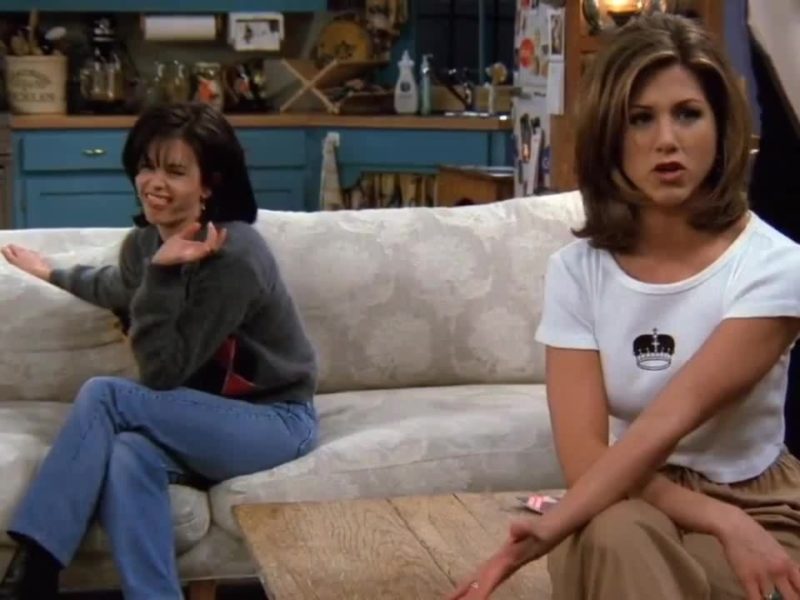 A Open Letter to My Freshman Year Roommate

I’ve been thinking about writing this letter for a long time, but I’ve been too scared that you would see it. Saving face and sparing your feelings seemed like the right thing to do, and I didn’t want other people to know how much our rocky relationship hurt me. But then I realized that I have absolutely nothing to lose.

Let’s start by saying that I had every intention of being your best friend.

All my time went to scouring our freshman class Facebook page looking for the perfect “random” roommate to start my college experience with. After messaging back and forth with multiple potential roommates I decided that we would get along with each other the best. When we met at orientation, I had such a good feeling about living with you. We were so similar, liked so many of the same things and you got along with my friends so well. Thinking about going to college and starting mostly from scratch felt extremely nerve-wracking but knowing that I would be living with you helped ease some of my nerves. That’s why I didn’t expect things to go south the way they did.

You never really tried to get to know me. It was impossible to get you to pay attention to anything I was saying unless I asked you how your relationship with your boyfriend was going. I didn’t think much of it at first and I tried to give you the benefit of the doubt. It’s her first relationship and she’s doing it long distance. That’s so rough, just cut her some slack. She’s not ignoring you on purpose. But months went by and we hadn’t had a meaningful conversation the whole time.

That was one of the many reasons the fall semester of freshman year was the loneliest time of my life. The only thing I wanted was to have a roommate I could always talk to and hang out with.

That’s apparently not what you were looking for.

It became easy to tell that you had a hard time in college and being 15 hours away from home couldn’t have made that any easier, but I wish you knew that I had struggles of my own. It would’ve been really nice if you could’ve seen through the facades I put up and noticed that I couldn’t have been less happy. It never felt like I could fully be myself around you and feeling comfortable in our room was really hard for me to do. And after finally having a heart to heart in our RA’s room and hearing that you felt the same way, I wished so badly that we could’ve been open with each other and figured out how to knock down the barriers between us. But our relationship couldn’t be salvaged.

Every detail about that big fight that we had is still clear in my mind. A disagreement about turning on the lights became a yelling match that nothing could’ve prepared me for. It led to me storming out of our dorm, something I’d never done in my life. And when I replayed it in my head, I realized that we didn’t actually fight about the lights. We were letting out all of our pinned-up frustrations toward each other. It was never my intention to fight with you like that, but I guess it needed to happen. My friends all told me that talking through our issues with our RA would help, but it only made things so much worse. While spending the night in my friends’ room that night, running through what happened over and over again, I tried to understand what went wrong. Honestly, we both messed up. And the only thing we could do then was power through the rest of the year living together. Only a couple more months—that’s what I kept telling myself until I fell asleep on their dorm room floor.

The rest of the year, we didn’t speak to each other at all.

Not so much as a hi or bye walking in and out of the room. That had to have been the weirdest part. I still remember taking a shower in our bathroom and forgetting to bring a towel. Instead of asking you to bring me one, I let myself air–dry, put on the clothes I was wearing before, and went to grab it myself. How ridiculous is that? Looking back, I realized I acted petty, but my pride couldn’t take me asking you for any favors. Any at all.

The thought of moving out was tempting but moving all of my stuff and leaving my friends on our hall just didn’t seem worth it to me. So the decision was made to stick it out and power through all of the awkward silences and the discomfort I felt sleeping in the same room as you. The goal was to spend most of my time in friends’ rooms, the dining hall or even the library to avoid you, and I also tried to talk and think about you as little as possible.

Truthfully, moving out of our dorm at the end of the spring semester ended up being the best thing that happened for me all year. It felt like I could breathe again. My mind was set on the excitement of the next year when I would be living with my friends in an apartment and having my own room. But surely you felt the exact same way.

Living with you taught me that friendships don’t always turn out the way you expect them to.

Or that living in the same room as someone you don’t actually know can be a lot harder than you might think. It would’ve been so nice if our relationship wouldn’t have ended up in flames like it did. Under different circumstances, we probably could’ve actually been pretty good friends, but I guess we’ll never know if that’s true. You should also know that I didn’t write this with the intention of bashing you or putting the blame of our failed living situation all on you. I wasn’t the perfect roommate. I could’ve been more considerate of you, maybe by tidying up more or not inviting my friends into the room as often. And I could’ve tried harder to help you through your struggles. But writing this gave me some much-needed closure on a part of my life that I’ve brushed to the side for too long. It feels so good to be able to share this story and move past the pain I felt.

It’s also important for me to say that I hope you’re doing well. My life, my living situation and my feelings toward college have improved a ton over the last year and hopefully you can say the same.

I’m a junior at Florida State University double-majoring in Media/Communications Studies and Editing, Writing, and Media. My overall goal is to become an editor and I love to write about things like music, food, news, and the college experience.

Previous Post:10 Signs You Bleed Torero Blue
Next Post:What to Wear to Graduation to Upstage Even Your Gown