You are here: Home / Campus life / University of Florida / 10 Most Inspirational Quotes and Scenes for the Marvel Maniac

People love watching superhero movies because of their ability to inspire greatness. No movie franchise knows how to do this better than Marvel. Everybody knows the iconic intro: the music swells and our favorite characters pop on screen. Do you need a pep talk from your favorite Avenger?  These Marvel masterpieces will motivate you to get through the semester.

Check out 10 of the most inspiring scenes and speeches from the Marvel Cinematic Universe.

“It is your duty to plant yourself like a tree, to look them in the eye and say, ‘no, you move’.”

Our first quote comes from Captain America: Civil War, arguably one of the best MCU films to date. This movie introduces memorable characters like Peter Parker (a.k.a. Spider-Man) and T’Challa, King of Wakanda and the Black Panther and has action and witty lines at every turn. In this scene, agent Sharon Carter speaks at her aunt’s funeral and delivers a moving and powerful speech guaranteed to inspire you. “It’s inspiring, especially as a woman at a school that is 80 percent men, to be reminded that just…because someone else thinks that I am not capable of something, doesn’t mean that’s true,” said  Embry-Riddle Aeronautical University freshman Emma Bucey. “I am strong, I am worthy, and I am not going to be silent about it.” Sharon Carter reminds us to hold true to our beliefs and never budge for anyone, no matter the circumstances.

“…you will stay who you are. Not a perfect soldier, but a good man.”

A memorable moment from Cap’s first movie comes from a conversation between Dr. Erksine, the Army doctor who helped develop the super serum, and pre-serum Steve Rogers. Dr. Erksine’s words prove that true character comes from within. Sometimes a true hero isn’t the strongest or most perfect person, but rather the person who never gives up. “It’s always good to hear that there is value to the struggle of being ‘the little guy’,” University of Florida freshman Thomas Moore said. “Erksine needed someone who is good on the inside first.” Having high integrity helps boost morale, especially when a team feels low or burnt out. Self-motivation truly comes from within, making Dr. Erksine’s point about Captain America true.

“Sometimes you have to run before you can walk.”

The movie that started it all and introduced the world to Marvel superheroes has several amazing quotes. This scene comes as our hero, Tony Stark tries out his Mark I suit for the first time. Rather than playing it safe as his artificial intelligence JARVIS tells him to, Tony decides to push boundaries and see what he can do. “Life is about situations that require you to step outside of your comfort zone and try despite fear,” University of Florida freshman Shradha Arun said. Living your life comfortably may be safe but stepping out and trying new things makes life rewarding. Without exiting your comfort zone, you could miss out on countless opportunities to do great things. Tony embodies this idea-literally-by stepping out of his comfort zone and seeing how the suit works.

Thor: Ragnarok, a fan favorite out of the Marvel franchise, became wildly popular for its witty jokes and relatable characters. However, one of the most overlooked moments in the movie come in this conversation between the title character Thor and his father Odin. Just when Thor wants to give in, he speaks with his father and has a touching moment when he realizes that his power lies in himself, not his hammer. “It made me realize that I am more than anything I attach myself to,” said  University of Florida freshman Cathryn Hierak. “Although I might have help from people or things along the way, it doesn’t diminish what I accomplished.” Realizing your inner strength sometimes may be all it takes to power through. We’ve all been there—it’s 10 p.m., two hours until your paper’s deadline, and you really just want to throw in the towel and take the L. However, realizing that you can achieve great things could be that last push to completing your assignment in time. Resilience lies in everybody. Tapping into your inner strength could be that final push you need to crank out that paper and get the A.

“We all know the truth: more connects us than separates us…We must find a way to look after another as if we were one singular tribe.”

Ryan Coogler’s critically acclaimed Black Panther introduced the world to T’Challa, king of the fictional African country of Wakanda. While the catchphrase “Wakanda forever!” may be the most memorable quote, T’Challa’s speech to the United Nations at during the end credits scene may be the most inspiring. He talks about coming together and relying on others to help the world, which makes a large contrast from his opinion of remaining isolated at the beginning of the movie. “T’Challa was willing to change his beliefs for the greater good.” University of Central Florida freshman Skylar Payne said. “It goes to show…that if something you believe is wrong, you can change your values and beliefs.” His growth during this speech shows that reaching out to others for help should not be seen as not a sign of weakness, but, a sign of strength.

“I’d rather just stay on the ground for a little while…somebody’s gotta look out for the little guy, right?”

Peter Parker swung into the MCU (and our hearts) with the 2017 release of Spider-Man: Homecoming. Throughout the movie, Peter constantly tries to prove to his mentor Tony Stark that he should be an Avenger. This scene at the end of the movie shows, however, that Peter has a change of heart after fighting The Vulture. Peter’s change of heart shows that goals can change. Growth makes us human. Changing your goals should be seen as a good thing because it shows that your adaptability to the world around you. Maybe you want to change majors because you find that you love music despite your background in science. Finding your passion and making yourself happy is what life is all about, and your goals should reflect that.

“There was an idea…to bring together a group of remarkable people, see if they could become something more.”

Nick Fury’s speech to the Avengers after the death of Phil Coulson will go down as one of the top 10 iconic moments in the MCU. This audio has been used countless times including in the Avengers: Infinity War trailer. After listening to him describe the mission of the Avengers, you want to do two things: go re-watch the entire Marvel franchise and find an idea to believe in. “Nick Fury’s words inspired me to really take a stand for something.” University of Florida freshman Emma Etzold said. Finding your purpose and having a common idea with others shows team unity and proves there’s strength in numbers. Having a common goal, especially during assignments like group projects shows that the team wants to succeed and will do whatever it takes to accomplish that task.

“Then we’ll do that together, too.”-Steve

Age of Ultron introduced us to pivotal characters like Wanda Maximoff and Vision but also introduced us to another iconic quote spread throughout the MCU. The argument between Tony Stark and Steve Rogers causes a pivotal moment in the movie. When poised with how Steve would solve the problem, he says he would do it as a team. Despite Tony Stark pointing out they will lose, Steve stands by his words and wants to take a risk. Putting faith in your friends and team lets them know that you can trust them. Teamwork relies on trust. Without it, a team cannot function as it should.

“And you think life takes more than it gives, but not today. Today it’s giving us something. It is giving us a chance.”

Some of the MCU’s funniest moments come from the Guardians. Drax’s ridiculous jokes or Peter Quill’s quick wit always delight audiences everywhere. However, despite the comedy, Quill knows how to motivate his team at the end of the first movie. When faced with trying to outsmart one of the villains, Yondu, he uses a little tough love to urge his team to act. “Whether your life is good or bad isn’t determined by what life hands you but what you make of it,” University of South Alabama freshman Alyse Brassard said. “You should stand up for what you believe in even if it may seem impossible.” Quill shows his team that just because they’re the underdogs doesn’t mean they will lose. We all face adversity in life, but Quill reminds us that our past doesn’t define who we are. By taking a risk, putting the past behind you and trusting in your team, anything can happen.

Captain America’s defining traits, optimism and determination, shine bright in The Winter Soldier. Throughout the course of the movie, Steve Rogers realizes things are different than they seem and he sees the organization SHIELD in a new and unfamiliar light. In order to expose SHIELD for the bad guys they really are, Captain calls others to action by telling them he’s not afraid to stand up to them. Throughout college and life, we face trying situations. Maybe your group members don’t pull their weight in a project or you see someone getting picked on in your organization. Advocating for your beliefs shows that you want to make a change in the world. The next time you’re faced with a difficult situation, remind yourself of Cap’s speech and how he stood up for justice. If Steve Rogers could take down SHIELD, you can get your group to work together for that A. 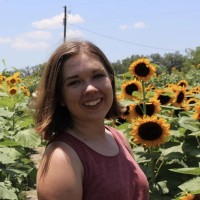 Katelynn is a sophomore studying public relations and music performance at the University of Florida. Her interests include Netflix, coffee, good music, and all things Florida Gators.

10 Gifts to Show Your BFF They’re the Platonic Love of Your Life
Next Post: Goodbye Debt, Hello Financial Stability: Tips on Debt Management