WTF is Sleep Paralysis and Why Does it Affect College Students?

I hear a beat of thumping footsteps rapidly approaching. The door knob clicks open and a loud slam reverberates as the door flings open and hits the wall. Not quite awake yet, I ignore the noise, assuming it’s a family member. Sleep is about to overpower me when I feel a slight shift as someone climbs on my bed.

I’m about to turn over, albeit reluctantly because I’m overwhelmed with sleep when I realize I can’t move. I try to move again, but like a locked door, my body doesn’t budge. I muster up all the strength I have to push the invisible force, but it doesn’t work. That’s when I start to freak the f–k out.

I shout for my nephew, but my voice is stuck too. He’ll probably shake me awake like he always does, I tell myself. Maybe then, it’ll snap my body awake. I wait for him but strangely, he doesn’t come. Suddenly, it’s like I’m able to breathe again; the hold is removed and I quickly spin around, scared my body will lock itself down again. But I’m paralyzed again, only this time, it’s out of shock. My nephew was never there.

If you’ve experienced sleep paralysis, you know it sucks. Here’s everything you need to know to avoid this living nightmare.

Sleep paralysis is a temporary inability to move as you wake up or fall asleep. Many people find themselves aware of their surroundings but unable to speak—or in most cases, scream for help.

Hallucinations, such as visual, auditory, and/or sensory stimulation, can add to the frightening experience. While episodes are unique to each individual, it’s common to feel someone—or something—sitting on your chest or to have a creepy presence lingering in the room. It’s like a nightmare, only worse because it can seem so real.

According to John R. Ruddy, M.D., a specialist in sleep disorders at the California Center for Sleep Disorders, the body’s muscle tone is normally turned off (muscle atonia) during the rapid eye movement (REM) phase of sleep. In other words, the body becomes paralyzed. The sleeper remains unaware because by the time they wake up, their ability to move returns.

However, in a sleep paralysis episode, a person has conscious awareness and body paralysis simultaneously during REM sleep. “Part of the brain thinks you are in REM sleep, and other parts of the brain thinks you are awake,” said Raman Malhotra M.D., co-director of the Sleep Disorders Center at Saint Louis University. “The signal to the arms and legs to keep them paralyzed is still being sent inappropriately.”

“People frequently report that they were under lots of stress, very exhausted or had very irregular sleep schedules prior to episodes,” said Ruddy. Unfortunately, these factors are all too familiar among college students, especially during midterms and finals. Even if we want to sleep, it’s hard not to think about our classes when a paper is worth 40 percent or more of your grade. So, we stay up until 4 a.m. writing that 10-page paper and squeeze in three hours of sleep before that 8 a.m. history lecture. We tell ourselves we’ll never do it again, only to pull an all-nighter the next day. And it’s suffice to say that we’re pretty much setting ourselves up with a sleep paralysis episode that’s sure to give us more nightmares.

Giulia Nico, a student from Queen Margaret University in Scotland, believes stress and anxiety might have played a role in her sleep paralysis. “It happened in a very tough time for me,” Nico said, “It’s been a few months since it happened, but for a while, it happened quite often, perhaps once a week.”

Typically, the paralysis only lasts seconds, but the unpleasant experience takes more than a few seconds to shake off. The sense of helpless makes it even worse. “I really want to scream, but I can’t. I want to get up and run, but I can’t,” Nico said. “I feel someone besides me. I don’t really see anything but I just know someone is right there.” So the moment Nico regains control of her body, she turns on all the lights. Even with the presence of someone gone, the fear remains. “It got to the point where I wouldn’t sleep in fear of becoming paralyzed,” said Abby S., a student at Georgia Southern University. Yikes.

How to Deal with Sleep Paralysis

College life can make it difficult to maintain a consistent sleep schedule. Whether you’re taking maximum units for the semester, planning events for a club or working at an internship (or even all of the above), sleep is a luxury few can’t afford. It’s no secret that sleep is imperative for your health, but if you want to avoid sleep paralysis, getting your recommended seven hours of sleep is your best bet.

If you wake up one day, unable to move and try not to panic. It may sound easier said than done, but chances are the more you react, the scarier it’ll feel. “Don’t fight it,” Abby said, “Just close your eyes. That’s how I get over it faster.” But what if you do end up freaking out? “Start moving with your thumb or try biting your lip or tongue until you are able to [wake your body],” said University of California, Los Angeles student Ramiro Hernandez.

Generally, sleep paralysis resolves on its own with a consistent sleep schedule. It’s also important to avoid alcohol and drugs whenever possible since they can cause sleep disturbances. Though the phenomenon can be associated with sleep disorders like narcolepsy, the portion of the population who suffer from sleep paralysis do not have any underlying sleep disorder, explained Malhotra. “It’s known as isolated sleep paralysis.”

If the frequency of occurrence is causing an abundance of distress to the individual, there are medications. “The treatment is typically antidepressant medications, though this is rarely necessary,” said Malhotra. Though Malhotra advises if you are having other symptoms of poor sleep, such as insomnia or snoring, you should see a health care provider or a sleep center.

The takeaway? Living with sleep paralysis can be terrifying. Even if you don’t currently suffer from sleep paralysis, don’t be surprised if you suddenly find yourself unable to move. But, no need to sweat. sleep paralysis is physically harmless (even though it can be scary AF). It’s important to minimize stress, but most of all, to get enough sleep. If you’re thinking about pulling an all-nighter, you might want to reconsider. With exams and papers around the corner, it may seem impossible, but if you manage your time wisely, you can get that A in biology and get a good night’s rest. Here’s to hoping you’ll have sweet dreams tonight.

Natural sleep aids and remedies that can help with sleep include: *But keep in mind that while these remedies can help promote better sleep, they are not definitive, as research results are mixed. Consult with a doctor regarding the benefits and risks of sleep aids. 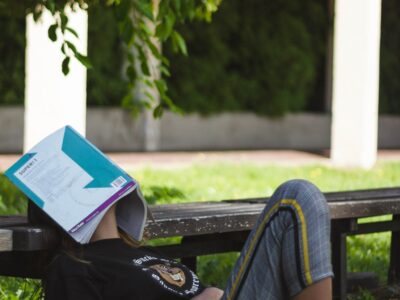 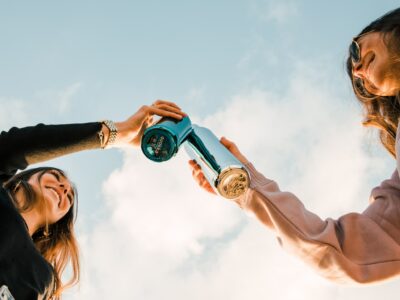 Previous Post:Top 10 Places to Get Your Study Jam On at SDSU
Next Post:How to Get a Passport 24 Hours Before Your Trip