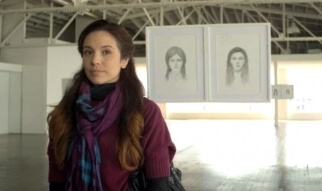 Women Are Their Own Worst Enemies

"Real Beauty Sketches" is an interesting social experiment that proves that women really are their own worst beauty critics.

The project is a part of the Dove Campaign for Real Beauty, which is "committed to building positive self-esteem and inspiring all women and girls to reach their full potential. In the experiment, FBI forensic artist Gil Zamora was asked to draw seven different women based on the descriptions of their own facial features. The catch? He wasn't able to look at their faces himself.

The experiment ended up revealing that women tend to pay particular attention to their facial flaws. “The women were really critical about moles or scars or things like that and yet they were just describing a normal, beautiful person,” said Zamora.

“I have a fat rounder face,” said another.

After Zamora finished sketching each woman, he would ask complete strangers (who spent time with the subjects prior to the experiment) to describe the women he had sketched earlier. Then, he would begin a new sketch based on the strangers' descriptions.

The strangers' descriptions resulted in a more accurate and flattering portrayal of the subject. Instead of emphasizing the women’s facial flaws, they would say things like “She had nice eyes. They lit up when she spoke."

The women were astounded when they saw the difference between the drawings and how inaccurate their own descriptions were.

However, the verdict is mixed when it comes to social media. While many people find the experiment to be empowering, others are suspicious of Dove's intentions.

Florentine Riyanto, a freshman at the School of Visual Arts said that she was skeptical when she first watched the video. "Sure it contains a great message, but still, it's a form of advertisement," she said. "It would be much more believable if they had set up a booth and picked out random women instead."

For years, Dove has been making similar advertisements that are supposed to inspire society to think differently about what is defined as beautiful. If you haven't seen the video yet, make sure to check it out below and let us know what you think–a moving campaign, or just more PR for the company?

Previous Post:Perils of Being Petite
Next Post:Am I Getting Cheated On?