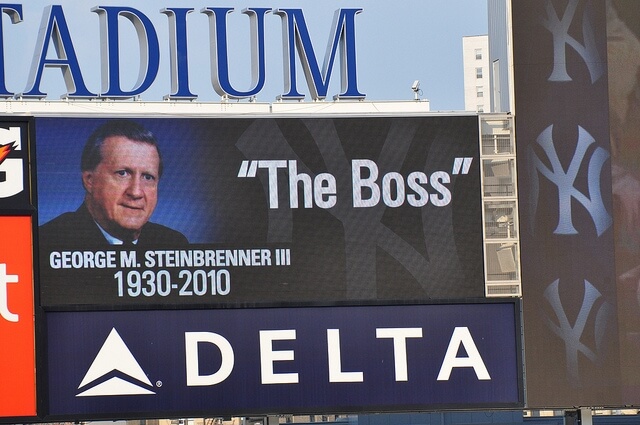 Without ‘The Boss,’ Yankees Remain The Same

After longtime New York Yankees owner George Steinbrenner passed away in 2010, the organization fell into the hands of his two sons, Hank and Hal. Some critics predicted that the 27-time world champions would enter into an era of destruction and failure. Others believed in the younger Steinbrenners. Hank and Hal showed the baseball world that they could live up to the expectations, evident by their World Series title in 2009.

That 2009 squad was largely made up of players drafted, signed or traded for by the late George Steinbrenner. Once he passed away, however, the teams he generated started to fade as well.

In 1995, three future Hall of Famers and best friends broke into the Yankees lineup at the same time. Mariano Rivera, arguably the greatest closer of all time, is nearing the end of the road at the ripe age of 42. Derek Jeter, arguably the greatest Yankee ever, is on the same page as Rivera. And the third member of the the trio, Jorge Posada, retired in January. All entered the league during the same season. All have played for Steinbrenner and his Yankees for their entire career.

With their dad gone, Hank and Hal Steinbrenner are retaining that “win-first” attitude that made the great Yankee teams famous. “The Boss” was known for making huge trades or free-agent signings in order to put together the best possible team. In Steinbrenner’s eyes, that team was going to be an All-Star team.

On January 14, the Yankees executed a trade that brought a young phenom righty, Michael Pineda, to the Bronx in exchange for their top prospect, Jesus Montero. The trade exemplified that “win-at-all-costs” attitude that Steinbrenner brought to the job each day.

In addition, the trade brought back memories of the past big-name moves that the Yankees have made. From Roger Clemens to Jason Giambi to Alex Rodriguez to Gary Sheffield to Randy Johnson to the more recent CC Sabathia, Mark Teixeira  and A.J. Burnett – big-name trades have been the main priority with the Steinbrenners in the directing chair.

Along with the signing of pitcher Hiroki Kuroda, baseball fans have been given another “All-Star Team” to despise in the New York Yankees. With or without “The Boss,” that winning attitude still exists in the Bronx. And by the looks of things, it isn’t going anywhere anytime soon.