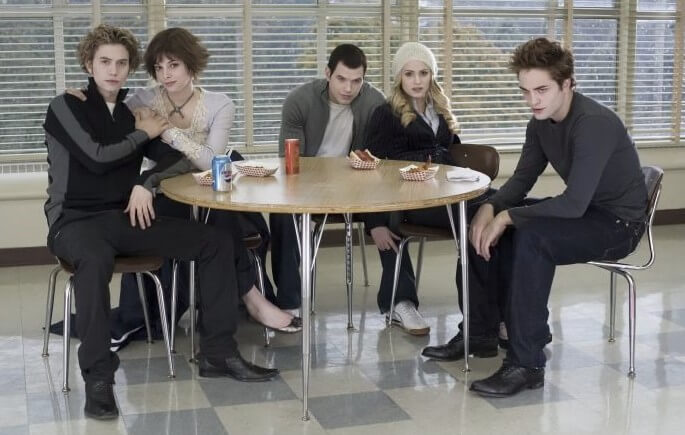 Why Are We So Obsessed With Age?

Turn on the TV and watch a commercial for a magical cream that promises to keep your face wrinkle-free. Flip through a magazine and find a picture of an old couple sitting on a bench and gazing into the sunset with a big advertisement for Viagra that basically says, “Hey old man, I’ll help you feel 20 again!” The media sums it up; we’re obsessed with the impossible chase after immorality.

Are we afraid of getting older because it means we’re closer to death, or just concerned about our outer appearance? Most people seem afraid of wrinkles, liver spots, gray hair and non-Gucci canes. We live in a superficial culture where anything important can be defined in 140 characters or less, so it makes sense that many of us are image-crazed.

According to an article on Psychologytoday.com, Americans spent $10.4 billion on cosmetic surgery in 2011. Annually, over $1.2 billion is spent on liposuction, $800 million on hair transplants and $11 billion on vitamins and supplements. These age-obsessed people probably empty their savings hoping to hear, “Wow, you look awesome!” from an old high school friend.

To add to that cost, some women spend up to $10 a month on boxed hair dye to keep those pesky gray hairs away and some men squirt Rogaine onto their shiny heads. We all want to freeze the aging process and look young forever. Unfortunately, it’s a little tough to persuade the Cullens to add us to their family, so wrinkle creams, surgical procedures, Spanx and makeup will have to suffice.

Although many aim to look ageless like the Cullens, the pale skin that comes with being a vampire isn’t exactly the best package deal. For some reason, people obsess over keeping a tan year-round. I’m assuming they’re shooting for the “just got off the beach” look, but in December, the orange glow is a little obvious. Not to mention, when those women are around 45-50ish, their past dates with good ole’ UV come back and bite them on their leathery butts.

We don’t want to see those leathery butts, so moms and grandmas, please chill. I’m not sure if mothers are getting younger these days, or if it’s that they want to join their kid’s “squad,” but I’ve noticed more women dressing much younger than their age. Aside from the outfits you witness at a Wal-Mart outing, a good portion of older women today have on clothes that a teenager would wear under her clothes. Short-shorts and a too-small crop top that says PINK across the chest isn’t exactly the best outfit for a 40 year-old woman. It looks like they’re aspiring to be Regina George’s mom.

Speaking of young, birthdays are bittersweet nowadays. A few weeks ago, I turned to my friend and joked that I was getting old. My friend responded, “Me too, I’ll be 21 in a few months.” When I told her that I was turn 24 in April, she said, “Man, that is old.” Really? Is 24 now old? We should feel vivacious and free during our 20s without worrying about age. As soon as we turn 30, we’re doomed. Get ready for a lifetime of birthday cakes with the waxy number 29 staring you in the face. No one wants to make you face the harsh reality of your age beyond 30—after all, turning 30 actually means turning 109.

I’ll admit—I’ve always been big on body image, but getting older doesn’t faze me. Maybe it’ll suck when I feel frequent back pain or my knee acts up every time it rains. The truth remains that I’m happy to be alive no matter my age. Each birthday means another year that I’m alive and healthy. If gray hair starts to bother me, maybe I’ll dye it, but you’ll never see me in a cosmetic surgery waiting room.

My point is—getting older isn’t the worst thing that can happen to you. After all, we’re all living beings and aging is natural. Instead of buying a new set of lips and celebrating your 29th birthday for the 40th time, be happy you’re alive—wrinkles and all.

Previous Post:CM’s Guide to Music Therapy Major
Next Post:Our Eyes Deceive Us: The Many Perceptions of the Female Figure