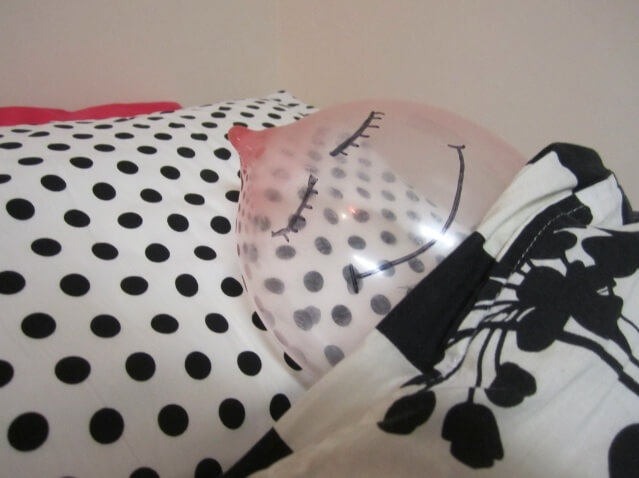 College MagazineMar 7, 2012
Home » Latest Posts » What’s a Condom Balloon?
FacebookTweet
Talking about sex gets us excited, and we all know safe sex is important. But once the word “condom” makes its way into the picture, we suddenly get squeamish. Why is that? Perhaps it’s because condoms aren’t pretty… literally. They are long, slimy, tube-like objects that could easily scare off anyone who hasn’t seen one before.
But condoms have been around for at least 400 years and they’re one of the most popular methods of contraception in the world. Not to mention essential to protecting us from sexually transmitted infections. Did you know there are over 15,000,000 new cases of STIs a year*? According to the Centers for Disease Control, latex condoms are highly effective in preventing the sexual transmission of HIV and other STIs such as gonorrhea and syphilis by providing an impermeable barrier to particles the size of STI pathogens.
At College Magazine we've found a way to make condoms fun. The condom balloon concept essentially turns condoms into art. The result is a hilarious visual that helps the word “condom” slip into sex conversations with ease.

Check out a couple condom balloon examples from our very own College Magazine team. And enter our contest to win a lifetime* supply of Lifestyles!
#1 Studying @ NYU

#2 Safe Sex, It's a Party @ University of Florida