What Ifâ€¦?: New Show â€œFlipsideâ€ Gets at the Big Questions for College Kids

Do you ever wonder  “what if?”

The concept for an exciting new show, Flipside, hangs on this question. Here’s the story: three friends have recently graduated college and are at a crossroads. (Sound familiar?) They make a bold choice.

“Here’s what we do: we flip a coin. Heads we go to New York, tails we stay in Minnesota. We leave it up to fate.”

Longtime friends Mark Feuerstein, Sam Friedlander and Adam Stein are no strangers to this ‘moment of truth,’ and because of this have dreamed up an intriguing series that follows the trio as they live out the consequences of both heads and tails.

“The idea just came naturally from us talking about where we were in our lives…but also looking at our friends from both high school and college who had gone different routes,” says Friedlander. But this “natural” idea comes not just from creative teamwork, but from personal experience.

“I know when I was finishing college I was really really torn about what I was going to do,” says Stein. “I applied to law school and also film school…I think it’s very normal. Everyone goes through that. That’s why we wanted to create a show with those themes, because we felt like people from all walks of life would relate to it.

And, so far, they do. The response to the teaser has been overwhelming, eliciting enthusiastic e-mails from supporters and questions such as: “why doesn’t a show like this exist?”

College aged viewers—like me—feel especially invested even just after three minutes. We need to make sure everything turns out okay for the three eerily familiar characters. They’re a lot like everyone we know, and model choices that we are facing at this very moment. What will happen if I decide to move home after school or if I move to a strange, new place; if I decide to stay with my college sweetheart or let them go in search of someone new?

It’s the kind of television that gets in your gut; you can’t help thinking: “this is me.” 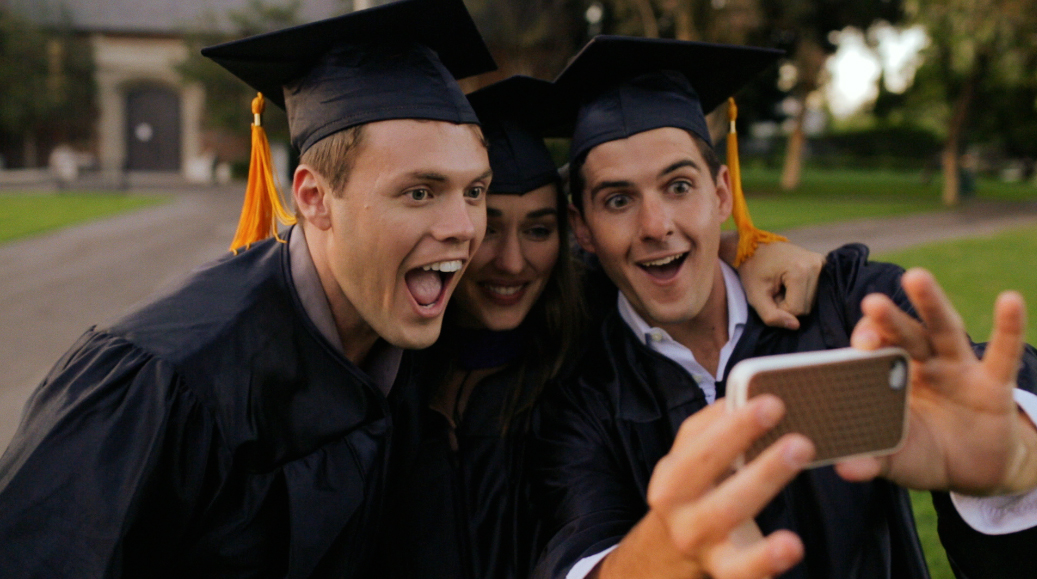 But what will the show look like on an episode-to-episode basis?

“We show both worlds in each episode,” Stein explains, “[cutting] back and forth between the two worlds to show how the characters are acting or how they’re getting along. For instance, at the end of the pilot episode, Andrew and Jill break up in New York, whereas in Minnesota, Andrew actually has an accident on the construction site and when he wakes up he sees Jill by his bedside. By the end of the episode in Minnesota he proposes.”

These huge differences, all based on one choice, are terrifyingly and thrillingly realistic. With Flipside, the viewer is given a rare opportunity to actually see the results of each choice, rather than just imagining them. At the end of the day, the show is about “exploring both sides of the coin,” as Stein puts it. Feuerstein echoes this sentiment, saying:

“At the end of the day, we’re never saying ‘this choice was better than this choice.’ As the show goes on, we’re always going to keep the audience guessing which was the right choice.”

This prompting of introspection, whether for a 20 year old or a 60 year old viewer, is what makes the idea of Flipside feel so important. It gets at a very important question: is there such a thing as a wrong choice?

The series may give us an answer in the end if and when we discover which choice the characters actually made, but Stein and Friedlander weren’t spilling any spoilers.

Stein offered: “We do have some very cool ideas for how we want to end the series,” but nothing more. Realistically, only time will tell what the right choice was.


Check out the trailer:

Previous Post:It’s All About Who You Know: The Importance of Staying In Touch
Next Post:The Morning After: Reaction to the Least Legendary Series Finale Ever