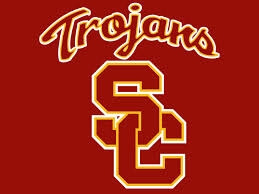 #WeLikeWhatYouWrite: Ease Off Your Commencement Speaker

USC’s Drew Klopper has a bone to pick with the way some universities treated their commencement speakers this year.

“Rather than debasing the speakers, as the protesters might hope, these actions largely discredit the universities, both in terms of their intellectual prestige and their professionalism,” Klopper wrote.

He cites several examples, including former secretary of state Condoleezza Rice choosing not to speak at Rutgers University’s graduation because students were upset about her involvement in the Iraq War while she was in office.

Keep in mind that this is the same university that welcomed Nicole “Snooki” Polizzi of Jersey Shore fame to speak at their April 2011 graduation. Klopper summed it up quite nicely:

“While turning away the first female black secretary of state when just three years ago they welcome the first American to get trashed and arrested in a foreign country on television could certainly tarnish their reputation, these embarrassing decisions are becoming a trend.”

Read the full article at The Daily Trojan, Students Should Encourage Diversity.

Previous Post:Stanfordâ€™s Reaction to Snapchat CEO’s Repulsive Emails
Next Post:Are You Failing as an Intern?