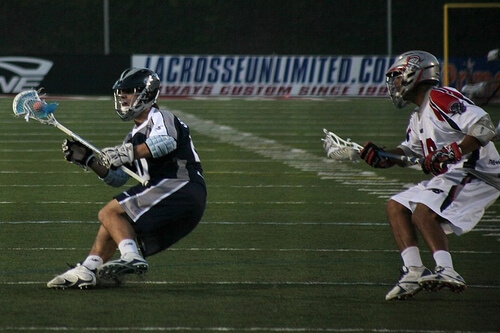 After graduating from the University of Virginia in 2008, Ben Rubeor worked in finance and learned exactly how difficult it is to maintain a job and play professional lacrosse.  Rubeor, like Rochester Rattler attack man Ned Crotty, received multiple accolades when he played college lacrosse.  While at the University of Virginia, he was a three-time all-ACC player and was a three-time All-American.  In his junior and senior years, he was named a Tewaarton Award finalist.

Like Crotty, the former collegiate standout is very humble about the Tewaarton nominations.

“I was lucky enough to be nominated my junior and senior year and to just be surrounded by those great players,” said Rubeor.  “It was a huge honor for me and I know for the rest of the guys that were nominated.”  Rubeor also excelled in classes at Virginia.  He was ACC Lacrosse Scholar Athlete of the Year his senior year and named a USILA Scholar All-American.

After graduation, this combination of lacrosse talent and intelligence allowed Rubeor to gain a financial analyst job for a venture capital firm near Baltimore and to be drafted by the Long Island Lizards.  Rubeor switched to the Chesapeake Bayhawks in 2009, which allowed him to be close to his firm.  Doing both jobs, though, was still a major hassle.  Playing lacrosse and working at the firm, Rubeor said that he worked between forty and sixty hours per week.

“It teaches you work ethic and teaches you to get your work done quickly and efficiently,” Rubeor said.

The Bayhawks' attackman ultimately realized the two jobs were not working out for him. Rubeor left this financial job and now does what he truly enjoys, coaching lacrosse camps and clinics around the country.

“I want to be one of the best lacrosse players in the world.  In order to do that, I didn’t think that I could maintain my job and do as well as I wanted to do with that job while at the same time performing at the level that I wanted to at lacrosse,” Rubeor said.  “It was a complicated decision but one that was mainly driven by my passion to be a better player.”