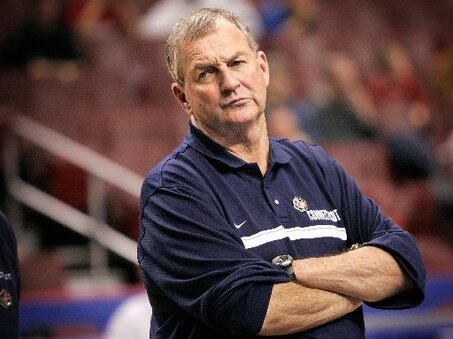 The National College Athletic Association changed several of its rules last Thursday that has the potential to keep last year's National Championship team, the University of Connecticut, out of the NCAA's men's basketball tournament for 2013.

In the 2009-2010 season, the Huskies scored 826 in the APR. The 2010-2011 scores won’t be officially released until Mary but an anonymous school official told the Associated Press the squad achieved a 975.

Averaged out, the UConn men's basketball team would only receive a 900.5 in those two years and would only get 888.5 if considering the past four.

The university released an official statement on Thursday stating: “The University of Connecticut has received clarification today that the two APR years for determining eligibility for the 2013 NCAA Champions will be a 2009-2010 and 2010-2011.”

The NCAA has stated that there will be an appeals process before a team is banned from the tournament. If UConn is banned, and the numbers don’t lie, university president Susan Herbst says they can charge back.

“We are confident that the new rule would not be implemented until schools such as Connecticut have a chance to show they have made improvements,” she told the AP last Wednesday.

If the Huskies can scrounge up some leftover luck from last season, UConn will pull through. Besides, an NCAA tournament wouldn’t be a complete pack without the Huskies.

Previous Post:Hashtag: I Love You
Next Post:CM’s 2011 Guide To Winter Wear