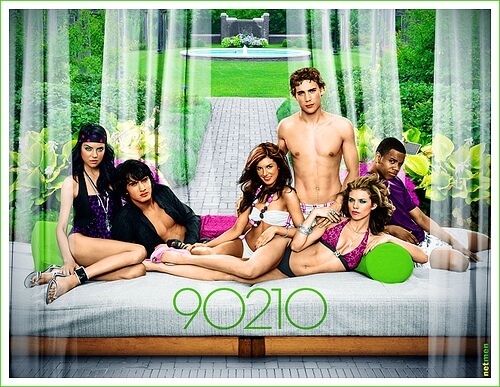 TV Shows Get A Facelift

America has an obsession with cities, counties and states. First it was Orange County, with The O.C., Laguna Beach and the first installment of the ever-so-popular series, The Real Housewives of Orange County. Then Manhattan sparked interest in shows such as Gossip Girl, NYC Prep (a one seasoner) and, once again, The Real Housewives of New York City. No one is safe from the New Jersey phenomenon; Jersey Shore is just the tip of the iceberg. The country’s most recent interest has moved from the coasts to the south to a little city in Texas known as Dallas. With Bravo launching their latest reality show to create yet another set of “Bravo-lebrities,” Most Eligible Dallas, it’s only a matter of time before they find some “real” housewives down there as well.

The spark in Dallas’ reality show fame was actually inspired by the upcoming continuation of the city’s self-titled TV series, which originally gained its popularity during its 14 season run from 1978-1991. Dallas, included in Time Magazine’s “100 Best TV Shows of All-TIME” in 2007, centered around the Ewings, a wealthy Texas family in the oil and cattle ranching business, with main character J.R. Ewing as the greedy, oil-hungry tycoon. The show left a legacy of longevity, with popular mysterious plotlines such as “Who shot J.R.?” and the “Dream Season.” In summer 2012, TNT will premiere a continuation of Dallas, which will revolve around Josh Ross Ewing III, son of J.R. Ewing, and Christopher Ewing, the adopted son of Bobby Ewing (another character from the original series.) The show will star Josh Henderson, Desperate Housewives alum Jesse Metcalf and original Dallas star Larry Hagman.

Continuations of popular TV shows past have become a commonality in new programming recently. Although most people know that 90210 is a spin off of the ‘90s hit teen drama Beverly Hills, 90210, some may not realize that it is in fact a continuation of the show, maintaining original family lines and names to create the updated version’s characters. Both the original and update series have a similar plotline — they follow the lives of wealthy high schoolers living in upscale Beverly Hills, zip code: 90210. The original series centered around brother and sister Brandon and Brenda Walsh, played by Jason Preistly and Shannen Dorhety, who have been updated to more of a modern family spin on brother and sister with Annie Wilson and her adopted brother Dixon. Erin Silver, played by Jessica Stroup, is Beverly Hills character Kelly Taylor’s half sister, who was and is played by Jennie Garth. Along with Garth, Doherty and Tori Spelling, who played Donna Martin in the original series, came back to revamp the parts that made them household names.

A more short-lived show was the updated Melrose Place, which lasted for only one season. The original series, which ran from 1992-1999, was the first spin off of Beverly Hills, 90210. The show was about a group of young people living in West Hollywood, CA, each out to accomplish their own professional and personal goals. Although there were many cast changes throughout the series, it launched the careers of now well-known celebrities such as Heather Locklear, Marcia Cross and Kelly Rutherford. Although the updated version was only on for one season from 2009-2010, it stared notable actresses Katie Cassidy and Ashlee Simpson.

Updating these shows is a great move for networks and production companies because it gets two generations invested- the younger generation who wants to see the new show and the older who wants to remember the original. However, it also seems like Hollywood may have no other options. They just don’t make shows like they used to anymore.

Previous Post:How to have a Conversation with Someone you Met but Don’t Remember
Next Post:The Weekly 411