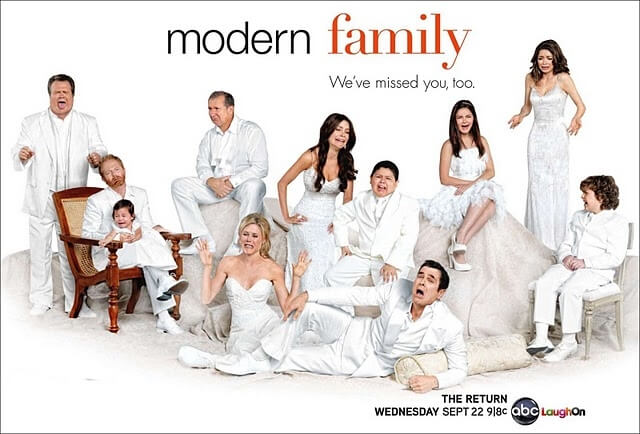 Top Series You Should Watch

Finals: they're approaching. For some of you, they may have already started. After the lenghty process is over, you're bound to be pretty wiped out. What better way to relax and wind down than by catching up some television shows that you haven't seen? Check out some of our favorites.

This is the period piece that started it all. Unlike NBC's failed The Playboy Club or ABC's struggling Pan Am, Mad Men creates the best mix of the professional, sensual era that was the '60s.

My favorite show at the moment, Modern Family is the ultimate mix of family comedy and sweetness, reminding me often of my own family. If you don't watch any other shows on this list – watch this.

What started out as a supposed rip-off of The Office turned into one of the funniest shows out there. The trials and tribulations of Leslie Knope and her co-workers at the Parks and Recreation Department of Pawnee, Ind. are worth devoting your time to.

I just got into this show and I literally have no words for the stupidity of NBC for shelving the show until after midseason. Community is the smartest show on television. Period.

Okay, I'll admit that I watch a lot of television, but I've never watched this show, but it's definitely on my personal list to watch! A high school chemistry teacher diagnosed with advanced lung cancer starts a meth lab? Sounds like quite the plot to keept things interesting.

I know what you're thinking – another vampire show? Although this show is really out there and isn't for the faint of heart, HBO's drama is also actually its secret comedy. Don't let the fangs fool you.

Once Upon A Time

Everyone thought this was going to flop as soon as it aired – it's turned out to be one of the highest rated new shows of this season. All the aired episodes will remain on Hulu until the show returns in January, all for your viewing pleasure.

*These titles are available for instant streaming on Netflix.