We’ve grown out our man-buns and we’re tired of #Netflix&Chill-ing. From insane make-up style videos to questionable fashion choices, 2015 exhausted us with its wild social media trends. Luckily it’s time to start fresh in 2016, and that means getting rid of some of the year’s most cringe-worthy trends.

It felt like every time I opened Twitter, staring me in the face was some video with the caption “What are those?” Sure, it was kind of funny the first time, and the second and even the third. But once I hit the hundredth time, it got a little excessive. Like all good things, this joke needs to come to an end.

The ability to create cheekbones from nothing was a miraculous discovery for make-up wearers everywhere. Once girls started to literally draw clown faces on themselves, it became a little much. The beauty blender is a wonderful tool, but 2016 is a good time to wash it out one final time. 2016 is looking like a year for more natural make-up trends, so hopefully we can start to leave this contouring fad behind us.

This was admittedly one of the funniest trends of 2015. Nowadays, I can’t even ask my friends to come over and watch some Netflix without somebody making some dirty joke about it. For real guys, I just want to watch hours and hours of Making a Murderer. Nothing more. If you want to chill, just say it. In 2016, don’t bring Netflix into it.

There’s nothing particularly wrong with a man bun. A lot of guys can pull this look off really well, but 2015 brought the discovery that not everyone has what it takes to rock it. Add the fade and the hairband, and this hipster trend became a little extra. It doesn’t need to die altogether, but 2016 is the perfect time to scale it back to its roots.

Talk about high expectations. Thanks to this 2015 trending hashtag, high school girls now expect their boyfriends to buy them thousands of dollars-worth of jewelry just because. It’s just cruel to demand lavish proposals to school dances including fancy cars and puppies. Hopefully relationship goals will be a little more realistic–and much less selfish–in 2016.

Whether it’s overalls or jelly shoes, the 90s were never an era known for high-end fashion. So, why did these trends resurface in 2015? Fortunately, just as we did with the 90s, I’m sure we’re capable of leaving 2015 fashion trends behind us. Let’s just hope all the flannels and high-waisted jeans don’t end up reappearing in another 15 years.

First it was the Birkenstocks, then it was Kanye West’s Yeezy collection. I’ll never understand why people will go out of their way to spend hundreds of dollars just to look like they’ve been living on the streets for the past decade. If you want sandals that make you look like you just spent a month crossing the Sahara, just go to your local thrift store. Or actually cross the Sahara in your sandals.

Was it White and gold? Black and blue? Honestly, the world may never know. But, after a full year of arguing about it, it’s simply time to move on.

The Kylie Jenner Lip Challenge led to several hospital visits and many bruised lips. Sucking on pieces of plastic to get a plumped lip look? Looking back on it, it’s pretty easy to understand why this trend needs to stop. There’s nothing wrong with a little bit of plump, but when your lips are so big you start to look like you’re having an allergic reaction, it’s time to put down the lip liner. This includes you, Kylie.

What is a fleek? And why are your eyebrows on it? This was a trend I never understood, and it definitely needs to stop. 2016 will definitely be on fleek if we can just leave these trends behind us. Did I use that correctly?

It’s a new year, so time for some new silly social media trends that we’ll surely regret by 2017. 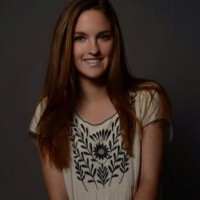 Erin is a broadcast journalism major at the University of Maryland. She enjoys acrylic painting, playing piano, and long-distance running. Erin also enjoys skiing and snowboarding in her hometown of Buffalo, New York.

10 Ways to Stop Making the Same Study Mistakes
Next Post: A Foolproof Guide to Finding a Date by Valentine’s Day