Perched on a hill like a castle reaching toward the sky, the University of San Diego boasts Spanish colonial architecture and beautiful landscaping. But, like the rest of San Diego, USD has a rich collection of stories in its haunted halls. What better place for the occult to roam than a Catholic institution? A paranormal frenzy sweeps through the freshman class each year as they learn the stories of ghosts lurking on campus.

If you set foot in one of the oldest buildings on campus, you’ll sense ghosts there. Students have whispered about the tale of the Blue Nun for years. Shrouded in ambiguous rumors, the Blue Nun’s story varies depending on whom you ask. Some might tell you of a scandalous affair between the nun and a priest resulting in pregnancy, while others swear that the nun worked at the university until the administration forced her to resign. All versions of the tale end the same: the Blue Nun hanged herself in a closet in a corner suite of Founders. When residents of Founders Hall ask why there are no lights in the closets, the Resident Assistants recount the legend, claiming that the nun used a light to hang herself. Most concur that her name comes from the blue habit she dons, while more dramatic lovers of the paranormal insist it’s because she is surrounded by sorrow.

Encounters with the Blue Nun abound, especially when students need of comfort or help. She even wakes them up for class in the morning. “She does do her good deeds,” said USD junior Mary Fanslow. “She’s there every once in a while when something really bad is happening. My friends would hear tapping on their window in the morning sometimes … Once or twice when they both slept through their alarm they would hear the tapping and it would wake them up. And they made it to class on time.” Some suggested a tree tapping on the window. But residents of Founders Hall know that room sits beside the stained glass windows of Founders Chapel. There are no trees growing out of the chapel…

Connected to Founders Hall by a bridge, Camino Hall houses a male residence hall as well as the Art, Music and Theater Departments. The brother to Founders doesn’t have as many ghostly sightings as its sibling, but the long, empty halls, the spacious theater and the rarely frequented basement create an eerie atmosphere. It’s a perfect building for San Diego’s own Phantom of the Opera. “I went to the women’s bathroom near the Music Department, and I opened up the door, and I saw this figure hunched in the corner,” USD freshman Lyra Gonzalez said. “And it scared me, so I jumped back. I looked back and the figure was gone.” Was it the Blue Nun? Or are there other unnamed ghosts roaming the halls?

Sandwiched between Camino Hall and Founders Hall is Camino Courtyard. Students flock to the tables under the sun to study or to gawk at the MFA Theater Program students running scenes by the enormous palm trees. In the mild heat of the day, you’d never suspect the unearthly happenings that the dark brings. A popular location for late-night tears, Camino Courtyard is the perfect spot for ghosts to watch you from the roof or the bridge connecting Camino and Founders. The Resident Assistants of Camino and Founders hall hear all of the gossip. Most often residents visit the RA office to relay the gossip, but sometimes they hear unsettling noises from the courtyard. More often than not it’s the raccoons, affectionately dubbed “trash pandas.” Junior Lucy Timmins said “[she] wouldn’t be surprised if the trash pandas were ghosts.” But some noises cannot be attributed to those trash-mongering fur balls.

“I feel like [Camino Stacks] is not bound by time,” sophomore Colin Alison said. If you’re cramped in a room with loud roommates, then retreat to the shelves in the basement of Copley Library. Loud fans whir in each corner, masking the sound of human presence. You’ll rarely encounter another person. But, something might encounter you. “Whenever I’m in the stacks I’m always looking for ghosts. I’m convinced that books in Latin are gonna fall off the shelves,” said senior Ale Esquer. The motion-activated lights of the Camino Stacks have turned on when students were alone. But they were too far from the lights for them to sense them.

How could a room in a library carrying the namesake of the world’s most beloved tale of the occult not be haunted? Teeming with books and procrastinating students, the Harry Potter Room looks like USD stole it from inside of Hogwarts. A popular on-line sighting of the Blue Nun occurred in the Harry Potter Room. “One particular morning (as I was reading through an assignment), a movement caught my periphery — walking up the balcony steps was a … woman in a full-length blue habit … her footfalls were not making a sound on the Mexican tiled stairs,” USD alumni Anna Plaster said referring to February 2009. When she asked a man at the library desk about the nun she said, “The man looked at me as if I was mentally unhinged …‘ I think you’ve seen The Ghost.’” Most students encounter the Blue Nun before they hear the tale.

“There’s a huge stained glass window of Jesus on the fifth-floor lounge of Maher. It always looks like it’s watching you, and it always has a light shining through it, even at night. It’s kind of out of place,” said junior Sam Kassman. Residents of Maher Hall rarely speak of it, almost as if it’s a taboo subject. More daring students sneak out onto the Maher roof. If you look away from the nocturnal view of San Diego and glance over your shoulder, you’ll see Jesus watching you. Some think the university installed that portrait to ward off misbehaving students. Few students, religious or otherwise, who have experienced Catholic school are immune to the unsettling gaze of Jesus portraits.

If you descend the staircase to the foyer of Maher Hall, a large circle consumes most of the entrance: the seal of USD. Upper-classmen warn other students not to step on the intricate seal on the floor of the foyer of Maher Hall. Allegedly, if you step on the seal you won’t graduate on time … or maybe ever. I find myself repelled by the seal, almost unconsciously. My feet avoid the circle automatically. Wondering if others do the same, I sat on a bench and observed a crowd of students moving around the foyer. Almost everyone actively avoided stepping on the seal.

8. Garden of the Sea

Often called the most beautiful spot on campus, Garden of the Sea overlooks the sparkling lights and bustling freeways of San Diego. She sits beyond the abundant plants, the reflecting pool and the ominous statues line the garden. The garden is another popular location for crying. Students whisper rumors of spying movement through their tears. Could it be that statues move in this garden?

9. Portrait of Joan B. Kroc in KIPJ

If you walk down the halls of the Joan B. Kroc Institute for Peace and Justice, more commonly referred to as the KIPJ, a portrait of the eponymous Joan Kroc hangs a little above eye-level. Clad in a gentle blue gown, Joan Kroc gazes out at passing students with haunting serenity. Though the portrait hangs toward the middle of the hall, many students swear they can feel her stare as soon as they enter the hallway. Some insist her stare follows them throughout the entire building.

Many find nuns inherently terrifying or imposing. This portrait doesn’t quite fulfill that stereotype, but Mother Rosalie’s smile reaches her eyes almost knowingly as she clutches her rosary. It’s difficult to deny how life-like her portrait is. Most ask if the Blue Nun is connected to the portrait even those she wears black and not blue. Senior Grace Strumpfer said whenever she walks near the portrait, she “gets the sense that the Rosalie portrait is watching [her].” She always avoids eye contact, but what will happen if you meet her eyes? 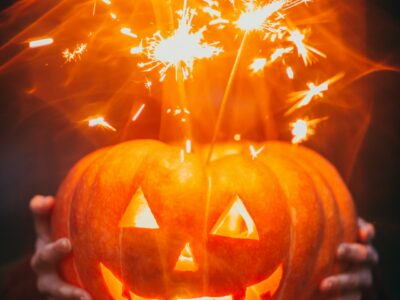 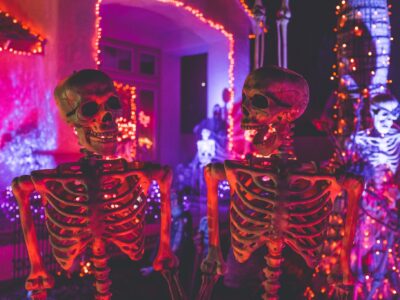 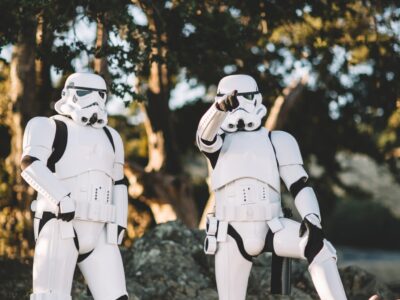 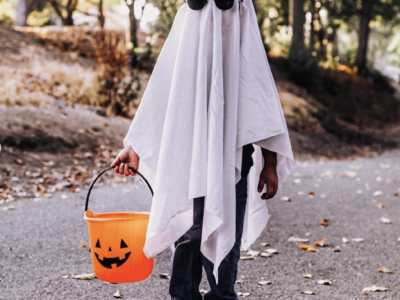 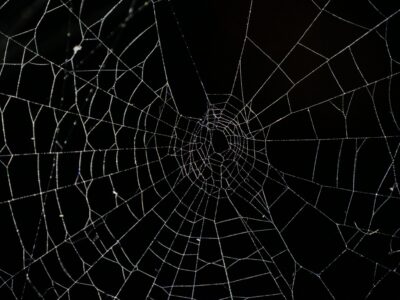 Previous Post:10 Ways To Create A Lasting Memory On Your First Day of Work
Next Post:24 Best Things to Do in Fremont, CA in 24 Hours