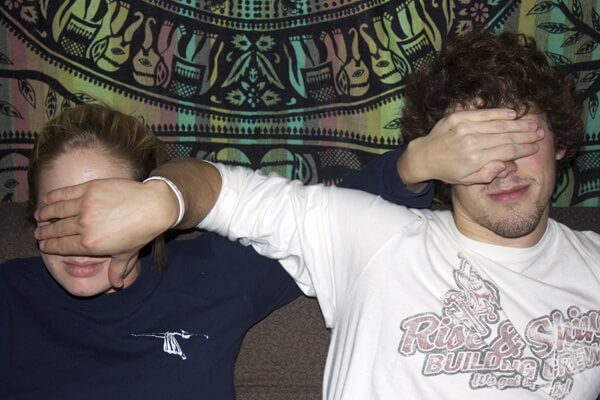 The Ugly Truth: Lying and Dating

“Do you like my new haircut?” “Am I as hot as Justin Timberlake?” “Does this dress look good on me?”

Your mind may be yelling “NO!” but your mouth says “YES” and an argument between you and your partner is successfully avoided.

Sometimes lies are benign “white lies,” where things are said or not said in order to avoid hurting the girlfriend or boyfriend’s feelings. However, lies involving infidelity, drug and/or alcohol use, finances (i.e. taking money without asking), sexual health and a litany of other issues should always be avoided.

Why? Establishing a high level of trust between you and your girlfriend/boyfriend is integral to long-term relationship success. If you lie about something important and end up getting caught (which…let’s face it…is a likely scenario), trust between the two of you becomes fractured and can lead to:

Weighing in on Lying

Brie Sheldon is a sophomore at Penn State and agreed that honesty is always the best policy in sustaining a relationship. “Lying is bad in virtually any relationship, especially in a romantic relationship…There are some things that it takes a foundation of trust to talk about, but in order to gain trust from someone you have to be open…Secrets almost always lead to bad happenings!”

Jack Medero, a senior at Arizona State University, had a similar answer: “Even white lies can end up hurting the person you’re with […] If you can’t trust the person you’re dating, it probably won’t work out.”

Psychologist and couples counselor Adam Scheck tweeted that, “While it’s good to have your own private space, lying isn’t a good way to create intimacy.”

How to Face the Ugly Truth

Even the most serene of courtships can be subject to some turbulence. People make mistakes and the truth isn’t always pretty. Here are a few ways to avoid feeling the need to cover your tracks:

1. Use “I” messages when confronting a wrongdoing by your boyfriend/girlfriend. For example, if your boyfriend is always late to meet you at the movies, instead of saying something like, “Why can’t you ever be on time? What’s wrong with you?!” keep the focus on how his behavior affects you by saying, “It hurts my feelings when you are always late for our dates when I put effort into being on time.” Stay calm and focus on resolving the issue as opposed to placing blame.

2. Be sure that your partner knows all of your values in romantic relationships and what you consider “deal breakers”.

Planning a surprise birthday party or an anniversary may require some lying and secrecy. Those are the rare situations where lying is not only okay, but most likely appreciated.
FacebookTweet
Dating Life

Previous Post:Is Your Campus Tebowing?
Next Post:Partying In A Winter Wonderland