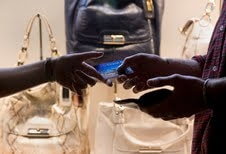 Serena is a 20-year-old college sophomore…and a sugar baby.

You may think you know what being a sugar baby means, but she’s pretty sure you have no idea. She’s not desperate for the money or looking for “endless shopping sprees and vacations at five-star hotels.” She likes keeping the secrets, meeting new people, and escaping from daily life, which forces one to ask what exactly she is escaping from. She has a job and her first two years of college have been paid for by scholarships and savings. Nothing about her screams sugar baby—except for her relationships with older men who give her money.

Serena blogs about her sugar baby experiences at collegesugarbabylife.com, which she views as a public diary. She writes of her trysts with older men: from clandestine lunches to nights in hotel rooms, nicknaming them, from “Mr. Sexy” to “Mr. Flintstone.” Her blog entries discuss everything from the money exchanges to the sex, but stay strictly anonymous.

In one particular blog post, she describes a lunch with one of these men: She goes to a place where she has been before, but which is a little bit out of the way. They discuss typical first date stuff, although Serena is careful about what she reveals, avoiding personal details. She’s pretty sure the waitress knows what’s going on, but she’s not ashamed. He picks up the tab and they go their separate ways, in an encounter that is almost undistinguishable from an average date.

In another post, one of these men asks Serena to come over to his hotel room late at night. He’s in town for business and they’ve seen each other in this capacity before.She ends up going to his hotel room and they have sex. She says that she’s somewhat upset by this; after all, she’s in it for the experience. She leaves quickly after him the next morning, a little bit wealthier than she had been the day before.

Serena heard about arrangement websites from the media and decided to make a profile after doing some research. At first, this was driven by “curiosity and boredom,” but now, she says that this sugar life has made her happier and busier. She now spends a significant amount of time sorting through messages from potentials (“pots” is the shorthand she uses), communicating with these men and setting up meeting times.

So what made this educated young woman choose to date “Sugar Daddies”?

According to Serena, men become sugar daddies for several reasons: loneliness, to save a marriage, or as an escape. She tries to understand these men, something that she claims the media doesn’t. “I’m bored with my social life, I’m bored with the people my age,” she said.

She allows herself to be picky in responding to messages and setting up dates, saying she values the chemistry over the money and realizes that it’s not worth it to put herself through something that she doesn’t enjoy, recognizing that safety is a concern; “I trust my gut, it’s usually right. […] I don’t give out any personal information immediately. I meet in daylight in a public place, and pay attention to my surroundings.”

Still, no one knows Serena's first name. All of this sounds sensible but one wonders exactly how safe it can be, considering she met these men online. She also has a very specific type of arrangement in mind for this relationship:  a non-exclusive relationship in which the two spend time together and travel together, and where she recieves an allowance– these are sugar daddies, after all.

Serena’s plans are to stick with her sugar baby lifestyle until she’s out of college… or bored with it. She feels like this kind of lifestyle is much more understandable for college students because “so many costs are thrown at you and most don’t have a way to cover it all.” While Serena has a job, she said that she can “receive more just for a few hours at a sugar dinner than 3 weeks of work.” She knows that the media views sugar babies as legal prostitutes but claims that the comparison lacks validity; “Sugar arrangements are more similar to real relationships than anything else. It’s just more businesslike and straightforward [than a regular relationship],” she remarked, adding that sugar babies don't have hourly rates or an "offer list," as prostitutes do.

“I’m not going to have sex with someone unless the mental connection and physical attraction is there," she said. "If I’m not comfortable or don’t feel up to it, I’m not afraid to say no.”

She keeps her sugar life a secret for several reasons: She enjoys the excitement of a double life, the intrigue of secrets and lies, but also knows that there could be some respect lost from family and friends. She contemplated telling her best friend, but feared that the word would get back to her mother.“I know it will eventually become a big part of my life and I’ll have to tell them, and I will,” she acknowledged.  But for right now, she’s happy keeping things the way they are.