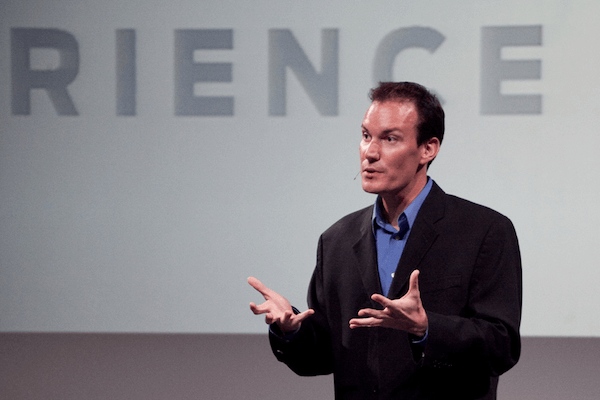 The Happy Secret Behind How to Work Better

Would you consider this statement true or false: “If I work harder, I’ll be more successful. If I’m successful, I’ll be happier.” In his TED Talk, Harvard lecturer and CEO of Good Think Inc. Shawn Achor claimed that this way of thinking about success and happiness is false.

Achor explained that this logic is flawed because each time you succeed at something such as obtaining adequate grades or acquiring an acceptable job, you then alter the goal post of success by trying to achieve even better grades or attain a more prestigious job. Achor summed up this phenomenon with, “And if happiness is on the opposite side of success, your brain never gets there… we think we have to be successful, then we’ll be happier.”

Achor said that our brains work in the opposite order.

“If you can raise somebody's level of positivity in the present, then their brain experiences what we now call a happiness advantage, which is your brain at positive performs significantly better than it does at negative, neutral or stressed,” he suggested. “If we can find a way of becoming positive in the present, then our brains work even more successfully as we're able to work harder, faster and more intelligently.”

After researching and conducting numerous trials with different companies, Achor and his team used positive psychology and figured out the secret of how to work better. They proposed methods of training your brain to be more receptive to positivity.

“In just a two-minute span of time done for twenty-one days in a row, we can actually rewire your brain, allowing your brain to actually work more optimistically and more successfully,” Achor said. He and his team of researchers asked workers at companies to write down three new things they were grateful for over a span of twenty-one days in a row.

“And at the end of that,” Achor claimed, “their brain starts to retain a pattern of scanning the world, not for the negative, but for the positive first.”

There are five things that Anchor suggested doing everyday for twenty-one days in a row to effectively rewire your brain to achieve the happiness advantage: write down three new things you appreciate, journal about a single positive experience from the past twenty-four hours, exercise, meditate, and commit random acts of kindness.

Achor elaborated more on his research and gave reasons for each of these daily activities in his TED Talk:

Previous Post:The 5 Best Non-Diet Diets for College Kids
Next Post:How To Cope With Roommates When The Room-mance Seems Lost