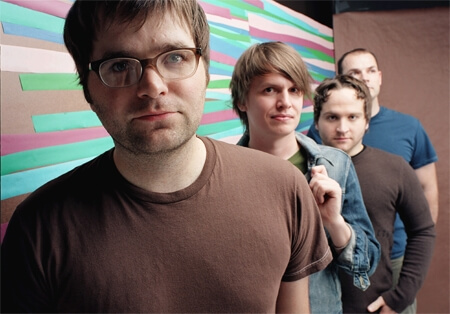 The End of Summer Playlist

Summer’s melting away.  It’s time to throw those tiki torches in the storage shed, shake the sand out of your beach towels and pick that backpack up from the exact spot you tossed it down in May.  This playlist is an ode to the summer. We know you’re not ready to give it up just yet, so let your earbuds whisk you right back to vacation — no matter the weather.

What’s more nostalgic than every indie kid’s go-to summer song? This song fits perfectly with the changing of the seasons, but you miiiight want to save it for later if you’ve still recovering from that summer fling.

So really, this song is just a soundtrack for all beautiful moments in life, but I’m pretty sure nothing pairs more perfectly with it than a sunset bike ride or ocean waves crashing on a shore… or watching the stars by a bonfire… or enjoying a three-scoop Neapolitan ice cream cone on a boardwalk ferris wheel. (so maybe I got a little carried away.)

Back Down South – Kings of Leon

Something about this band just screams romantic.  And this song has got me thinking of a “country music video” kind of summer night — dancing in the middle of a field to the sound of a car stereo, lit by nothing but the headlights and surrounded by fireflies.

At the Beach – Avett Brothers

Such a happy-go-lucky tune.  If you don’t catch yourself singing along to this one, you’re a party pooper for sure.

This song is featured on the Bing commercial about Hawaii, so naturally it’s going to remind the majority of us of summer 2012 because of that alone.  It’s impossible not to think of cliff-diving when this song plays (thanks, Bing!)  Anyway, if you haven’t heard it in its entirety, I seriously suggest you do so.

I know what you’re thinking, this song is old news. But if this doesn’t remind you of summer dance parties or cruising with your windows down, I’m not sure what will.

This is the anthem of every summer I’ve ever existed.  Belting it out on backroads will forever be a reminder of sunnier days and extraordinary times.

Upbeat and unique, this song will have you walking in a rhythm with your head in the clouds to your 8 a.m. class this fall.

Wake Me Up When September Ends – Green Day

Okay, I had to. It’s just not fair to leave this out of our otherwise sappy playlist.  For those of you mourning the death of summer, don’t worry – we’ll wake you up when September ends.