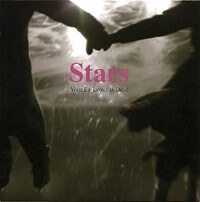 The Break Up Playlist

It’s that time in August when the summer is ending and we’re faced with the harsh reality that the next school year is beginning. For the lucky few that were able to land summer flings, this means saying goodbye to your lover, your boo, your f*ck buddy or whatever your insigificant other might be called in your cell contacts. This is the break up playlist. Break out a bottle of whiskey, open up your ex-fling’s facebook page and get ready to cry.

Your Ex-Lover is Dead – Stars

Two full length albums past Ageless Beauty and Stars still manages to captivate us with this indie classic ballad. “Your Ex-Lover is Dead” is about forgetting about him/her and was actually the soundtrack to my first break-up.

This track is fresh out the box. If you haven’t heard The XX yet, no they are not a girl-power punk band. Hypnotizing and gentle, “Angels” breaks your heart like a sugar cube dropped into scalding coffee.  This song is here for all the boys and girls who broke up too soon.

Poppy and cute, Alex Clare brought us “Too Close” to make that break up a little bit easier. This song is for all those breaking up with Stage-Five-Clingers that you have no qualms about defriending. See you never!

I think late August is a time for Karma to take a break. This is the only time of year you should be able to break hearts with the simple text: “I was just sleeping with you.” Maybe even throw some italics on that “just”.  Summer break ups mean you never have to see that guy/gal ever again. I’m not defending wrecking an individual’s love life, but there’s something to be said about breaking up too soon with that boy whose v-card you took, just so you know he’d think about you until the day he died.

And now that we’ve transition into the Anger and Bargaining phase of our grief let’s jump into a less metaphorical song. Natalia Kills just broke up with her boyfriend so the obvious solution is to kill her ex and herself just so they can be together forever. That’s some Shakespearean romance right there.

Hipsters never fear. There is a breakup song for you too, and spoiler alert: it’s ironic. “All of the bones in your body are in way too few pieces for me” pretty much sums up Chairlifts hit single. This angry break up song makes you want to dance yrself  clean while dancing on your (my) own. Oh, and btw, those were runner-ups to this list.

She’s Not There – The Zombies

This is the classic that-girl-was-a-bitch rock ballad that your mom and dad listened to. Is The Zombies’ sound too 60’s for you? Check out some more current covers by Neko Case and Malcolm McLaren.

The Ice is Getting Thinner – Death Cab For Cutie

It was extremely difficult for me to pick just one DCFC song, because they’re so good at pulling off depressed. If Plans wasn’t the soundtrack to your high school years, you were doing it wrong. This song says the seasons have changed and it’s time to move on. A word of advice before hitting play: bring tissues.

So it’s kind of ruthless of me to line up a Feist song right behind Death Cab. But the title track of Let It Die is the quintessential break up song. Like, there is nothing in this world quite as melancholy as Leslie crooning about, “Losing your mind for the sake of your heart.” Leave it to Feist to make it hurt so good.

Part of Me – Katy Perry

The #1 rule about a break up playlist is never talking about your break up playlist. But rule #2 is end with an up-beat pop song by a singer who wears interesting shaped bras. Now that narrows it down to Madonna, Lady Gaga and Katy Perry. “Part of Me” is the last stage of grief—Acceptance and Hope. It’s basically the soundtrack to your deleting his/her number from your phone. Now give yourself a pat on the back, good for you!

The break up playlist functions a lot like a bottle of shampoo. Lather. Rinse. Repeat. Breaking up can be really hard, but with the help of friends, a good playlist and a new fling it’ll go by faster than the second season of Tila Tequila’s Shot at Love. You know what they say. To get over one man, you have to get under another.