A lot of how we communicate with each other is nonverbal. Ever heard of the phrase, “actions speak louder than words”? We all have. Though people tend to throw that phrase around when trying to prove a point in an argument, it goes beyond just trying to make your significant other show more affection. The way you carry yourself in public, like subconsciously placing your hand on your face when talking to a cutie or even the way you stand up straight when feeling confident, are all sending messages to the people around you. You can tell a lot about a person and how they are feeling with simple body language hints. We picked out a few that you’d probably find interesting while on a date.

THE SPACE BETWEEN YOU TWO

When people seem interested in you, they tend to move towards you to decrease the distance between you two. They may casually start to lean towards you while mid-conversation; anything to get as close to touching as possible.

According to psychologytoday.com, they’re into you if their feet are pointing towards you versus pointing away. Subconsciously, their feet will start to point towards you while standing meaning that they are into what you are saying or are attracted to you.

Your hands say a lot about how you’re feeling without you even knowing it. Usually, people’s palms will be faced upwards in an open position if interested in someone’s company. This is them saying, “I am comfortable with you and am taking in what you are saying.” 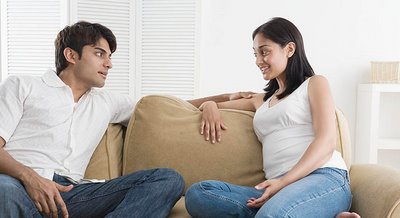 This is an obvious one. Making clear eye contact for long periods of time conveys that you are interested in what they are saying and are actually listening.

This is a huge red flag for when someone is bored with you and wants to be somewhere else, doing something else. Unless they are tired from a long day of work, sighing is never a good sign on a date. This shows, if they are not bored, that they are either aggravated or annoyed.

If their hands are closed into fists, or you can’t even see them at all, it’s probably because they are hiding something from you. That, or they are cutting you off mentally. They may seem like they are listening and intrigued with what you are saying, but their body is telling you otherwise. Another negative body language is the crossing of your arms. That has always had the connotation of having attitude,  being bored or a sign of defensiveness. 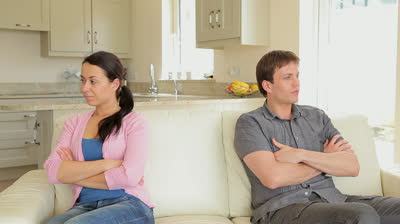 If the person is not touching you, but is fiddling with their hands, scratching the back of their neck or scratching their nose, this may not be a good sign. These kinds of actions are known to nonverbally communicate deception, doubt or uncertainty.

Next time you’re on a date or just talking with someone, try to notice these few things to see if they’re really interested in you and with what you’re saying.