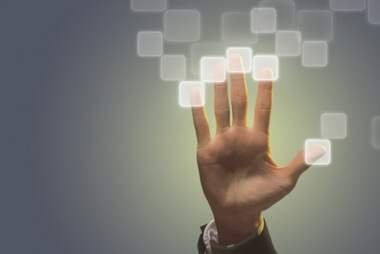 The Best New Technology for 2013

As the holiday season dwindles out numerous college students prepare to return to campus with their latest gadgets in anticipation for the new semester. The current holiday season as well as the arrival of the New Year has presented college consumers with some of the best and most tempting technology for the 2013 year.

While many of these gadgets may are desired among undergrads and seem worth the high price tag, College Magazine shares with readers which gadgets are most beneficial for tech-savvy college students.

iPad Mini: The latest version of the iPad which was released at the end of the 2012 year is one of the best new technologies available for college students. Similar to the original iPad but in a smaller package, the new version is ideal for students who need to buy a number of books for classes and don’t want the hassle of their bags being weighed down. Students can purchase multiple books on the iPad as well as take notes in class without having to lug a laptop to class.

ZAGG IPad keyboard: The perfect accessory to the iPad is of course the iPad keyboard case. The new ZAGG keyboard is ideal for on-the-go use as it magnetically attaches right to the iPad and offers full typing use with a built-in stand. The ZAGG’s consumer testing even showed that the average typing speed doubles when using ZAGG keyboard in comparison to a tablet’s on-screen touch keyboard.

Tsir wristband charger: As college students we are always on the go leaving us little time to charge our must needed cellular devices. The new Tsir wristband has a built in battery that charges not only phones but iPads, MP3s and iTouchs as well. The wristband has a time off function to save energy and even has an alarm that will remind you when it needs to be charged.

Noise-cancelling headphones: Although noise-canceling headphones have been around for a while new versions are always being released giving students the option to choose their color, sound level and even if they want to go wireless. Specifically, this past year Beats by Dr. Dre announced that their headphones were going wireless through portable Bluetooth technology. Noise canceling-headphones are ideal for music loving students who need complete concentration in the library, gym or dorm.

Apple TV: The new Apple TV allows students to access the content from their iPads, iPhones or even iTouches on their television sets while also getting access to the best HD content. Apple TV can be set up quickly and easily by just plugging in the power cord and connecting Apple TV to a widescreen TV. The device is relatively inexpensive and allows college students to view notes and books from class, music and even thousands of HD movies all on a large screen.