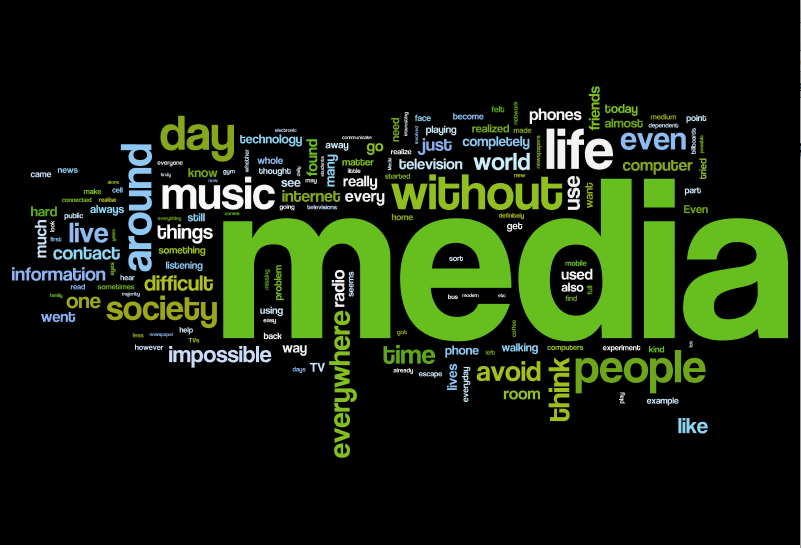 Mary Clare FischerAug 24, 2011
Home » Latest Posts » Technobsessed
FacebookTweet
In a society full of Facebook and iPhones, it is hard to imagine a world without instant communication. But life without any technology, like movies or music? Unthinkable.
Yet nearly 1,000 college students from 10 countries attempted just that last fall as part of the “world UNPLUGGED” study conducted by the International Center for Media & the Public Agenda (ICMPA) at the University of Maryland in a partnership with the Salzburg Academy for Global Change.
Students were asked to abstain from all media for 24 consecutive hours, including Internet, newspapers, magazines, TV, cell phones, iPods, Facebook, video games, music and movies. Participants then wrote at least 300 words on their experiences.

The results, released in April, revealed a global addiction to media. The third most surprising fact from the study, according to its blog, stated, “Students reported that media— especially their mobile phones — have literally become an extension of themselves. Going without media, therefore, made it seem like they had lost part of themselves.”
“It was striking to us how many students around the world wrote that going without media not only severed their connections to their friends but challenged their sense of self,” said ICMPA team member Sergey Golitsinskiy on the blog. “Who were they if they weren’t plugged in? Media are not just tools for students to communicate — students reported that how they use media shapes the way others think of them and the way they think about themselves.”
Regardless of their country of origin, students responded with much of the same reactions, citing high percentages of distress and the feeling of “addiction.”
“A lot of us expected that Hong Kong and Uganda would show vastly different reactions, but in fact, they didn’t,” ICMPA team member Jessica Roberts said. “It’s partly that access to technology as not as limited as we thought, but it’s also that the study included all kinds of media so people in Uganda might have missed their cell phones and their radios rather than their TVs. It’s human nature to want to know what’s going on and to be connected, and people are connected in different ways.”
Students from around the world also noted how beneficial unplugging themselves from the world really was.
“I’ve lived with the same people for three years now, they’re my best friends, and I think that this is one of the best days we’ve spent together,” a student from the United States said. “I was able to really see them, without any distractions, and we were able to revert to simple pleasures.”
And a student who hailed from Argentina said, “I realized the call of FREEDOM. Being without being, existing without existing.”
The implications of these results are far-reaching, with possible influences on not only students but also entrepreneurs, journalists and most importantly, universities, which tend to increase exposure to various forms of media.
“[The students in the study] were born in the late 1980s and early 1990s,” Liz Dwyer, Education Editor for GOOD, the integrated media platform for people who want to live well and do good, wrote on its website. “They didn’t grow up with ubiquitous one-to-one school laptop programs, downloadable education apps for mobile phones and e-books instead of traditional textbooks — and they’re uber addicted. What’s going to happen to this current generation of media saturated kids when they get to college?”

Find schools
CNN was scheduled to air a segment involving a four-student simulation of the study on July 22 but canceled the program due to the devastating bombings in Oslo, Norway, on the same day.
FacebookTweet
Life