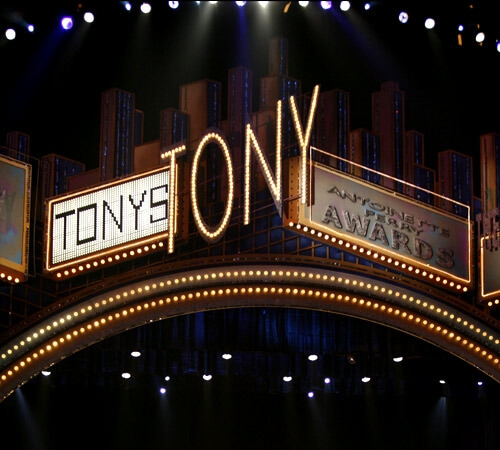 Teach Me How to Tony: Broadway’s Big Night Done Right

One night a year, the Great White Way shines its spotlights on one stage, and one stage only. This year, the 67th Annual Tony Awards is all about the standards: the ceremony returns to Radio City Music Hall with repeated (and fan-favorite) host Neil Patrick Harris.

Whether you’re an amateur actress or a starry-eyed spectator, the Tonys is the one time of year where people, on and off stage, tune in to watch the year’s brightest stars. You can make your viewing experience one to remember by preparing, practicing, and performing on a stage of your own – your home!
1. Prep Work – Watch Clips and Listen to Snippets from Nominated Shows

The Tony Awards official YouTube channelis your best friend now that the nominations have been announced. Clips from all of the shows, both musicals and plays, are available online, as well as behind-the-scenes snippets of the stars and super cute promo spotswith some of this seasonâ€™s rising stars. This is the best way to feel out the shows and its themes, particularly the prominent ones like flashy fashion-based “Kinky Boots” (13 nods).
2. Practice – Buy The Songs and Sing the Soundtracks

Many shows time their cast album releases around the Tonys to capitalize on new listeners. Get ahead of the game by heading over to iTunes or Amazon – there are normally specials on full-album purchases. Besides, with nostalgic nominees including “Rodgers and Hammerstein’s Cinderella” and “Matilda” on the playbill this year, you’ll get your fair share of childhood memories to keep you going!

3. Perform – Plan The Biggest Shindig This Side of 42nd Street!

If you’re like me, no awards show is complete without a viewing party! Invite your fellow theatre-lovers over to watch the show and check out the red carpet fashion! You can even set a theme for your foods and favors; NYC street grub like pretzels or hot dogs, theatre-themed cookies and more!

For the more avid enthusiasts, print out the online ballotand have your guests fill them out – whoever guesses the most winners gets a prize!

The time is almost here, show stoppers! The Tony Awards take the stage on Sunday, June 9th at 8pm on CBS. Share below what YOU plan to do with your very own