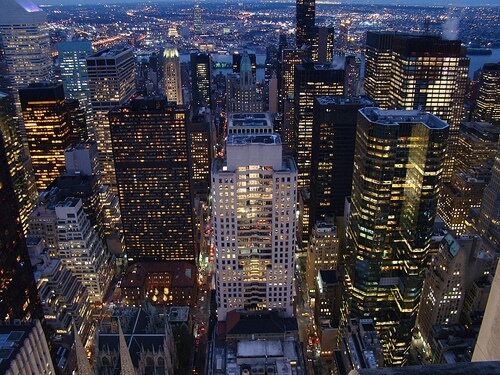 Summer in a Different City

Those who stay on campus during the summer can struggle to find ways to occupy themselves on a deserted campus. Meanwhile many students venture to unfamiliar cities to complete internships. Adjusting to a new city or a deserted campus isn’t always the easiest thing to do, but many students make the most of these journeys by getting to know the cities they’re in.

Staying on Campus
Boston College sophomore Alison Wawrzynek is spending her summer on campus. Wawrzynek is a member of the Boston College Presidential Scholars Program, which implements a service-learning requirement the summer following freshman year. Participants in the program intern four days a week at nonprofit or community organizations throughout Boston.

Wawrzynek attributes the program to her exploring new areas of Boston.

“The internships are often located in not as well-off areas of the city, so you get more exposure to these areas that you wouldn’t normally visit.” Wawrzynek said.

Staying on campus also allowed Wawrzynek to experience different Boston neighborhoods, museums and restaurants and venture to other cities on the east coast on weekends.

“During the school year, you don’t venture off campus much, because you’re so busy with schoolwork and other activities.” Wawrzynek said.who , at the end of her six-week experience, is grateful for the opportunities that the program afforded her.

“I think that it’s important for students to stay on campus and work in the city that they’re living in for the majority of the year,” Wawrzynek said “Especially at a school like BC, where students are living in a suburban environment.”

Many students are also venturing to new cities in order to complete internships to get them ahead in the job market when graduation rolls around.  For rising junior at Syracuse University, Kelly Kurkjian, a graphic design internship at Seventeen magazine led her to New York City for the summer.

“I'm a communications design student, and New York City is the hub for graphic designers, so I knew this is the place I should be, and that I will have to go [at some point.” Kurkjian said. “I looked for internships at home, but NYC has all the opportunity in the world.”

For summer interns, there are a multitude of living options. Kurkjian, who is not an NYC native, decided to live in the NYU dorms during her internship. “They are so great about having interns stay here for summers. Everyone I’ve met in my dorm so far has internships here this summer.” Living in an area where you’re surrounded by fellow interns can be akin to living in a dorm – surrounded by people your age which makes it a lot easier to make friends in your new environment.

Seeing attractions and learning the neighborhoods in your new area are just a few ways to become better acquainted with your summer home.  Aside from simply learning the tourist spots, students can try different restaurants and find their favorite haunts in their new cities.

“I’m planning to adapt to the city life by getting myself familiar with it every day.” Kurkjian said. “I need to walk around and get used to the area, and that way I can stop looking like a tourist and actually look like I belong here!”