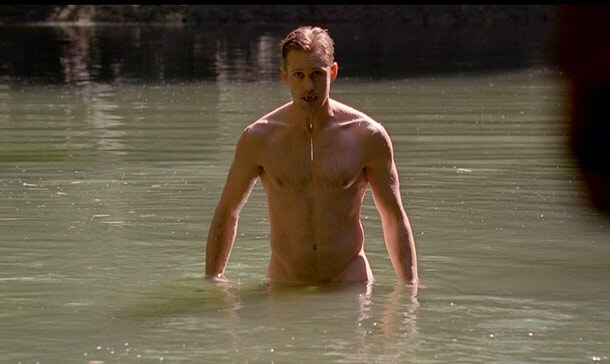 Sizzling Celebs: A Raunchy Rundown of the Hottest Beach Bods

Summer’s not only about being hot, but also about the warm weather. Puns aside, clothes are coming off and bodies are getting wet as we fall into the throws of beach season. So which drool-worthy celebs make it hard to look away? These are the best celebrity beach bods to keep an eye on this summer.

Alex Skarsgard’s got a body to suck on. He’s best known for his role on HBO’s True Blood as Eric, the sexy Scandinavian vampire whose cold shoulders give us the chills. I doubt those abs come from an all blood diet, but Skarsgard would make a “fangbanger” out of me any day.

Not only was Refaeli a cover model on Sports Illustrated, she is #1 on Maxim’s Hot List this year. She’s Israeli and drop dead gorgeous from top to bottom and I’m not just talking about her bathing suit. It’s not every day you find a girl that dumps Leonardo DiCaprio and you can understand why.

You know you have a great body when you get cast as a stripper. Channing Tatum will be the lead in the summer blockbuster Magic Mike which will definitely make its money on movie-goers just there to see him without a shirt on. Cash well spent.

Classic hottie Anastasia Ashley is a model as well as a surfer. A body shaped by its natural habitat is a beautiful thing, and who doesn’t like a girl who goes to the beach for more than just a tan. I swear wetsuits are some kind of cruel joke.

Cam Newton is the quarterback for the Carolina Panthers and has obliques cut like marble. His body is bordering on perfection, and it’s making me really wonder why we make our pro football players wear uniforms at all.

Miss USA is giving America a good name. Olivia Culpo, a student at Boston University, has legs for miles and a body you’d never expect to find in New England. #ThatAwkwardMomentWhen Miss Rhode Island looked better in a bikini than Miss Florida.

Nothing says sexy like, “I had sex with my half-sister and might have killed your best friend.” No? Well that’s not stopping women from swooning all over Keegan Allen of ABC’s Pretty Little Liars. Now if only we could put Mr. Fitz’s face on his body…

Glee’s Mr. Schue actually has a chiseled body underneath all those cardigans and ties. I will always remember where I was that fateful night I watched his clothes get ripped off in the Rocky Horror episode. Some may wonder why he beat out Darren Criss, but like, come on. No one pulls off chest hair like Morrison.

Sarah Hyland has a classic look that says ageless beauty. She plays a high school student on ABC’s Modern Family, but don’t worry, she’s legal. Just goes to show you don’t need to have a cut body to look downright sexy.

Previous Post:Hakuna Matata And Other Student Rules To Live By
Next Post:TV’s Funniest Dads