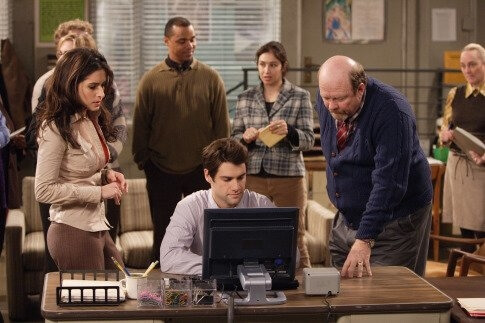 Sink or Swim: TV from the UK

With a somewhat expected flop, MTV didn’t renew the Skins adaptation that ran this spring.  The show originated in the U.K. on E4, popular for shows Skins and Misfits.  But with a large amount of shows transferring from across the pond, you never quite know what to expect.

Several possible explanations are available as to why certain programs don’t make a successful transition to another country.

Most television watchers, radio listeners or Internet surfers are aware that what they see, hear and do is regulated by the Federal Communications Commission (FCC).  What people might not know is to the extent the FCC truly prohibits profanity, nudity and other mature content.

The FCC’s regulation of indecent material is one part business and one part viewer discretion.  While the FCC does prefer not using certain language between 6 a.m. and 10 p.m., the bottom line is if nobody complains about what they heard or saw, the channel won’t be punished.

The second factor is incredibly influential: commercial sponsors.  Viewers can, at any time, report anything they feel uncomfortable with but often times don’t find a need.  The pressures from advertisers to tone down what writers and producers allow in their programs is heavy enough that they would not want to risk legal repercussions.

Another reason shows may not work is their relatability factor.  When MTV announced they were doing an adaptation of Skins, viewers of the original U.K. version were apprehensive of its adaptability.

“I don’t exactly see how they’ll make Skins work.  Their lifestyle is just so different than an average American teen.  I’m not saying it won’t work, just that it’ll be interesting to see the changes they make,” Lacey Richards, senior at Towson University said.

The show Teachers, another hit or miss with viewers, focuses on a middle school English teacher who lacks interest in his students and pays more attention to the British History teacher.  The show follows several members of the faculty, introducing awkward love stories and never fully catching viewers’ attention. However, some viewers enjoyed the raunchy comedy wrought with nonchalant discussions of one-night stands and others sitting back in disbelief.

While everybody can, at some point in life, relate to sexual desires and being worn down from work or school, overall people felt as if the writing and plot lines were too immature for the typical viewer.

According to a comment on imdb.com, “The humor in this show seems like it is trying to target an audience with an I.Q. of 40 or below,”

As with everything, there will be people who don’t approve of what is or is not being allowed on TV, radio or the internet.  The FCC, writers, producers, actors and everybody else involved in making our entertainment cannot possibly please everyone, but ultimately, it comes down to the viewer when a show sinks to the depths of Davey Jones’ locker.

Previous Post:Giving Rehab Another Shot
Next Post:Crowning a July Champion