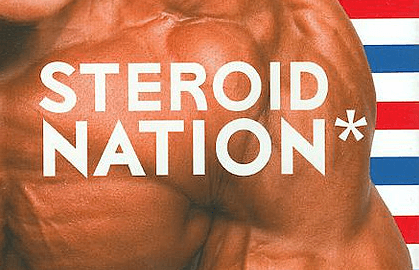 Rise of the Roid: College Edition

At this point, even those who pay only the slightest attention to the world of sports should be able to list at least one similarity between those four men.  They were all superstar professional baseball players who soiled their legacies with their connections to steroids.  When people discuss the “steroid era,” baseball and its well-documented problems with performance-enhancing drugs usually dominate the conversation.  Not only have steroids been found in other professional sports, but college athletes, especially football players, have begun using these supplements as well.

The NCAA has had a drug-testing program in place since 1990.  Division I and II football players get checked at least once each academic year and sometimes more, including random searches at bowl games.  A positive test will result in a one-year suspension that can be repealed only if the player passes an exit test.  Even though statistically only about one percent of athletes test positive for steroids and only three percent admit to using them, some say that those numbers are not entirely realistic.

“Over the course of my five years at BYU, I have concrete proof of 13 to 15 guys [using steroids], and I would suspect five others,” said the 2001 All-Mountain West Conference center.  “My best friend (an offensive guard) was a steroid monster.  I shot him up probably four time in the butt.”

Scukanec claimed to have never partaken in these drugs.  “There was a lot of pressure on me to do it.  Had I been a marginal player, I might have done it… I never faulted guys for doing it, though.  It was a personal choice.  I just drew a line in the sand for what I was willing to do.”

Why do college athletes feel the need to take banned substances?  Some might do it as an attempt to emulate a sporting idol, others to gain an advantage in their sport, and others might just cave into pressure from teammates, coaches, or parents.  The last two reasons are more for gaining recognition than anything else, but pros do not always provide positive examples for those with dreams of someday playing their sport professionally.

During the 2009-2010 NBA season, Orland Magic forward Rashard Lewis tested positive for elevated testosterone levels and was suspended for ten games.  Since that suspension, his career has spiraled downward to the point where he is currently riding the bench for the Washington Wizards.  That story alone might make a wonderful “Avoid the Roid” public service announcement.

If that does not do the trick, this tale of terror might: after a third positive test for performance-enhancing drugs, MLB great Manny Ramirez opted for an early retirement rather than facing a 100-game suspension for violating the league’s drug policy.

Take an illegal substance and end a remarkable career or continue playing and making millions of dollars?  Decisions, decisions.

Previous Post:From DJ To Manager
Next Post:Zach Galifianakas Hates To Be Loved?