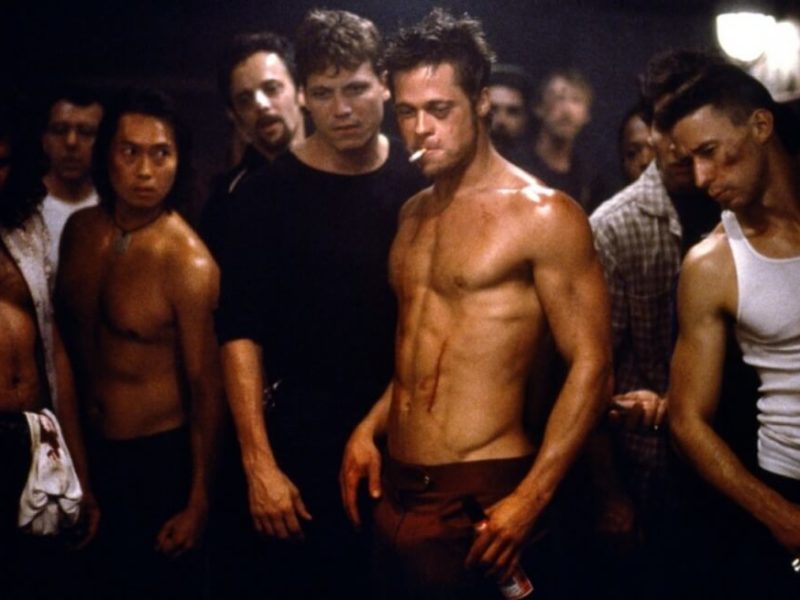 Putting Up a Good Fight

Every relationship has that “grace period” where everything is wonderful. You want to spend every minute together, do anything you can to make the other person happy and even display your affection in public…constantly. What could this person ever do to upset you? Well let’s be realistic, this honeymoon phase expires. Eventually, there’s going to be times where you don’t like or agree with your partner and things are going to get messy.

“In most situations, the woman is not going to leave it alone until she is right. So really, the guy just needs to admit he’s wrong from the get-go; that way, they can both move on,” said Julie Chapman, a freshman at East Carolina University. While that may be true sometimes, arguing the right way can sometimes lead to a better understanding and deeper relationship. Here are a few reasons fighting might ensue and some ways to resolve them.

Fighting Over a Lack of Listening

Listening is probably the single most important element in any relationship. It’s what makes us feel important to the other person, what makes us feel like they think about us. When it’s obvious that the other person doesn’t care about what we’re saying, it’s natural to feel upset. That being said, it may not be that your partner isn’t listening, but that you aren’t saying anything. Many times, people assume that their significant other can just naturally gauge what’s wrong. Girls: we’re definitely guilty of this, often assuming that we don’t have to tell our partners what we need, but that they should already know and dropping endless clues that they just can’t seem to pick up–just a hint: girls need more than a nod to confirm that you’ve been listening. Guys: it’s okay to let your partner know that you have an opinion too, and that they cannot ignore your feelings.

Even when you think you’re being clear by sighing heavily at frustrations, not everyone can read your mind. “Being a girl, I tend to hint at things I’m upset with, as opposed to just saying, ‘Hey, I wish you wouldn’t text her all the time,’” admitted Abbey Lowery, a sophomore at the University of North Carolina at Wilmington.

Fighting About Another Person

Jealousy is also something that’s bound to rear its head during a romantic relationship. Let’s say you see text in your partner’s phone from someone of the opposite sex… even though you know that they’re with you, there’s still a part of you that gets upset. They may even check someone out on the street, causing you to feel a flush of anger. While neither of these things is that big of a deal, if left unaddressed, you’re probably going to continue getting angry.

Instead, take a breath and really think about the situation’s severity. Don’t just invent a web of “what if’s”; address the situation calmly. It’s important that boundaries are set, and that you (without seeming insane and controlling) explain to your partner why these things bother you. As long as you do it in a non-accusatory way, they’ll probably be flattered you care so much.

Obviously you and the person you’re dating aren’t going to always be interested in doing the exact same thing. You may both have different ideas of what a fun night out may be. To resolve these kinds of arguments, compromise is essential. “You have to be honest about needs and expectations. You also have to understand that what you want or thought, may not be what the other person wants,” said Matt Tedford, a sophomore at the Fashion Institute of Technology. Since you both want different things, the only way to solve this is by balancing those out. Take turns deciding what to do together so one person isn’t always unhappy and don’t be afraid of spending time apart with your own group of friends. A healthy couple can trust each other enough to break away and have their own fun for a night.

This occurs when the reason for fighting isn’t even a real reason. One or both people may start to pick fights over things that really aren’t all that significant. There’s definitely underlying problems that should be addressed if this constantly occurs. These fights often start over the smallest thing, but eventually catalyze a full-blown fight. If this is the case, there’s probably no amount of listening or talking that would stop it. Nit picking is a sign of both a controlling relationship and perhaps even a “safety” relationship—one where a partner is simply staying out of habit. The person wants to fight because they’re unhappy and that’s when the relationship probably needs to be re-evaluated.

As long as it’s done in a healthy way, “fighting” can yield better insight to a relationship. It’s important that issues are dealt with before resentment builds up and that in each instance, the couple moves forward towards a stronger connection. Lowery agreed, “Communication is key. Without fully discussing your concerns and thoughts, it becomes a circle of arguing.” Who wants that?

Previous Post:Q&A: Aaron Pflugrad, Wide Receiver from ASU
Next Post:Bring Your Gun to Class – Soon students might be able to