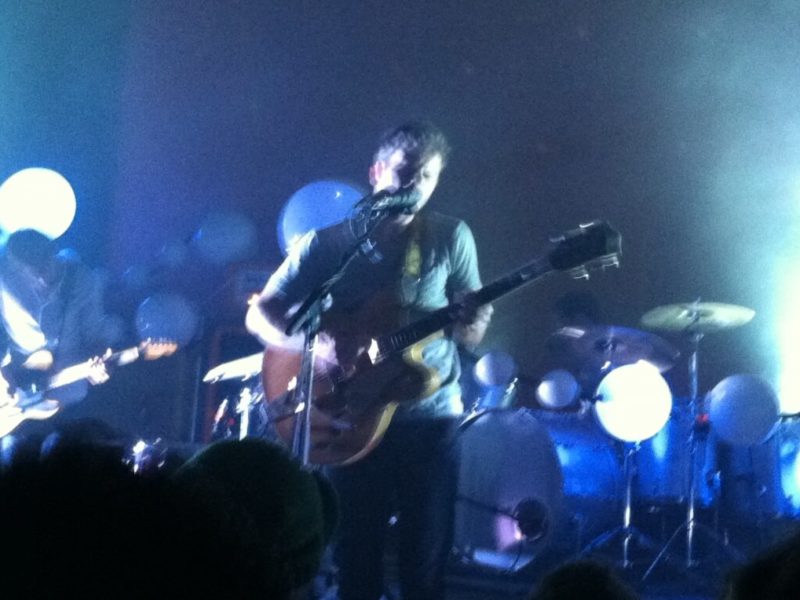 Being an entertainment journalist can come with some seriously awesome perks at times. In addition to interviewing Portugal. The Man drummer Jason Sechrist, I also received two tickets to their show in D.C. at the 9:30 Club last night. Admittedly, Portugal’s brand of psychedelic rock usually is not my style (the only two concerts I had been to previously were The Black Eyed Peas and Katy Perry). I may have only known a few of the songs on their set list, but judging from the screams of adulation from the mostly college-aged crowd, Portugal was clearly The Man.

The 9:30 Club was a perfect venue for a band like Portugal. Their style is not meant to entertain, say, an arena like the Verizon Center that holds 20,278 people. But the sold out 9:30 Club (which maxes out at 1,200 people) was the intimate setting that allowed Portugal to rock out and watch while its most diehard fans jam to tracks like the power ballad “Sleep Forever” and fan favorite “People Say”.

Portugal undoubtedly came to play. Lead singer John Gourley and bassist Zachary Carothers were front and center the entire time, and the two proved they know a thing or two about showmanship. There were moments where both of them zoned out and seemed to be lost in the music, showing their love of and commitment toward their work. They may have overused smoke effects and colored lighting, but the music still came through loud and clear.

Portugal was definitely the highlight of the evening, but I would be remiss if I didn’t mention two other elements that made the evening special. The opening act, Alberta Cross, was surprisingly strong and made me want to find out more about them. More importantly, I have never seen a bigger gathering of hipsters in my life. It was like an ocean of thick-rimmed glasses, plaid shirts, and skinny jeans. Portugal: take note of your audience and keep up the good work so they keep coming in droves to your shows.

Previous Post:Halloween Around The World
Next Post:College Basketball Preview: The ACC