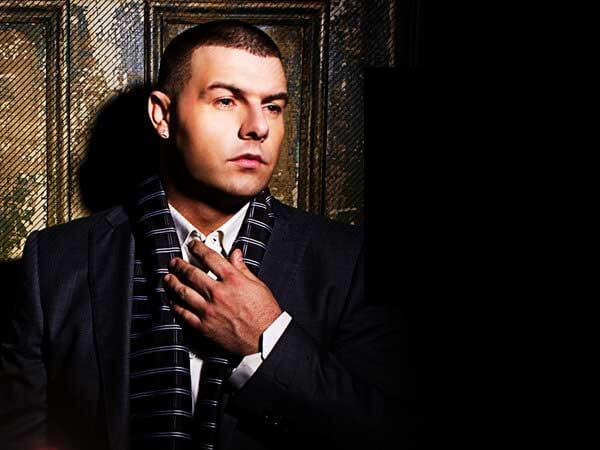 Paint the Town: CM Interviews Ricky J, A Rapper With His Own Genre

You can’t say Canada hasn’t been pulling its weight in the music scene. Nickleback aside, the country has produced some great acts like Celine Dion, The New Pornographers and, dare I say it, Carly Rae Jepsen. Breaking into the scene back in 2001, Ricky J is Canada’s best-kept secret, and the DJ/Rapper is best known for his hit “No Means No.”

“I realized that I wanted to be involved in music and entertainment since… I know it sounds cliché but ever since I saw Michael Jackson moonwalk,” he shared when I asked him how he got his start. But 11 years in the biz later, Ricky J’s sound has changed quite a bit. “I believe my music now is targeted more towards the later teen and college going crowd.Definitely geared for more of a club atmosphere and the we-want-to-have-fun crowd.”

Ricky J’s new album Paint the Town was released April this year and demonstrates a huge departure from his debut Lose Control. “I never really sung fully on an album and with the Paint The Town record, I wanted to show case my singing ability and to show I can do some pretty good music in the process,” he explained. “With this album I went a hint electro, hint pop, dash of urban, some dance and found my own lane.”

“I am a club kid,” declares Ricky J. “I grew up on tweeters and speakers. I feel that the club environment gives me inspiration to keep it all positive since there is way too much negative in the world.”


Many of these negatives are derived from the challenges he faces everyday as a musician. “Thebiggest challenge is not always having the right budget to push your music and product the way you want to push it and the way it should.” So there you have it, Ricky J is a pusher. Put that in your burn book.

Ricky style is a somewhat amalgamation of sounds and ideas he gets when listening to music at the club. “Sometimes I’m in a club and I’ll hear a certain song and I’ll get an idea, so I get out my voice note recorder and jot down the idea. Then sometimes I’m at home and I’ll feel creative, so I’ll start a little beat and send the idea to one of my co producers and then start writing an idea or concept with one of my writing partners or alone.” His sound is bubble-gum poppy and instantly catchy.

So as a veteran artist with few big hits already under his belt, I asked Ricky J what kind of advice he had for college students. “I say never ever give up and do not listen to everybody’s opinions; everybody thinks they are right so go with what your gut feeling is saying. The music business may seem hard, but do what you love and love what you do. And don’t do it just for fame or money.” There you go. That’s some sound advice and all the morals you’ll get from the first season of Glee.

But in all seriousness, check out Ricky J’s pop hit “One Drop” which has a title just begging to be dubstep-ified. His Paint the Town tour is still TBA, so keep his site on your favorites list for when the tour dates go up. Having thrown parties for Lady Gaga, Pit Bull and MSTRKRFT, you can trust us when we say that’ll be a show you don’t want to miss.