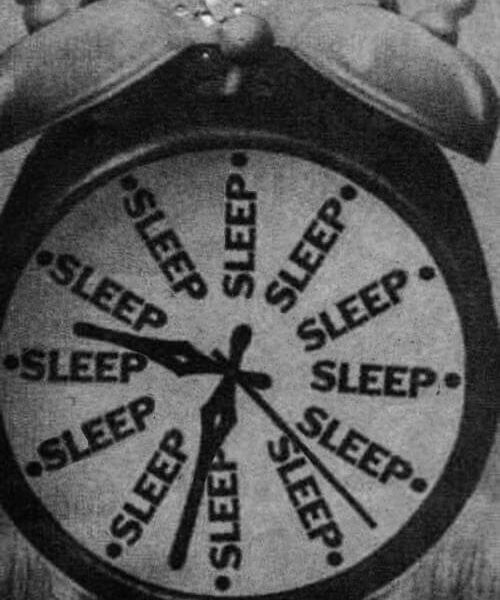 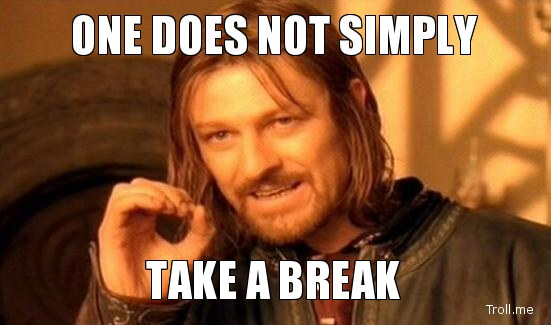 In the start-of-semester swell of deadlines and social obligations, taking a little time for yourself might seem impossible. Despite the threat of approaching due dates, failing to take a break can prove as detrimental as failing to study.
As stress levels peak, sometimes you just need an adult time-out. Rather than feeling guilty for taking time away from your notebook, consider it part of your study schedule. The New York Times reports that regular study breaks improve cognitive function. Detaching from strenuous mental activity leaves your mind more productive and creative when you get back to work.

Try reading a novel, listening to music or taking a walk when you begin feeling stressed. If you still find yourself struggling to calm down, many universities offer relaxation techniques and tools for free.
Don’t wait until your brain launches an atomic detonation. Take a break. My freshman year nearly ended in academic disaster because I refused to acknowledge that I needed time to breathe.
Always the overachiever, the 18 credits scheduled for my first semester seemed insufficient. Thinking I would have too much time on my hands, the first week of class became a Columbus-style search for a new world of clubs and jobs.
Sooner than I knew it, I found a part-time job at the library and a place in my college’s student council. Monday through Friday, you could find me in class or at work from 10a.m. to 5p.m. My evenings composed an endless melody of meetings and social events.
I couldn’t remember the last time I cracked open a book or watched a movie, but hey. I could handle it.
Then came the week of September 23: A week that will live forever in my darkest nightmares. Syllabi long lost in the abyss beneath my bed revealed a frightening prophecy. Those five days would see three exams, a speech and two papers. Did my professors coordinate due dates during a meeting of the league of evil?

Find schools
(via giphy.com)
Ok, plenty of time. Let me grab some flash cards at the grocery store. That book for Egyptian Mythology has to be in my closet somewhere.
September 20: 3 Days Until Hell Week

(via giphy.com)
Awesome, someone posted the History PowerPoints online. Now it’s time to get started on one of those papers. Wait, didn’t I sign up to help with a club fair today? Crap, well I guess there’s no better time for my first all-nighter.
September 21: 2 Days Until Hell Week

(via imgarcade.com)
Four pages single-spaced?! I didn’t know I signed up for “Ninja Warrior.” Why does my communication professor require a written memo with every speech? I promise, I won’t be saying anything that groundbreaking. Which test is on Tuesday again? What is sleep?

(via makeagif.com)
Spanish! I forgot about Spanish! Je ne parle pas espagnol. That’s not even Spanish. Why can’t I remember Spanish? Actually, why can’t I even remember what I just read? Did I forget how to read? Oh my god, I’m going to fail. I should drop out and join the circus. Do clowns really go to college? Will I fail that too?
Eighteen years old and I had cracked. For the first time in my life, studying proved impossible. The information meticulously gathered on note cards and study guides passed in and out like a revolving door. The first drafts of my essays served as ramblings of a mad man, combining irrational logic and adverbs. My brain could have only been more fried if I threw it in a vat of oil with sliced potatoes.
Sooner than my overburdened head realized, the week came and went. Miraculously, completed exams and essays found their way into submission boxes. Although I still think my professor must have been drunk, my speech rubric praised the comprehensiveness of my argument. I made it out alive. The memory of hell week could be suppressed (at least until grades were posted).
Though I survived, my midterm meltdown could have been avoided. I didn’t need another hour of review; I needed a break. I got so caught up in deadlines that I forgot to take time for myself. While my stress level would have remained unchanged, taking an hour or two for a nap or a walk could have cleared my head. Even a wasted 40 minutes on Netflix beats constantly juggling activities and assignments.
When due dates become more constrictive as the semester progresses, schedule time for breaks. Walk away when that paper on Machiavellian philosophy in a modern age becomes too tedious. If you start early enough, you can make the time. That extra hour in the library at 2 a.m. won’t do any good if it costs you your sanity.
(main images via troll.me and weheartit.com)
FacebookTweet
Life

Previous Post:Love Life in College: How Well Can You Juggle?
Next Post:What Millennials Want in a Career