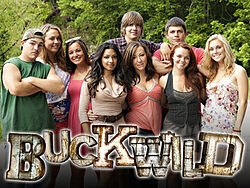 On MTV’s Buckwild: A Rebuttle from a true West Virginian

As Jersey Shore’s successor, I’m sure anyone with a television has come across MTV’s newest series, “the Jersey Shore of Appalachia,” Buckwild. The reality series, which documents a group of childhood friends from rural West Virginia, has come under strict scrutiny from many West Virginian natives, politicians and even those in the tourism industry, claiming the show casts a negative light on the state. Sound familiar?

Despite a storm of negative feedback from locals, MTV is getting exactly what they wanted. Most of those upset about the show turned to MTV like clockwork during the show’s premiere to see what all the hype was about. And each person who tunes in ups the show’s ratings, regardless of motivation for doing so. According to Nielsen, the premiere averaged 2.5 million viewers, up from the 2.4 million who tuned into Jersey Shore’s debut (and we all know what a household name Jersey Shore has become, so it’s not looking promising, West Virginia).

While many resort to posting political rants on Facebook and Twitter concerning the show, I can’t help but think, “so what?” Even a letter from Senator Joe Manchin to the president of MTV, Stephen Friedman, was practically a slap in the face upon its reception — Friedman did not even bother to reply.

I can’t lie, even I blushed when I witnessed a cast member riding in the claw of an excavator for fun (and subsequently being pelted into a puddle of mud to top it all off), but I also have enough sense to know that I am not defined by their actions simply because both of our driver’s licenses say West Virginia.

As many New Jerseyans were thrown into a state of panic at the instatement of Jersey Shore, I happily patronized the show because it was just too hard to not watch a group of girls and guys drunkenly lose their clothes in the hot tub. Now that it’s West Virginia’s turn, we expect others not to do the same. It’s important for us to remember that although we loved Jersey Shore, we also knew ten miles from that very pier in Seaside where Snooki was knocking back shot after shot in her six inch zebra-print heels, there were people with normal complexions and flannel pajamas and nine-to-five jobs cursing at the television for corrupting their “image.”

That’s just what the media does – it exploits. It finds a little pocket of oddity – somewhere, anywhere – and it uses it up until the audience becomes bored with it. In recent years, West Virginia has been labeled home to the most obese city in America, the least educated, the most miserable AND the second poorest state, so granted, we’ve got a lot of oddities. While many will probably be disgusted by my mention of these statistics, there is no denying the facts.

And I have to say, the show isn’t even all wrong. Aside from some gross inaccuracies (like the fact that their “local” swimming hole was actually in a town called Poca, about 30 miles west of Sissonville, chosen, I assume, to highlight the coal-fired John Amos Power Plant in the background), obviously these people do exist in West Virginia. Anyone who denies that fact is flat-out lying. But they also exist in New York and California and Texas and Oklahoma. On the contrary, there are also many educated, hardworking West Virginians – but who wants to watch a show on that? No one.

I’m proud to be from West Virginia, but I’m not going to beg that the show be canceled. I have faith that MTV’s audience will tune into the show because the cast is loud, obnoxious and entertaining, not because they truly believe all West Virginians swim in dump trucks on our days off from trash collecting.

A new episode of Buckwild is on tonight at 10pm on MTV.

Previous Post:Joe Benun Wants YOU To Run A Marathon
Next Post:3 a.m. Text for Sex? Been There Done That