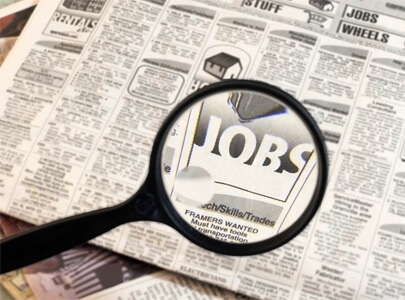 It’s been said that what you do today directs you to the path that will lead you to tomorrow. And who knows—maybe the happiest place on earth is at the end of that path.

An on-campus job may seem mundane to some or a necessity to others, but what is for certain is that an on-campus job can open doors to much bigger opportunities outside the campus limits.

The summer before transferring to Stony Brook University, Emily Felton knew that she needed some sort of income. She found what she was looking for in campus dining and was hired as an employee of the Student Activities Center in the dining area.

“This job allowed me to not only serve the student population but also network with all kinds of people within the Stony Brook community,” says Felton. She says that she enjoyed the flexibility of working within the campus community—especially that the SAC was only a little more than five minutes away on foot.

“They were great at working with my class schedule and understood if I was unable to make it to work due to my extracurricular activities,” she says.

Working on campus within the food service isn’t the end of the line for Felton. Last spring, she became a quick service food and beverage intern at Stands East, which includes all of the food stands in Tomorrowland and Fantasyland in Magic Kingdom.

It doesn’t end there. Recently, Felton was promoted to general teller, which moves her away from being involved directly with guests to a position that requires more responsibility. In her position, she counts the thousands of dollars that the six locations bring in daily. She is the only intern out of the dozen general tellers in Stands East and is in the highest position available to the College Program interns.

What’s the moral of the story here? No job is too small, even if it’s an on-campus job. They present you with opportunities that may not have been available otherwise.

Not sure if an on-campus is right for you? Codswallop. Felton gives advice to the uncertain and unsure: “Try it out! Even if you can only work 10 hours a week, being able to network as a university employee is a valuable experience that you can't really do just by eating at the SAC every day. It takes an equal respect for one another that is gained through a successful day of working for a common cause-serving the campus community.”

It’s a game of networking; all jobs are. However, with an on-campus job, you’re networking with people on a personal and university level, something that can’t totally be achieved elsewhere.

Previous Post:The Art of a Sports Movie
Next Post:Mad for Monochrome